The transphobic comments directed towards Rachel Levine and the racism and sexism levied at Vice President Kamala Harris are revealing of the wider right-wing argument that anyone from a traditionally marginalized group reaching a position of authority must be cheating the system. 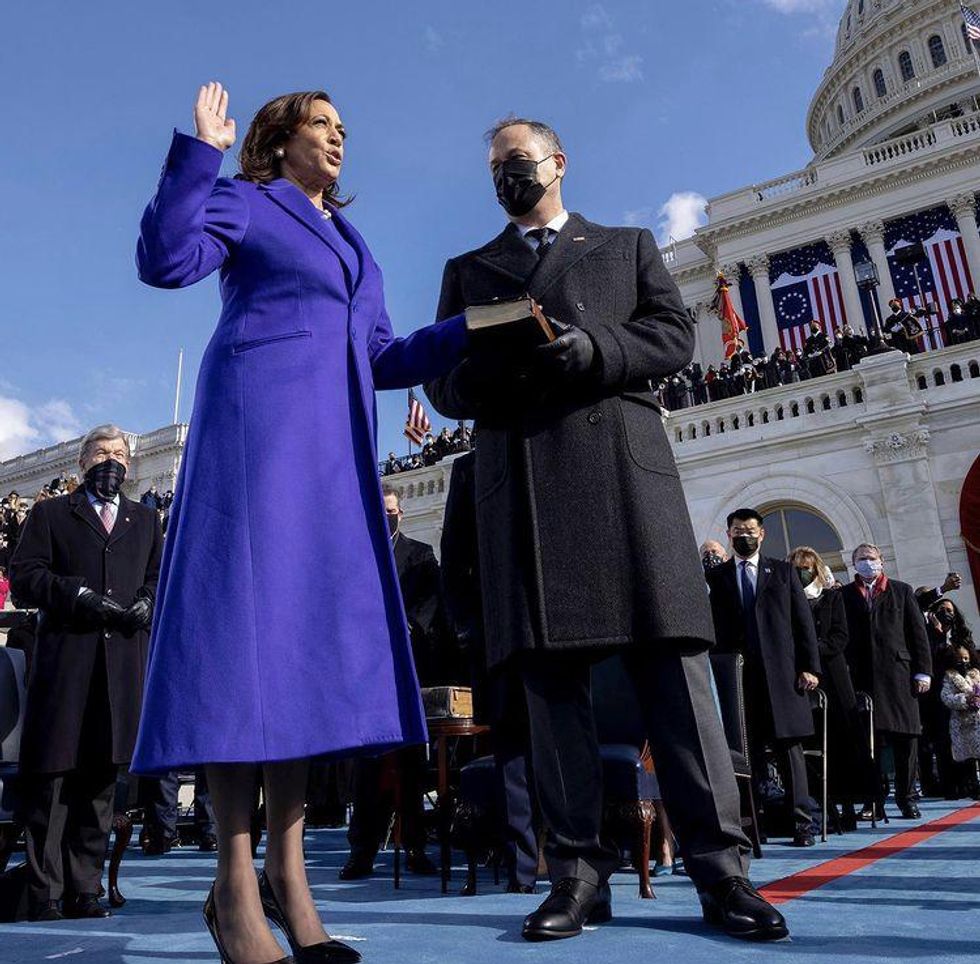 This was popular conservative commentator and overly-invested Harry Styles critic Ben Shapiro on Rachel Levine, the Biden administration's nominee for assistant secretary of the Department of Health and Human Services. Now, at this point, no one should be surprised by Ben's blatant transphobia (despite constantly whining that facts don't care about your feelings, he's quite adept at ignoring the constantly-growing number of studies showing that human gender identity is far from binary). But when it comes to Levine, Ben is balancing aggressive, in-your-face transphobia with an only slightly more subtle form of bigotry popular in right-wing circles.

Namely, that they (be 'they' BIPOC, women, LGBT+ people, or any other traditionally marginalized group) are only every successful as token diversity hires and they're out to steal from you, the perpetually, unquestionably deserving cisgender straight white man (or woman).

Now, to be clear, Levine has served as Pennsylvania's Heath Secretary for four years (where she was confirmed by the State's Republican-controlled legislature). Before that, she was Pennsylvania's Physician General for nearly two years. She founded Penn State Hershey Medical Center's adolescent medical division and its clinic for eating disorders.

Rachel Levine is, by any metric, qualified for the position she's been nominated to fill.

But according to Ben Shapiro, Levine's qualifications are only valid when they're used to criticize her. And, sure, go ahead and criticize her for policies you disagree with. She's a public servant, her work should be looked at by the public. Simultaneously, however, Ben tells on himself - Levine has enough experience that he can attack her for it, sure, but the only reason she was nominated must be because she happens to be transgender.

This isn't a unique take, either. When Joe Biden announced he was planning on nominating a woman as his running mate last March, my immediate reaction was to wish he hadn't said that publicly. Not because there wasn't a pool of qualified, deserving women who were up for the job - there were - but because I knew what right-wing pundits would say.

And sure enough, when Biden tapped Kamala Harris for the VP slot, you heard the same thing anywhere from Facebook comments to the Twitters of Republican congressmen - she only got the job because she was a woman of color. Yes, she was a Senator, and the Attorney General of California before that, but yeah, no, she must have been unqualified.

The implication in the "they don't deserve it" rhetoric is obvious. The only people that can actually deserve their positions, by the logic of Ben Shapiro and Rep. Greg Murphy, are heterosexual, cisgender, white men. If only we could go back to the days of hiring by 'merit' - where, incidentally, nearly everyone who 'made it' happened to be white men. The absence of marginalized groups in positions of power isn't because the best candidate was always the white guy; it was because everyone else didn't have the same opportunities. Obviously.

People will continue to celebrate the first transgender assistant secretary of Health and Human Services until people like Ben Shapiro stop spouting the transphobia that makes these accomplishments that much more notable. And if your first thought when you see a transgender woman appointed to the assistant secretary of health or a Black woman becoming Vice President is that they probably didn't deserve it anyway, the issue isn't so-called 'identity politics.' You're probably just a bigot.