On Sunday, September 29, 2019, the floor of the mezzanine shook at Radio City Music Hall as singer and actor Ben Platt took to the stage to record an extended tour date on his first solo tour, Sing To Me Instead, for Netflix. 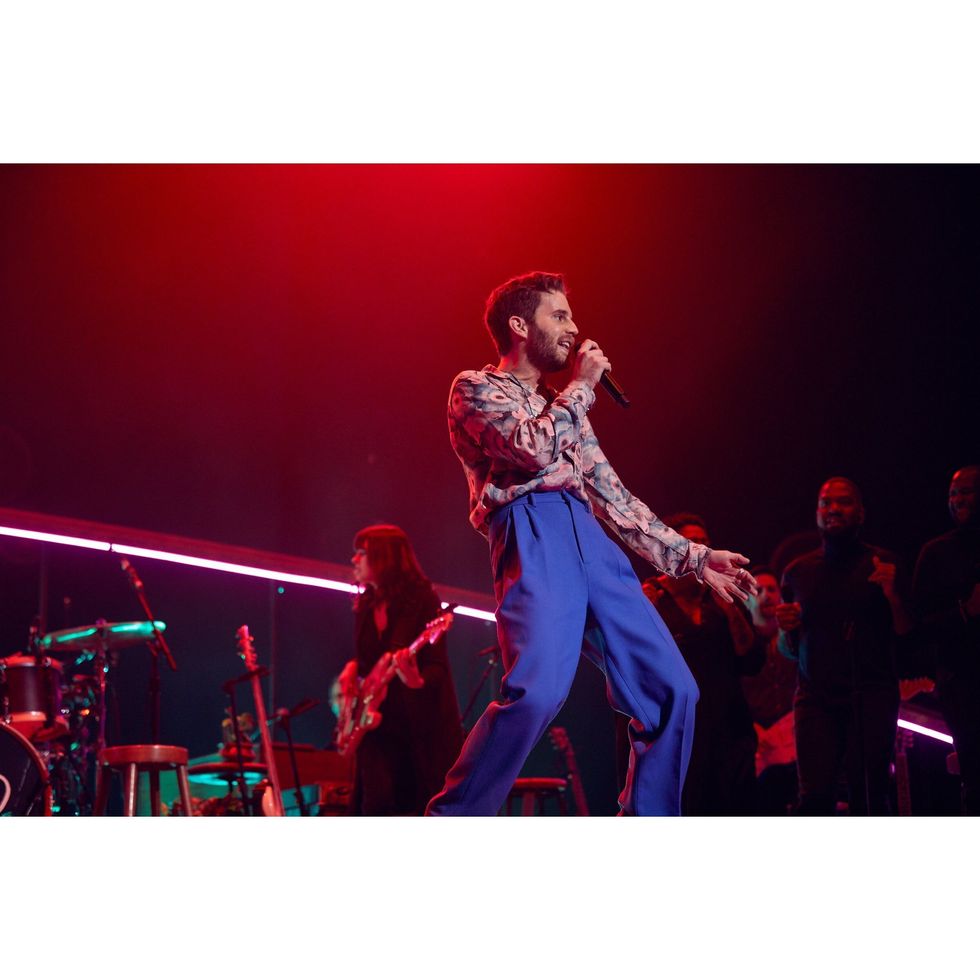 I was first introduced to Ben Platt in September 2013 by my best friend, Alexa. She and I met the first day of play rehearsal in our freshman year of high school, and the conversation went something like this:

Me: Hi, I'm Tori!
Alexa: Have you ever heard of Ben Platt?

Alexa has been running an account for Ben (@BenPlattFANCLUB) on Twitter since September 2013 and just celebrated her 6 year anniversary with the account last month. For these past 6 years, she has gone to countless performances of his at 54 Below in NYC, met him at Broadway Flea Market to support Broadway Cares/Equity Fights AIDS, and traveled all the way to Washington, D.C. to see him in a little show called Dear Evan Hansen.

I remember exactly where I was when I heard Ben sing for the first time. I was in Alexa's living room and she showed me a video of him singing the song "Flight" by Craig Carnelia. From that moment, I knew I was obsessed with his voice. She showed me Pitch Perfect that same day, and there was something about this awkward magician who was, "super into close up magic," that made Alexa and me feel like we belonged.

In January 2015, Alexa and I took a trip into NYC to 54 Below to see a show called Bank Geeks. This intimate concert experience starred Ben and Lindsay Mendez was my first time at the venue and first time seeing Ben live. I'll never forget the end of the night when I looked over Alexa's shoulder in the middle of the conversation and saw Ben walking toward us with the biggest smile on his face to surprise her. He took pictures with the both of us and chatted a bit with Alexa's parents who were so sweet to take us in the first place, let alone wait for Ben to come out to meet us after.

Flash forward: the second Pitch Perfect movie comes out and Dear Evan Hansen moves quickly from Arena Stage in D.C. to off-Broadway at Second Stage, and finally to Broadway where it still calls the Music Box Theatre home today. Ben wins a Tony for his heartbreaking performance as Evan in the show, and takes his final bow there Nov. 19, 2017, and eventually completes his debut studio album, "Sing To Me Instead."

This past Sunday, as I sat beside Alexa in the orchestra of Radio City to watch Ben perform this album and more to a sold-out crowd of family, friends, loved ones, and adoring fans, we couldn't help but cry our eyes out. Not only were we moved emotionally by the original music we had dreampt of hearing since September 2013, but we were so moved that this was our Ben from 54 Below, our Benji. The same Ben who spent summers at Jewish summer camps, hated cats so much he called them, "Satan's children," and came out to his parents over the phone while in Israel was on this stage living his dream.

He commented at one part of the show about how he was so used to being other characters on stage that he was afraid to go on tour as himself, but it was so easy to see that there was not one moment where the crowd was not completely and irrevocably in love with him. Alexa was especially emotional in that moment, saying, "to be able to see him go from being recognized as Benji Applebaum to this global phenomenon as himself is one of the greatest things I've gotten to witness in my life. The world is finally giving him the recognition I always knew he deserved since the moment I first saw him in 2013, and that in itself is everything to me."

From his Broadway debut in The Music Man, to the Pitch Perfect franchise, to starring in Book of Morman, to other film credits including Ricki and the Flash and Billy Lynn's Long Halftime Walk, to originating the role of Evan in Dear Evan Hansen and winning a Tony for Best Actor in a Musical, to his debut album "Sing To Me Instead," to starring as Payton in the Netflix original The Politician, to finally selling out Radio City Music Hall and recording his performance for his own Netflix special, Ben Platt continues to inspire Alexa, me, and millions of other people around the world. What an honor and privilege it is to be existing at the same time as him.