Being different in a world full of patterns... 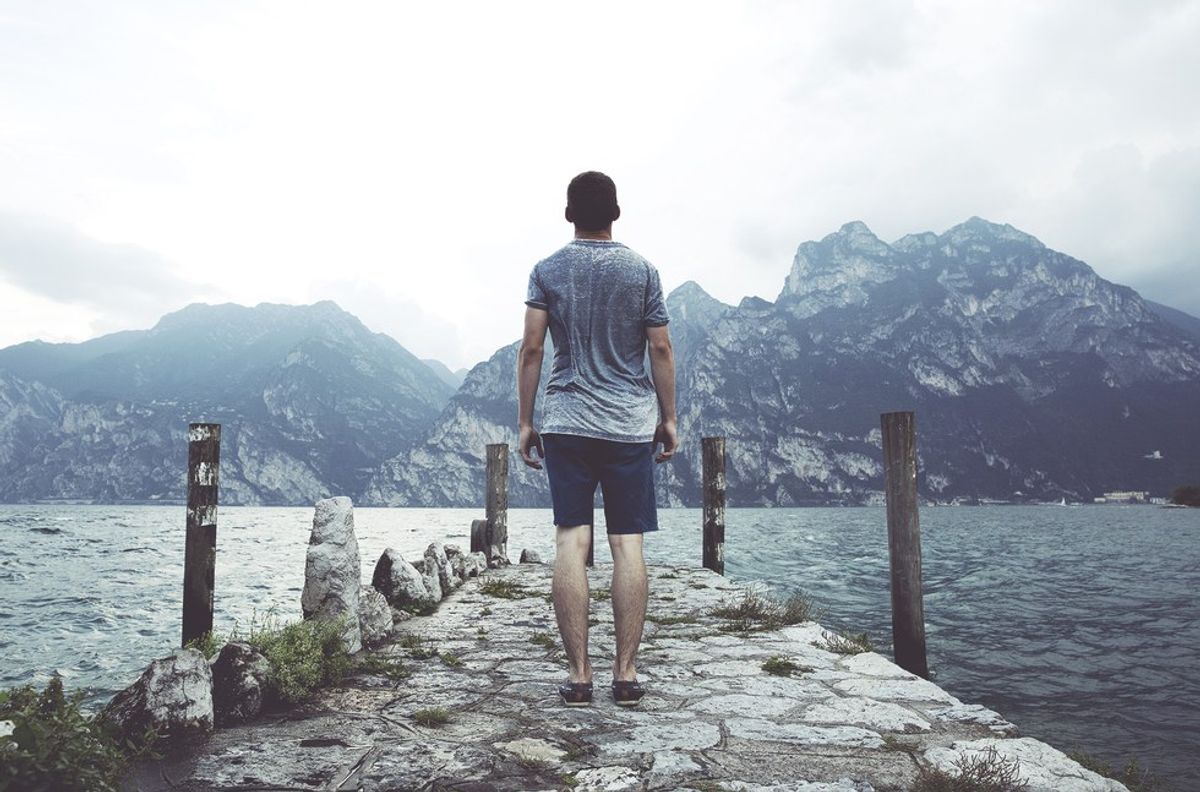 Guys when I mentally planned out the course of my life, it had as little to do with math as possible - let me tell you.

And now...I find myself in a statistics class...studying business...and exploring an area that I have never felt comfortable in.

But now I am about to put this to good use…What I want to explain, is the concept of an outlier.

“Eww, gross. Christy, are you using a stats analogy!?”

I never thought I would be here either, yet here we are…so bear with me because this just might make some sense which also means that the pain I am suffering through in stats will not be in vain.

An outlier by statistics’ standards is “a point which falls more than 1.5 times the interquartile range above the third quartile or below the first quartile.”

Because that hardly means anything to me, and I’m the one in the class, I’ll just explain it this way:

It’s a number that is either too high or too low, and it works against the natural. It pushes against what is understandable and challenges what should be.

When I do mstats problems outliers are normally the most annoying thing, yet they remind me of something of deep importance.

They speak a truth that throws things off, yet they are more honest than any other data on a table. They are brave because they stand out and bring a hard truth to a pattern that is comfortable.

I heard a speaker this week talk about how the bravest of all leaders will learn to stand out. They emerge in times where they are desperately needed to communicate honesty in a world that has been taught to deceive themselves because of personal desires.

This speaker told the story of Nehemiah.

These are the two traits that stand out in the story of this brave leader. Nehemiah was an outlier. He went against the flow because the pain he felt in his heart for the people around him, nearly left him with no choice. He pushed and fought and painfully thrusted himself against the crowd that thought differently than he.

He heard the voice of honesty and justice that nobody else seemed to hear and he did not turn away. This voice pulled him further and further from the natural, making him even more of an outlier - an outsider. He became a voice, not only for those in pain and suffering, but for God. He was one, of many many few, who did not ignore the laws of his Father simply because they were difficult.

He did not ignore the pain he felt because it was hard. He ran towards it. He charged his grief and lament, and used it for something that changed the course of God’s people.

Nehemiah befriended God, and came before him with a sincere heart. He cried out to God and asked for help. And he didn’t stop there.

Nehemiah was an activator - never just wishfully thinking. He went before a king, risking his life, and he obeyed the calling placed before him.

An outlier, in a falsely linear world.

I wonder at ways that I need to be more like Nehemiah. I wonder how I need to become brave and use my voice.

Where have I begun to blend in where I am supposed to be different?

Where have I fallen into the pattern of this perceived normal, and ignored the calling I am intended to follow?

This world confuses me, and throws me off sometimes. It trips me up and makes me believe in things that aren’t rooted in God’s love.

If being an outlier - an outsider - is what it takes for me to be in a truer relationship with God, isn’t it worth it?

God wants us to know the truth and walk in it, even if it means being different.

So let’s walk this difficult path together, and make the truth known.