Behind the Scenes of Improv Comedy
Odyssey

Behind the Scenes of Improv Comedy

An insider look at a comedy team 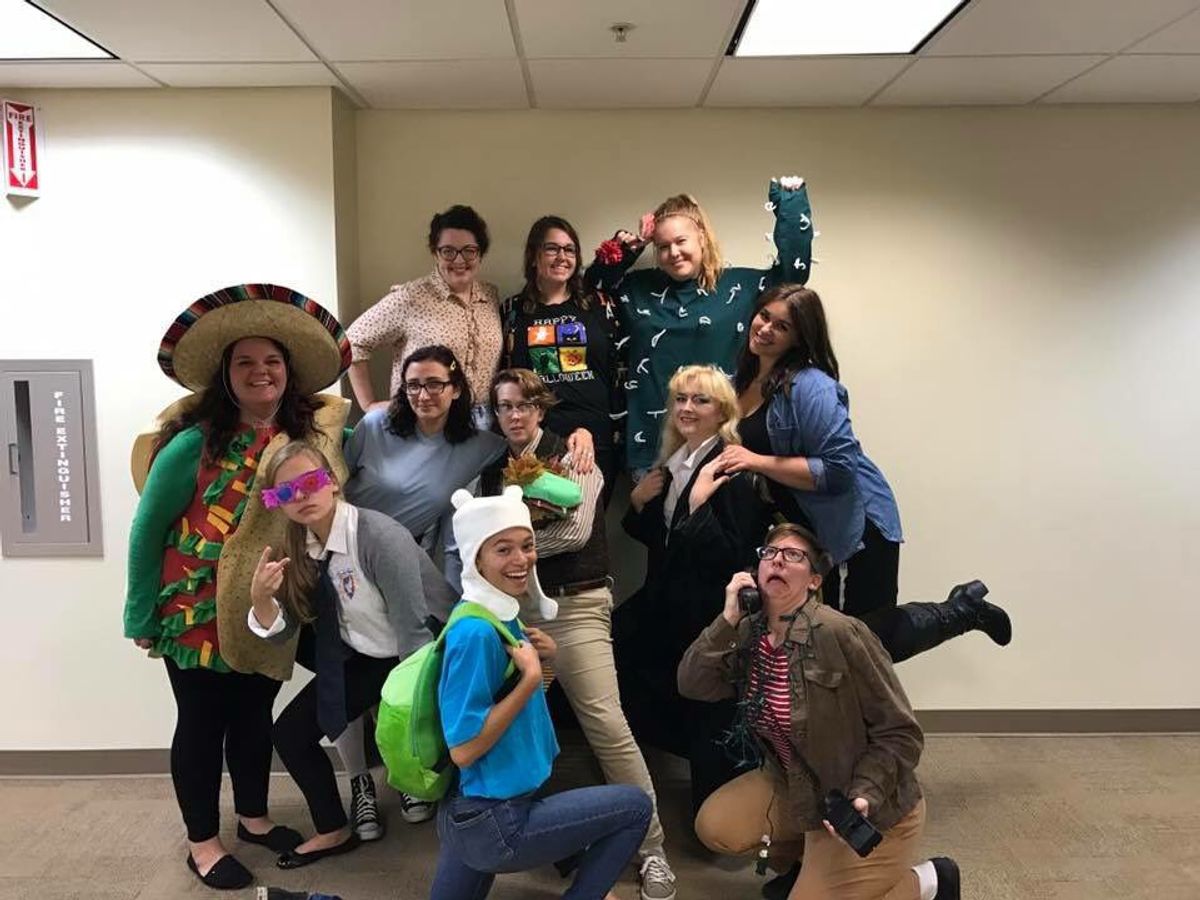 Yes, and. This is the first rule of improv comedy. "Yes" as in I accept what you have brought to this scene. "And" as in I will add to it, I will create this world with you. Yes, and. Improv is always constructive. Within your scene, you and your team are creating a set of characters and a story, and the amount of trust it takes to go into a performance with no script and no idea of what will happen is insane.

I've found that being part of an improv group is extremely validating, because your team will always back you up. Even when you mess up, even if you make things a little awkward, your team will join you. The amazing thing about being a part of an improv team is the sense of acceptance. Everyone involved is a little zany. There is never a time where you're the weirdest person on your team because you're all equally bizarre. Your team is your net, if you fall they will pick you back up. Being on an improv team is constantly saying yes, and. Yes you can do improv, and we will do it with you.

Improv comedy is its own culture. It's a mix of letting your imagination take absolute control and then reigning it in to form a story with witty characters and one-liners. It's simultaneously the hardest and the most natural form of comedy. The premise of improv comedy is that you walk onstage, with no preparation, and you create a performance. This can be done either by the audience suggesting a word or an action that you build off of, or a structured game.

There are two main types of improv comedy: short form and long form. In short form, the performance is focused around a few games where there is a set procedure for how the scene is conducted but the story and the characters differ from performance to performance. This kind of improv can be seen on famous shows like "Whose Line is It Anyway?". Long form is different from team to team, but it happens when the entire team is eligible to "play" and the scenes aren't part of a game or a structured activity, the scenes are organically created. Long form allows for character development and for the scenes to last a little longer. While both forms are entertaining and challenging, there's an entirely different mindset involved in participating in the two types. This makes it crucial to really know your team mates and play to their strengths in the scene, thus making it easy for comedy team members to become close very quickly.

I've only been on an improv team for a short amount of time, but it's already one of the greatest experiences I've had in my life. The sense of acceptance and the "group mind" melding of wit and humor I've found in improv comedy is something that I've never found in another type of performance. The group dynamic required for a good comedy team is hard to find, but I feel like my team is pretty damn close. If you're looking to find a creative outlet that lets you grow as a performer and as a person I highly recommend looking into improvisation. It'll force you to look at your own world as you gain confidence in creating other ones, and you'll meet incredible people in the process.