An excerpt from Unveiled by Katherine F. Messina 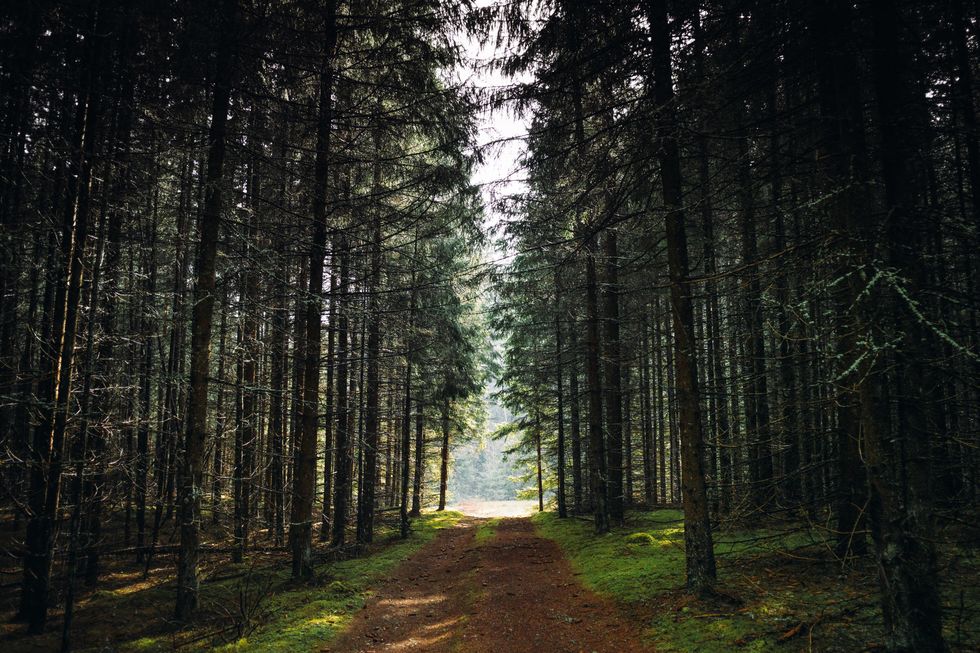 Photo by Mantas Sinkevičius from Pexels

I was brought out of my fitful sleep by Talya thrashing beside me. She nearly knocked me from the bed when she sat straight up, her beautiful sea-foam green eyes wide with fear. Her head jerked back and forth, and she took in her surroundings, relaxing once she recognized where she was. Her eyes landed on me as she launched herself into my arms, her shoulders racked with sobs. Her nightmares had gotten worse over the past few months, her minds way of trying to combine the memories of her former life with those of the eighteen-year-old girl she'd believed she was. I pulled her close to me, gently running my fingers through her hair. The fiery locks were like silk against my skin. We were past words. She simply needed my presence to ground her.

We had set up our headquarters in the kingdom of one of our ally's. Our kingdom was overrun by enemies. We'd been working for two months trying to rally our supporters. Talya was doing wonderfully. She was as strong and as fearless as I remembered.

"Archer?" she asked, her voice cracked, caused by her tears.

"Just making sure you're still there. Sometimes it's hard to tell."

Our eyes met, I pressed my lips gently against her forehead. Her skin was slightly damp from sweat. Talya pulled away slightly; then her lips were on mine with a sudden urgency. A loud knock startled us apart.

"Talya?" her human friend's voice filtered through the door.

I sighed as she untangled herself from me.

"I should go see what he wants," she looked at me wistfully. I eyed her shapely form as she sashayed to the door. When she opened it, the human came barreling through. He was like a miniature whirlwind spouting incoherent words every which way. Talya put both hands on his shoulders to calm him. I sat up; something was clearly wrong.

Talya's shoulders dropped as she looked at me, "Here we go again."

Steven huddled himself in a corner as Talya, and I dressed quickly. We gathered as many supplies as possible within the short amount of time we had. I motioned for Talya and Steven to gather around me, and they rushed forward. Heavy footsteps sounded outside of our door. Tension filled the air; I held my breath. I pressed my fingers to my lips, signaling for them to remain silent. Several faerie knights burst into our room. Talya jumped into action, drawing her sword and going for the closest enemy. Watching her fight was like poetry in motion. I drew my own blade, the weight familiar in my hand. A knight rushed towards me, sword drawn. I parried his blade effortlessly. We met each other blow for blow, a deadly dance of steel. He was skilled, but just like any other foe I'd faced, he soon showed his weakness. A moment of distraction gave me the opening I needed. I thrusted my blade into his gut. I moved on to the next knight. Talya and I made quick work of the enemy, keeping the mortal behind us. When the last faerie laid dead upon the ground, we gathered together once more. I clasped each of their wrists. A familiar swirling sensation surrounded us as my magic moved us to another realm.