Be A Cindy Lou Who

"How The Grinch Stole Christmas" isn't the biggest concern in this movie. 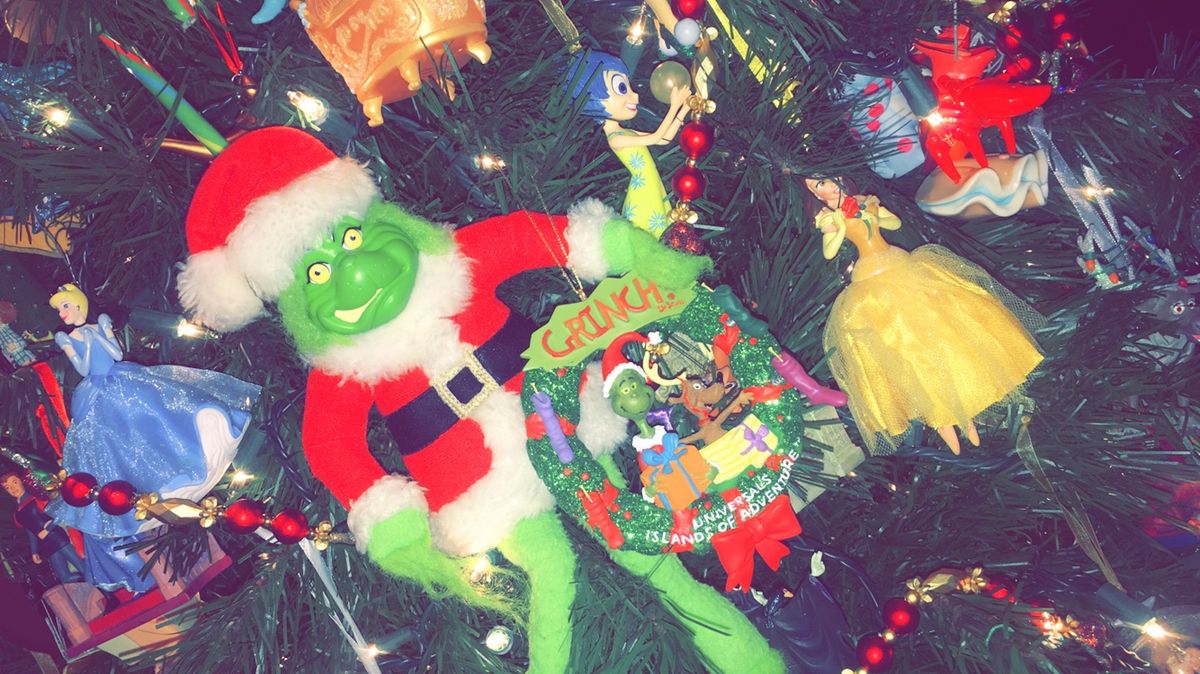 “How The Grinch Who Stole Christmas” is my all time favorite Christmas Movie. Just like Cindy Lou Who I knew there was more to the Grinch that met the eye. I always thought he looked super cuddly and warm and knew that he had that side to him all along. However, I believe that there is a bigger message that lies within this movie than just the true meaning of Christmas. In the live action adaptation we learn a back story about the Grinch and why he hated Christmas so much and I think it gave some untimely insight into a bigger issue in today’s world, but is yet overlooked in this ever so seemingly Christmas movie. And what I’m talking about is bullying.

Did anybody else’s heart just shatter when for the first time in his life the Grinch actually got excited about something, thought he finally had something good coming his way, finally allowed himself to think positively and show emotion by making that beautiful angel topper for Martha May and it was all ripped right out from underneath him. For what? Because he was different? I always ball at the scene where you see that young schoolboy Grinch standing, alone, at the top of Mount Crumpit crying and then he transitions in the same spot, to the grown Grinch who was abandoned by society. This movie does something so brilliant and I don’t think enough people recognize it enough because they just feel that everything is justified in the end because everything turns out okay and that The Grinch just loves Christmas and everything now. But it’s more than that.

The Grinch was never given a chance. Never given a chance to be happy and stay that way. I always get so outraged at the Whoville Whobilation scene where Mayor Augustus Maywho just has to make the Grinch relieve the original trauma he had done to them when they were kids! All I can ask and think is… Why? Have you really not matured enough by now? Can you really not see what you have done to this individual? Green or not he was still a person who was just different and he has to go on for years to come living by himself and hating himself. And Mayor Maywho just gets to continue along being seen as this hero of Whoville while he always gets what he wants and gets to continuously put down the Grinch.

The moral of the story and the bigger picture here, in today’s world… It just needs to be understood that the Grinch was never something that any of the Who’s needed to be afraid from. When I was little and this live adaptation came out, I know so many young kids who were frightened by the Grinch and I never seriously understood why. The world needs to be more open like Cindy Lou was. She actually tried to figure out who the Grinch was and find out if there was a deeper meaning as to why he hated Christmas and the Who’s. She completely got it. She is the only person in the crowd at the Whobilation who reacted in a shocked and hurt way when Grinch opened his gift and it was a razor. I believe Cindy had that exact flashback that the Grinch had when he was a kid and wanted to be less made fun of by accidentally, badly shaving his beard. To change who he was. How he was made. The Grinch never did anything wrong to justify the way he had been treated his whole life. And if you want to know why the Grinch hated Christmas so much, it wasn’t because of the holiday itself and it’s over cheerfulness… it was because he was bullied and he associated that bullying with the event that topped off all the bullyings I’m sure he had gotten prior to Christmas.

We need more Cindy Lou Who’s. Nobody else stood up for the Grinch besides her. I suppose that can be seen as a good thing, because it only takes one Who, one person, one open heart in any size that it may come to create a Whowave of events for others to realize and follow a bigger purpose in life. To treat others just how you wish to be treated. To accept each other's differences. To know that certain words and actions may affect someone in more ways than one. So parents… this Christmas season… if you are thinking about watching “How The Grinch Stole Christmas” with your kids… and they tell you they are scared of the Grinch… I hope you will explain to them this bigger message. That the Grinch isn’t scary… he’s misunderstood. That the Grinch isn’t this big, mean, and green bully… but that he was the bullied. Even though everything worked out in the end where the Grinch realized that “Maybe Christmas, he thought, doesn’t come from a store. Maybe Christmas, perhaps, means a little bit more.” and that he won over his true love, Martha May, and that the Mayor finally got less recognition and acknowledgement, another point to be made is that this shouldn’t have taken as long as it did for the Grinch to be accepted by his society. And nobody bullied should have to wait that long in real life. Be a Cindy Lou Who and start making these stands and changes against bullying as soon as you see it. Be a Cindy Lou Who where you can learn to walk in that other person’s shoes. Be a Cindy Lou Who where you look for the bigger meanings and purposes behind things. Be a Cindy Lou Who where you want everybody to be together on Christmas.

Because “there will be no sad faces on Christmas.”