To The Guy That Yelled At Me In My Townie Bar

I eventually felt that I had made a friendly relationship with this creep. I was wrong. 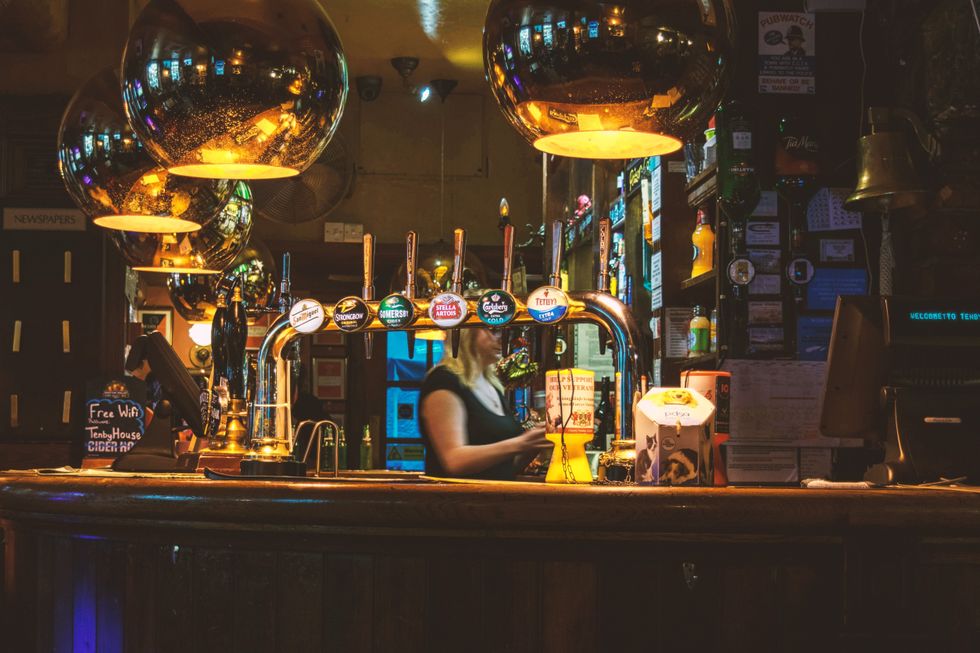 targets again and all made

against you so border on his

right in that empty seat and see

dark a clear pattern that dark

beer in his pitcher try it call the

pretty girl on his left pretty and

quickly their friend is back

stand up see red your faces so

uses someone else's word to call

them their lovers that clear pattern

suspended waiting to be stung

After work one night, my partner and I went out with one of my work friends. His partner and her friends joined too. It was nice outside so we claimed a table on the back patio. When my friend got up to use the jukebox, a stranger took his seat. This stranger was middle-aged, white, and drunk–a typically toxic combination, especially when in a small townie bar.

I assumed he had sat down for shock value; to "weird us out." He asked about the beer I was drinking, assuming it was something abnormal or a craft brew. He called my partner "pretty." I didn't appreciate what he was doing. I'm a little bit weird myself, so I know these kinds of tricks. I also know ways to combat them. You make general conversation, mostly centering around them, i.e., where they are from, what they do, who their family is. Simple stuff, apolitical, light and tame. People love to talk about themselves. Eventually, you know so much about them that they feel uncomfortable trying to upset you. You might even make a friend, who knows. I eventually felt that I had made a friendly relationship with this creep.

When my friend came back from the jukebox, I told the guy that had to give up the seat. Some kind of switch turned inside my new friend upon his standing up. He suddenly became a manifestation of his ideology, his political identity. Everything I knew about him, his family, and his work was all cast aside. He called us "snowflakes" and yelled "move to a border state!" to better see the reasons that he held his political identity. I told him to move to Mexico. My new friend's wife had approached and was yelling at my friend's partner. She used a racial slur.

We were appalled. I thought that I had met a decent person with a background, a story. I wanted to vouch for him. Maybe he was just drunk, afraid, and misinformed. But maybe he and his wife were just hateful.

This bar had been an after-work staple of mine, but I've had trouble returning since that night. Now I mostly stay home, afraid of whom I might meet outside.