The Ballad of Prequels and Fanlore

The Ballad of Prequels and Fanlore

Some see it as debunking their headcanon, I see it as new material. 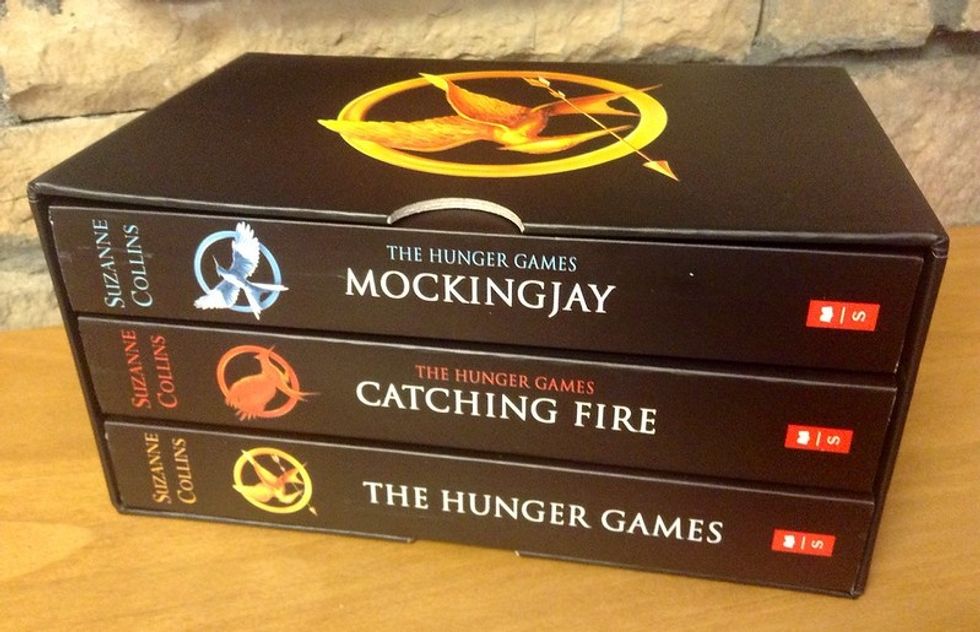 Judging by the title, you can guess that I'd read "The Ballad of Songbirds and Snakes." As a long-time Hunger Games fangirl, I'd been anticipating it since it was announced. Yeah, some people were a bit upset at the fact that President Snow was going to be the protagonist (Protagonist, not hero, protagonist, as in main character. Not every main character is a hero), but I saw it as something interesting. Everyone loves a good villain origin story, and I'd say here it was done right. Sure, Snow thinks himself exceptional and an underdog, but in practice, he's still a wad and a half and you rightfully lose respect for him as the book goes on, if you had any in the first place.

Of course, with a prequel comes a lot of new information on the lore, and, of course, that comes with fans getting upset it doesn't fit their headcanon. Even I had a couple fan characters and headcanons around the era of this new book, but, really, what else was there to do before? We weren't given a lot of information on the Capitol or the Dark Days, so we had to guess if we wanted to write anything we had to speculate. Well, let me drop a truth bomb. If the author says it's canon, it's canon. Here, we're given a lot of new material to work with. It's odd to see the Capitol in such a sorry state, and the fact that a siege took place, but wouldn't that make for an interesting story? More than one interesting story? Let me share a bit.

Unfortunately, I can't really give a story about Academy life, since my two Capitol characters from that era are already adults, and while they do have kids by then, they're a little young for it. But, the Dark Days themselves? Sure. I've got District characters as well. Long story short with them, two of them joined the rebellion after going on strike at their factory job. One of them masterminded a failed attack during the siege, but he and his fiancee got off scot-free thanks to one of the minor leaders.

As for the leader? He's a piece of work, but has a heart of gold. He did take the fall, but not without consequences. Thankfully, he wasn't killed because nobody believed he was really behind what he took the fall for, but it didn't mean he wasn't punished. He was basically left to die in his own District, albeit far from home, but that didn't get him down. Some of his kids and grandkids were thrown into the arena later, but they all got out alive. His oldest son even became the mayor.

Now for the Capitol ladies. One of them has a sense of humanity. Unfortunately, her interest in genetics had her drafted into the special weapons division. She and Dr. Gaul obviously butted heads... But she wasn't one to see innocent people hurt, so she gave some lab secrets to the rebels (Of course, under the pretense of offering herself up as a hostage) Not that it helped, of course, and the loss of her husband and father took a toll, but with her father's death came with the responsibility of becoming the new head of the family and of course, the family business. Even then, she tried to stay kind, and used her money to help (Yes, that included funding and arming some of the still-surviving rebel groups)

Last, but certainly not least, we have the actress. Not that she wanted to be, nor did she want to be stuck married to a charismatic but dim-witted politician, but it made for a great cover. Nobody suspects the pretty face on the Grow Your Victory Garden and Loose Lips Sink Ships posters to be a rebel mastermind. However, with witnessing all the carnage and loss in her hometown, her methods are a lot less... bloody. Stealing battle plans, harassing politicians, feeding information to other rebels, even trying to take control of the country herself (legally, technically, albeit failing thanks to "Coryo's" poisons), that's more for her. Sure, at the time of TBOSAS, she's doing cabaret while pressuring the big players behind the Hunger Games, but they'll regret brushing her off...

Come on, a once luxurious post-apocalyptic city? People losing all they had? Civilians roped into the war front? Traitors on either side, maybe? The aftermath? Kids growing up in a reconstruction era? Come on, that's plot bunny gold! Don't sell yourselves short on the prequel because it doesn't have the main character you want or it doesn't fit your fan lore. It's worth a read, and maybe with all the new material, your lore is worth an edit.