There's more out there than just Wonder Woman. 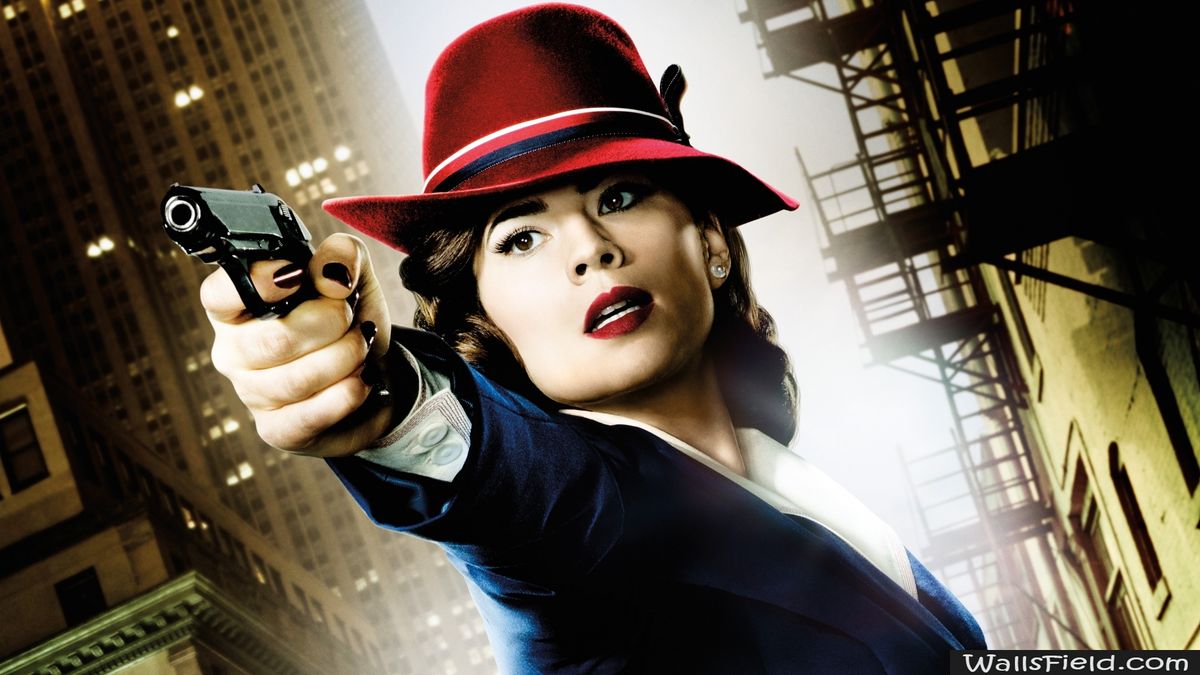 We all have *those* characters that you love to death. This connection usually happens for one of two reasons: they represent something you wish to be/a trait you wish you had, or because they’re just so damn relatable.

And if you’re a girl, you tend to fall in love with the female characters who are badass, strong, and don’t put up with BS. Why? Because we all wish we could attain that level of those traits, which is definitely easier said than done.

Chances are you already know most of these characters, or have others you look up to. But for me, these are the badass female characters that I’ll always love.

Fiona almost single-handedly raises her five brothers and sister, deals with the never-ending problems, constantly works at least two jobs, maintains some sort of love life, and by season 8 of "Shameless," she even owns a diner, laundromat, and is the of an apartment building. Her life has never been easy, but she manages to do it all and still have fun. Her strength and “takes no F***s” attitude is inspiring to me.

Of , Hermione is on here. She’s an iconic female character who will go down in history! I’m a massive bookworm, so I’ve always strongly identified with Hermione over that. And funnily enough, Emma Watson recently played my other favorite bookworm, Belle. Hermione's love for books was what first established my connection with her. She taught me it was okay to be a reader, and that it's okay to speak up when you know the answer. Hermione gets the trio out of countless scrapes with her brains and bravery and is one of the most caring characters in the Potterverse. But she’s not afraid to be a bit savage either, as readers of the books will know. Also, she sucker-punched Malfoy in the “Prisoner of Azkaban” film and I’m still obsessed with the sheer awesomeness of that moment

I fell in love with Moana soon after the film began. Moana is the only daughter of the village chief, which places her as her father's successor. And what’s so important about this is that her succession is accepted without question, even though she’s female. Moana also takes on an enormously dangerous quest with no concept of what she’s facing, and she not only succeeds, she heals her people by restoring them to their lost voyager glory. Moana is one of the most realistic Disney characters that I have seen in a time. She has normal reactions, is not automatically good at everything she does, wears her hair out of her face at realistic times, and is one of the first Disney princesses to have a properly proportionate and natural-looking body.

Princess Leia had become one of my role models by the time I finished “A New Hope.” She’s a princess and a general who isn’t afraid to get her hands dirty. Leia assists in leading not one, but two rebellions: first against Darth Vader, and then against Kylo Ren, her own son. Leia is a fighter and leader who doesn’t take BS, while also being a loving woman who treats Rey like her own daughter. My heart still hurts over the loss of Carrie Fisher...RIP Carrie, we will miss seeing you on the big screen as the Star Wars adventures continue. (I will be most likely cry during “The Last Jedi.”)

I put Diana before Wonder Woman because it’s Diana who we primarily see in “Wonder Woman.” Diana is a better person than most of us are, possessing the ability to see good in everyone, even the screwed-up humans she is sworn to protect. She sees the world in black and white, yet also that there can be gray areas. Wonder Woman/Diana is a complex character that truly reflects how females are. She is tough yet vulnerable, loving yet fierce, just yet forgiving. Her battle scenes make you want to get up and learn to fight. Truth be told, I don’t think I realized how much I needed a character like Wonder Woman until I saw the first big battle scene in “Wonder Woman” and found myself tearing up

Black Widow, or Natasha Romanoff, is one of several Marvel characters who gives me life. She’s one of the best and most dangerous spies in the world, which Marvel consistently reminds us of by showing Black Widow in numerous kickass fight scenes--I mean, her signature leg-chokehold move is insane. But we also get to see her be vulnerable, open, and emotional to the point of breaking our hearts (*cough* Age of Ultron *cough*). Now I'll just sit back and wait until Marvel finally gives Black Widow the movie she deserves...

To clarify, I am talking about the original book character Annabeth, not the awful brunette (I'm sorry, dyed-blonde) version from the two “Percy Jackson” films. Annabeth is, for all intents and purposes, the non-magical version of Hermione: aka, the strong female in a trio with two guys, who consistently gets them out of scrapes and is the brains of the operations. The daughter of Athena is whip-smart, a strong fighter, and cowed by nothing...well, except spiders (but that’s on Athena for going after Arachne).

Agent Peggy Carter is one of the most important characters in the Marvel Cinematic Universe, both female and in general. She was an important British secret agent during WWII, at a time when women in positions of power, as well as espionage, was unheard of and cause for joking. But (almost) more importantly, Peggy starts SHIELD to protect the world.

Jessica Jones, P.I. is one of the most tortured, heartbreaking characters you will watch. Her entire state of being is “F*** everything,” as she suffers from PTSD after being mentally manipulated for an extended period of time by a man named Kilgrave (David Tennant). She drinks constantly to help numb the world around her, and cares about very little--or at least, that’s the image she projects. Jessica has more than her fair share of demons to live with, and in the Netflix show, she is repeatedly forced to face them. I wouldn’t quite say she inspires me in any way, but there’s something about this tortured character that makes you want to care for her, to hold her and say, “everything’s okay now.” Oh, and did I mention her superpower is insane superstrength?