13 Things You Should Know About Audra McDonald
Odyssey
CurrentlySwoonLifestyleHealth & WellnessStudent LifeContent InspirationEntertainmentPolitics and ActivismSportsAdulting
About usAdvertiseTermsPrivacyDMCAContact us
® 2023 ODYSSEY
Welcome back
Sign in to comment to your favorite stories, participate in your community and interact with your friends
or
LOG IN WITH FACEBOOK
No account? Create one
Start writing a post
Entertainment

13 Things You Should Know About Audra McDonald

10. Obama awarded her the National Medal of Arts 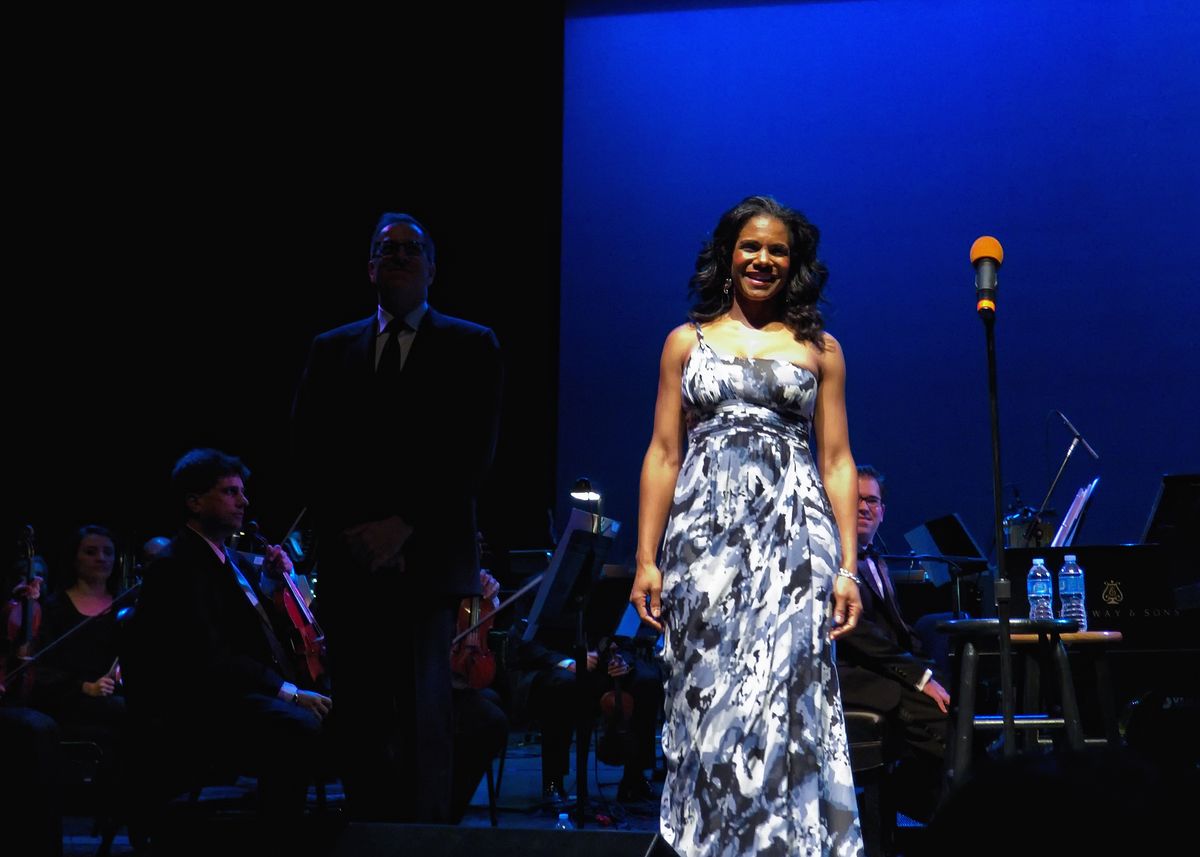 Audra McDonald is a Broadway legend who graced UNC-Chapel Hill's campus Jan. 20 and 21. McDonald performed an 8 p.m. show on Saturday and a 2 p.m. matinee on Sunday in Memorial Hall on campus.

With ticket prices for the general public surpassing $100, I was lucky enough to see McDonald for the student rate of $10. However, because I ordered my ticket online, I was subject to an $8 processing fee. A small price to pay to see such an unparalleled artist live.

McDonald's performance was her second with Carolina Performing Arts, a theater on campus that strives to provide the University and surrounding community with exceptional arts experiences that provoke them to celebrate and appreciate the arts.

Audra McDonald is an artist with an incomparable about of talent and experience. I was able to appreciate her talent live at her performance. If you weren't so lucky, here's 13 things you should know about her:

1. She has received six Tony awards

2. She is a mother of two girls

While McDonald is surely proud of her award-winning roles on stage, her favorites are those off-stage. McDonald is a mother of 16-year-old Zoe Madeline Donovan and 1-year-old Sally James McDonald-Swenson.

3. She is an advocate for equal rights

McDonald has dedicated herself and her platform to fighting for the equal rights of all people, vulnerable and oppressed, especially those within the LGBTQ+ community. McDonald is surrounded and inspired my members of the LGBTQ+ community and is heartbroken that they are not offered the same rights as her. In February, McDonald will receive the Human Rights Campaign's National Equality Award to commend her efforts to stand up for the LGBTQ+ community.

4. She is married to actor Will Swenson

In 2012, McDonald married Will Swenson, an American actor best known for his roles in the Broadway musicals "Les Miserables" and "Waitress."

5. She has received two Grammy awards

In 2009, McDonald received two Grammy awards for her work on the Classical/Opera album Rise and Fall of the City of Mahagonny: Best Classical Album and Best Opera Recording.

In addition to captivating her audience on stage, McDonald has also acted in several movies and television shows. While some of these on-screen roles showcase her incredible vocal talent, like her role as Madame Garderobe, the enchanted wardrobe, in Disney's live-action remake of "Beauty and the Beast," others simply show her talent as an actress. McDonald is known in television for her roles in "Grey's Anatomy," "Private Practice," "The Bedford Diaries" and, most recently, "The Good Fight." Her film roles include "Annie," "A Raisin in the Sun" and "Hello Again."

Her daughters are 15 years apart, and while McDonald says her second daughter was a surprise, she is enjoying her second time at motherhood.

8. She was trained at Juilliard

McDonald has breathtaking talent as a soprano singer. She trained at The Juilliard School in Lincoln Center in New York City.

9. She was born in Germany

McDonald was born in West Berlin, Germany as her father was stationed there in the military. Her family returned to the U.S. and settled in California.

10. Obama awarded her the National Medal of Arts

11. She was named one of Time magazine's most influential people

In that same year (2015), McDonald was named one of Time magazine's most influential people. She was recognized as "the angelic voice," and revered for her beauty, intelligence and extraordinary talent.

12. She has received one Emmy award

In addition to receiving six nominations, McDonald has won one Emmy. In 2015, she took home the Outstanding Special Class Programs Emmy for her role in "Live From Lincoln Center."

In the midst of captivating her audience with her incredible talent, McDonald was able to show her true charming and quirky character as she made puns, laughed at her own embarrassing stories, shared stories of moments with her children and constantly announced her desire to get grits before leaving North Carolina. While her effortless musical talent may make it hard to believe, she is real.

Nicole Marie Nigro
Individual Creator
7512
c1.staticflickr.com
Where to start...... Let me start with the cliche that life throws us curveballs and what we do with it is what counts.