The internet has proved Trump's allegation to be utter nonsense. 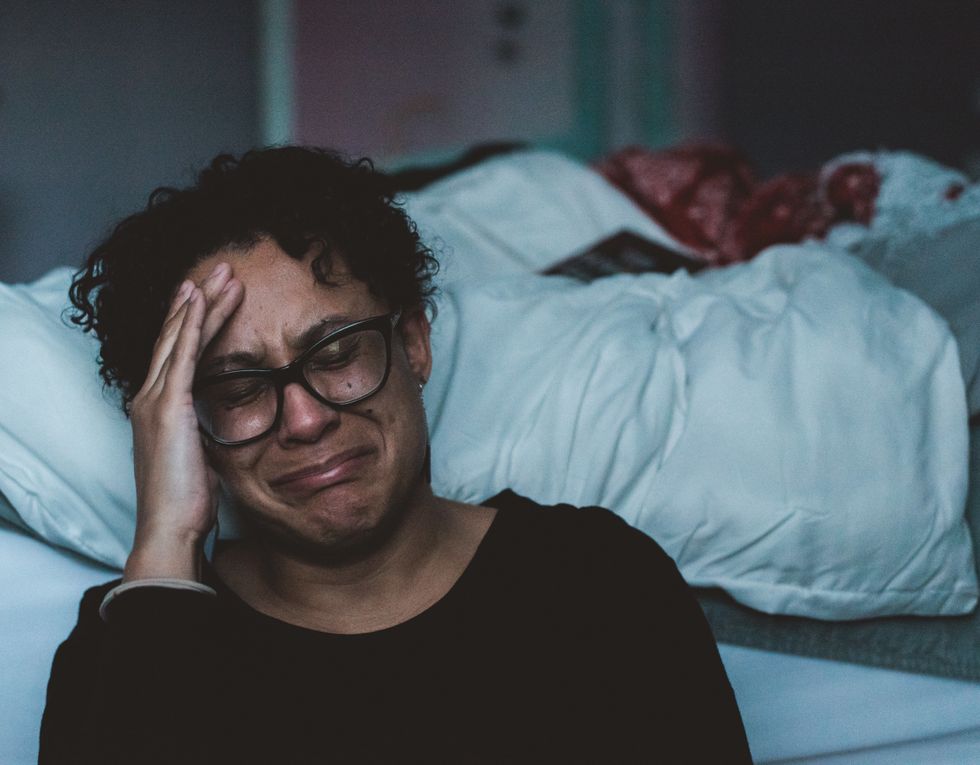 He went on to wonder why someone didn't call the FBI 36 years ago, furthering cementing the fact that he clearly knows nothing about what it's like to be the one on the receiving end of sexual assault (though he's clearly familiar with what it's like to be on the perpetrating side).

He apparently doesn't seem to know or understand that only 2% of rape charges are even false, and only 40% of rapes are reported to the police.

This display of ignorance sparked the use of the hashtag #WhyIDidntReport, something that's been tweeted about hundreds of thousands of times since September 21.

After scrolling through many, I've compiled a list that, though I wish it comprehensively covered all the reasons, is only an attempt at showing skeptics why the actual act of reporting sexual assault can be so difficult for the survivors.

1. No one would believe the perpetrator could do something like that.

Ashley Judd recounts: "The first time it happened, I was 7. I told the first adults I came upon. They said "Oh, he's a nice old man, that's not what he meant." So when I was raped at 15, I only told my diary. When an adult read it, she accused me of having sex with an adult man."

To clarify, these are two specific instances, but this happens a lot. These are not the only two women to ever experience this. The general good opinions of perpetrators keep survivors from sharing their stories.

Nick Pappas didn't pull these statistics out of thin air; they're well-documented and come from a reliable source. When it comes down to it, out of 1000 rapes, only 6 rapists will be incarcerated—and who knows how long that will even be (see: Brock Turner).

There's, unfortunately, not a limit to the number of times a person can be sexually assaulted, and often the first time tells the survivor how it will always go. The perpetrator wasn't punished the first time? Why try again when you're assaulted again?

This is also true for those who witnessed crimes where the perpetrator got off scot-free. Maybe they didn't personally experience that sexual assault and the fallout, but they know someone who did, and why should they believe their experience will be any different?

4. Nothing tends to happen to the perpetrator.

Alana Evans has a similar story: "As I'm seeing #WhyIDidntReport in numerous tweets this morning, I have to say this... I reported it and it still didn't matter. My rapist walks free as his friends covered for him. You can't attack a women for not reporting something. Our system victimizes us again and again."

Again, see: Brock Turner raping an unconscious woman, being sentenced to six months jail time and instead walking away after three.

Twitter user Jamie tells her story of how this fear kept her from reporting: "Because my biological father tried to rape me when I was 14. He was a sociopath and a covert narcissistic personality disordered person and pretended to be a perfect parent in public. He was a church deacon. No one would have believed me and I knew it."

It's even worse when the survivor can't clearly remember the details. Survivors are often grilled and pressed for every detail before they're believed, and if they can't remember it all, they're doubted.

The tricky thing is that our brains are wired to forget traumatic experiences, so it's more likely for survivors to not remember (though some also suffer from intense and vivid recollection of the events).

It doesn't always make sense why survivors would believe it's their fault, but it doesn't have to. It's what survivors can feel, and it keeps them quiet.

Abusers either reward or threaten after acts of abuse. Survivors will either be treated well by the perpetrators, given special privileges, or they'll be threatened, sometimes even threatened with death.

8. The law and justice system don't always work in the survivor's favor.

Twitter user Liv had a terrible experience when she did try to pursue the case: "I submitted the longest incident report Slippery Rock Borough PD ever received 6 pages single spaced 11pt font. The officer did nothing. They never interviewed my assaulter. Thr female DA denied my case. I was devastated. I understand #WhyIDidntReport"

"Oh, she was drinking?" "What was she wearing?" "She shouldn't have been there in the first place." "She should've known not to do that." "She was asking for it."

Those all too common responses is what keeps survivors silent.

10. The perpetrators manipulate survivors into thinking they won't be believed.

Again, perpetrators tend to threaten after sexual assault. Part of the threatening is manipulating the survivor through fear and any means necessary that they won't be believed or something bad will happen to them if they report.

Another Twitter user, Barbara Chapnick, details why she didn't report: "When I was 17, during the summer after I graduated High School, I was supposed to be on a date and ended up the guy took me to a house and 5 guys raped me. I am 72 years old now and this is the first time I have ever spoken up. I have been too ashamed to report."

12. The survivor may justify it as not actually being abuse.

"It's not a big deal" is probably the most common phrase survivors tell themselves. If it wasn't assault, then you're not a victim, and you don't have to report it or tell anyone.

News flash: anyone can rape anyone. No one is exempt based on gender—either from being a perpetrator or victim.

14. Afraid of getting in trouble.

Whether due to the survivor's relationship with the perpetrator or a myriad of other reasons, it can be scary to report and risk ruining their reputation. Maybe you won't be believed. Maybe they'll get away with it and possibly come after you. Maybe you made it all up anyway. Maybe you just shouldn't report.

16. There's doubt this time qualifies as sexual assault because of prior consensual sexual relations.

Being in a relationship makes people think that the lines of sexual assault are somehow blurred. But they're not. If someone doesn't want it or isn't explicitly consenting, it's rape.

But sometimes they've been conditioned to accept it anyway: "Because I was in an abusive relationship. Because I hadn't recognized it as assault. Because it ended and no one would have believed me. Because saying something would have meant losing everything. Because moving forward felt more important than justice. #WhyIDidntReport"

17. Don't want people to find out and view them differently.

There's a stigma associated with being abused, as is so clearly seen by the nation's reaction to Dr. Christine Blasey Ford's accusations. And all too often, the word "victim" is the main association, rather than "survivor," and no one wants to be viewed as a victim.

18. The survivor would rather forget.

The actual act of sexual assault is traumatizing enough, and having to relive it over and over and over during the process of reporting and, if it ever happens, a court case, is draining, to say the least.

Jess Davidson shared with Teen Vogue her take on President Trump and likeminded folks' view on survivors not reporting:

There is a myriad of reasons for not reporting sexual assault. But it's time that we stop putting survivors in a position to defend themselves, and instead choose to believe, empower, and stand by them.

If you've been assaulted, I understand that therapy is not readily available for everyone (however, if it is for you, take advantage of that opportunity). But you still need a support system. Talk to someone or multiple someones, and if you don't have anyone to talk to, call the Sexual Assault Hotline: 1-800-656-4673.

You are heard, you are valid, and you are supported.