The exhibit was shown at the University at Albany. 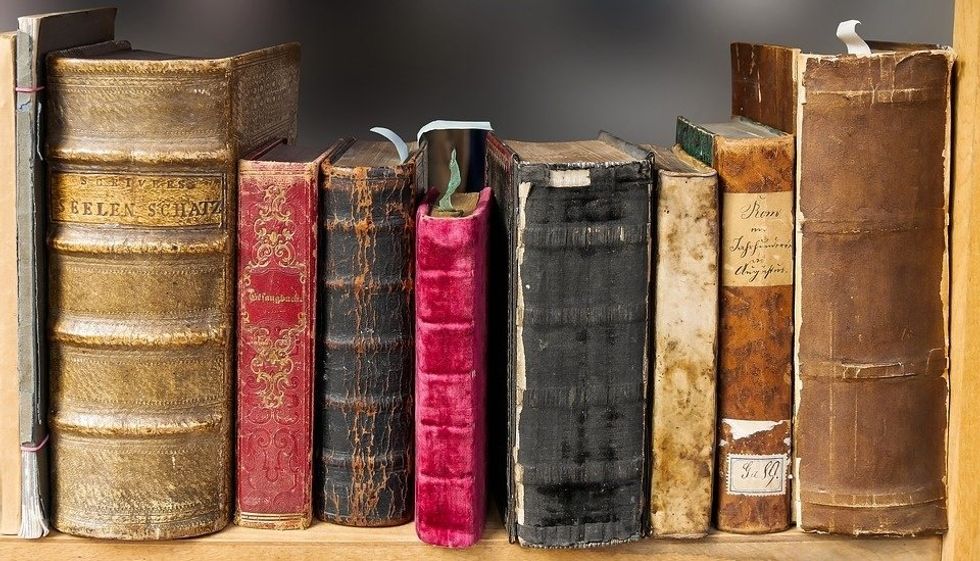 Carrie Schneider's art exhibit, "Rapt" was, in a word, interesting. If I was just passing by It's not something so extraordinary that it would make me stop in my tracks. I think Schneider's message went below the surface of her images.

Displayed were large photographs of women, all reading a book, in what appears to be their home. Some of them were in chairs others in a bed. All just looking down at their books, paying no mind to the photographer. The images themselves reminded me of a DIY magazine. Or some sort of depression medication commercial.

Schneider said in an interview that her actual point which is about power and citing influence. I'm not sure that I see this in her images. When I think of power and women I don't think of them curled up in a chair, reading their favorite book. I suppose you could look at it as reading being education and education is power. In that way, I could see it.

What did seem interesting about this exhibit was the display of books, set upright on a table, titles shown to us. I realized quite quickly that the commonality among all the books was women. They were either about women or written by women. Some of the authors that stood out to me were Maya Angelou, Jane Austen and Lee Harper. All important women who wrote important stories about women. The message here still wasn't clear to me.

Moving on to the movie portion of the exhibit, this was certainly odd. Each of the women in the photographs was videoed reading as well. The movie was silent, with a close up on the faces of these women just reading. I would think the meaning here was to showcase how a book can get you lost. Or how you can be in a different world, in your own bubble when reading. Reading can take you outside of yourself, forgetting about the rest of the world. It's like you're standing still and the rest of the world is still moving.

There seemed to be a lot of ideas floating around in this exhibit with thin strings connecting each of them. Not making a lot of sense to a not so artsy person like myself, seeing all of them for the first time.

For someone who loves finding the deeper meaning behind artwork, I think this would be a great exhibit. But for people who are on the other end of the spectrum, I think it can be a bit confusing and also boring.