This Is 'Arrested Development': A Comedy Masterpiece

This Is 'Arrested Development': A Comedy Masterpiece

And I thought the Griswold family was dysfunctional. 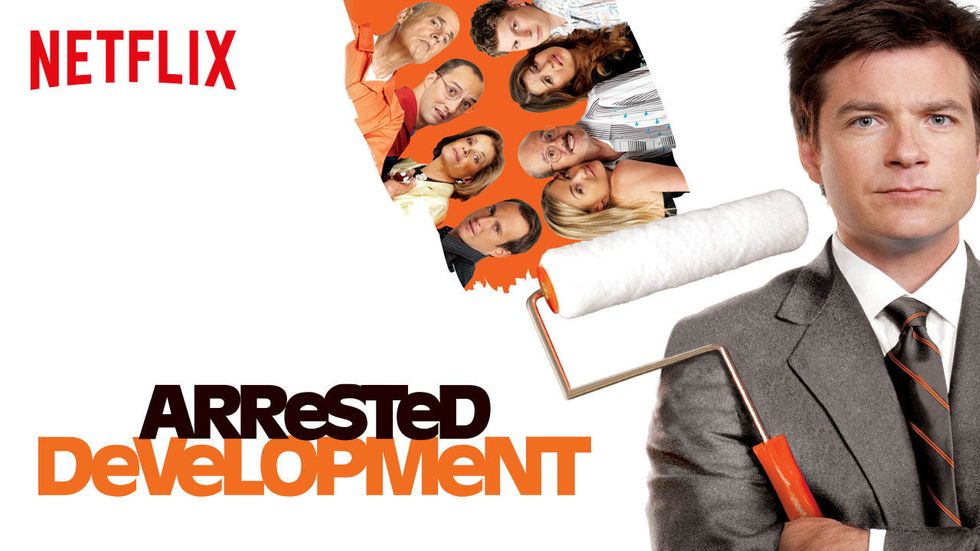 "Arrested Development" is a sitcom series done in a unique mockumentary-style format with each episode of the series narrated by director Ron Howard ("Apollo 13", "The Da Vinci Code").

The series focuses on the renowned Bluth Family, a formerly wealthy clan known for their real estate business founded by corrupt CEO George Sr. (Jeffrey Tambor). When George Sr.'s shady business dealings from the past finally catch up to him landing to a stint in prison, George Sr's son, Michael (Jason Bateman), eagerly becomes the heir to the Bluth company.

Not only will Michael have to run the family business, but perhaps even more difficult: keep his flawed family united under the same roof.

Despite his strong distaste for his family and their antics chiefly his ignorant older brother, GOB the magician (Will Arnett) and his shrewd, as well as calculating mother, Lucille (Jessica Walter), Michael does have a soft spot for the other Bluths and realizes that his son, George Michael (Michael Cera), is in need of some form of connection with his own lineage after the passing of Michael's wife.

The more eccentric members of the Bluth family include Michael's younger brother, Buster (Tony Hale), a nervous wreck of a man living with his mother, Lucille, while struggling to become more independent; Michael's brother-in-law, Tobias Funke (David Cross), who goes through each and every day with the demeanor of a Shakespearean actor, though unable to support himself financially; Michael's spoiled sister / Tobias' wife, Lindsay (Portia De Rossi); and Tobias and Lindsay's defiant teenage daughter, Maeby (Alia Shawkat), who unknowingly becomes a focus of attraction of her cousin, George Michael.

From the first few lines of the pilot, the show makes it a point that Bluths are anything but the typical TV family. But there is an evident connection and love between all of the characters that shine throughout the first three seasons. I have yet to finish watching the final two seasons, which look to be veering away somewhat from the family aspect and more on the characters as individuals.

"Arrested Development" has flashes of classic "Simpsons" in that almost every bit of comedy clicks perfectly while being full of quotable lines, scenes, and musical numbers. Unlike most television sitcoms, there is a stable amount of continuity between each of the episodes with plot-lines that will come back around and pay off down the line.

The show has no shortage of guest stars, either, from Charlize Theron, Carl Weathers, Liza Minnelli, Ben Stiller, James Lipton (RIP), and many others that are fun to see in a more comedic light than usual.

The first three seasons of "Arrested Development" originally aired on Fox from 2003- 2006 before being canceled due to low ratings, though constantly gaining critical acclaim and receiving many Emmy nominations. Since the cancellation, Netflix acquired the rights for the show in 2011 with the final two seasons, along with the initial three seasons now available to stream.

For those looking for a series that is not dense with drama and/or just need a family of weirdos to laugh at when life gets you down, I highly recommend giving "Arrested Development" a watch. You will not regret it.

Madison Franz
The Narrative
1120453
Photo by Brooke Cagle on Unsplash

Madison Franz
The Narrative
655706
Photo by Manny Moreno on Unsplash