A glimpse at Aries, the First Sign of the Zodiac 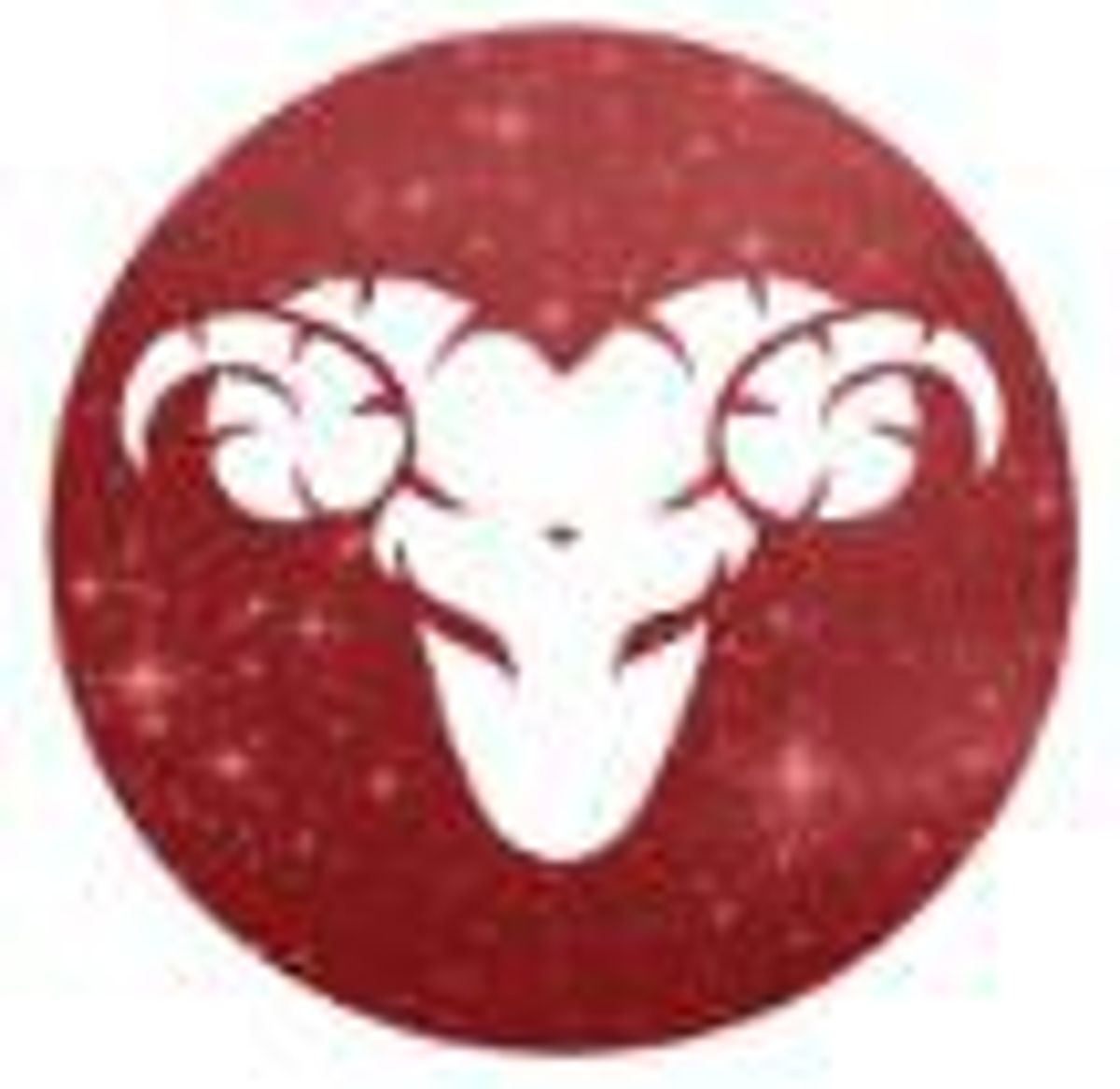 (A note: Because I am generally writing on the sign itself—and, in doing so, I feel I should avoid gender-specific pronouns and the confusing singular “their”—I will be referring to the signs as “it.” I hope this will not cause confusion for readers.)

Body Parts: The Head and Face

Aries fits perfectly in its position as the first sign of the zodiac. Having the most active quality (cardinal) and the fastest element (fire), it has an inborn desire to lead in everything it does. The symbol of Aries is the Ram, an animal that will not hesitate to bump its immense, crushing horns against the feeble crown of your head. People with their Sun in Aries were born within the first month after the Spring Equinox, when all plant and animal life revive after the frigid, desolate months of winter. At that point, warm weather comes back with a vengeance.

Aries is ruled by the planet Mars, named for the god of war. Aggression, assertiveness, and combativeness are a few of its biggest traits. Yes, aggressiveness is sometimes considered a negative trait, but we all have to be a little aggressive once in a while. People with a strong Aries emphasis in their charts find it easy to take risks, stand up to their enemies, and fight to the death. You don’t want to mess with them (unless you have a lot of Aries or fire in your chart, yourself; if so, I’ll grab some popcorn and enjoy the show). Aries isn’t necessarily like Taurus—or other fixed signs—that won’t budge or change their mind out of pure stubbornness. It just won’t let you boss it around or tell it what to do.

Like the First House, of which this sign is the natural ruler, Aries is all about the Self. Aries is all about “what’s in it for me,” about what something or someone else has to do with it. Its opposite sign, Libra, is concerned about what it has to do with others; how Libra’s actions affect other people. That’s why Libra is so peace- and compromise-oriented; it puts others before itself. On the other hand, Aries’s main concern is what is best for itself. If the other person does or says something that Aries doesn’t agree with, it will tell them so without hesitation. If Aries doesn’t agree with its spouse about where to move, or how to handle their joint finances, Aries will tell him/her so. If Aries doesn’t agree with its professor on an issue, it will speak up about its point of view. And unless a compromise satisfies it, Aries will not agree to it. Yes, this comes off to others as a very selfish attitude; however, to avoid being a shaggy overused doormat, one should sometimes make use of the self-oriented Aries way of thinking.

Aries’s speed, assertiveness and strength give it an abundance of energy to burn. Its vitality, if used constructively, can make it a natural athlete, leader, and go-getter. It takes practically nothing to get it started in whatever venture it decides to take on. However, a key weakness of Aries is a lack of focus. It often gets passionate about a project in the beginning, only to leave that project unfinished as soon as it comes up with a newer, enticing conquest; this can be true in romance, careers, friends, or any other aspect of life. Aries craves novelty and despises boredom, and as soon as it gets used to something (or someone), it can move on to something new without taking too much time to make a decision. This is a sign that goes with its gut.

With spirit (fire) comes optimism. Because Aries doesn’t have a tendency to ruminate over tough situations, and because it is always eager to go to the next thing, it can bounce back from those situations pretty quickly and easily. It dislikes anything that will get it down emotionally and prefers to look at the positives, paying attention to the here and now instead of dwelling on the past or over-worrying about the future. Such an attitude makes Aries popular among its peers and a welcome guest at parties. People of this sign may be leaders of their group or clique, the first ones on the dance floor, the confident flirts, the ones taking on even the most risqué or intense games. They may be the people who get in fights after drinking too much. One must keep in mind, nonetheless, that not every person with their sun in Aries has all of these qualities. This is just a peek at the kinds of personality traits Aries has in its purest form.

You may be wondering about Aries’s body parts at the top of the page. Aries rules the head and, in general, the face. People with a planet(s) in Aries, or another strong Aries placement in the natal chart, may have something noticeable about their face, such as a scar or a noticeable birthmark. Those with Aries planets and/or Aries on the cusps of certain houses (more on Houses in later articles) are usually more prone to head, brain and face injuries and blemishes than are others. Migraines, eyesight issues, sinus issues, and acne are a few of the problems that can crop up for someone with an Aries-dominant chart. Aries-heavy people should be careful while doing things such as driving, playing sports or doing another similar high-action activity, and arguing. There is a tendency for Aries to overdo it (speed-/aggression-wise) in any of these activities, and it may end up regretting doing so.