Are You Awake? The Importance Of Consciousness Among African Americans
Odyssey

Are You Awake? The Importance Of Consciousness Among African Americans

America is destroying the black body and broadcasting it live. Here's how we can do better. 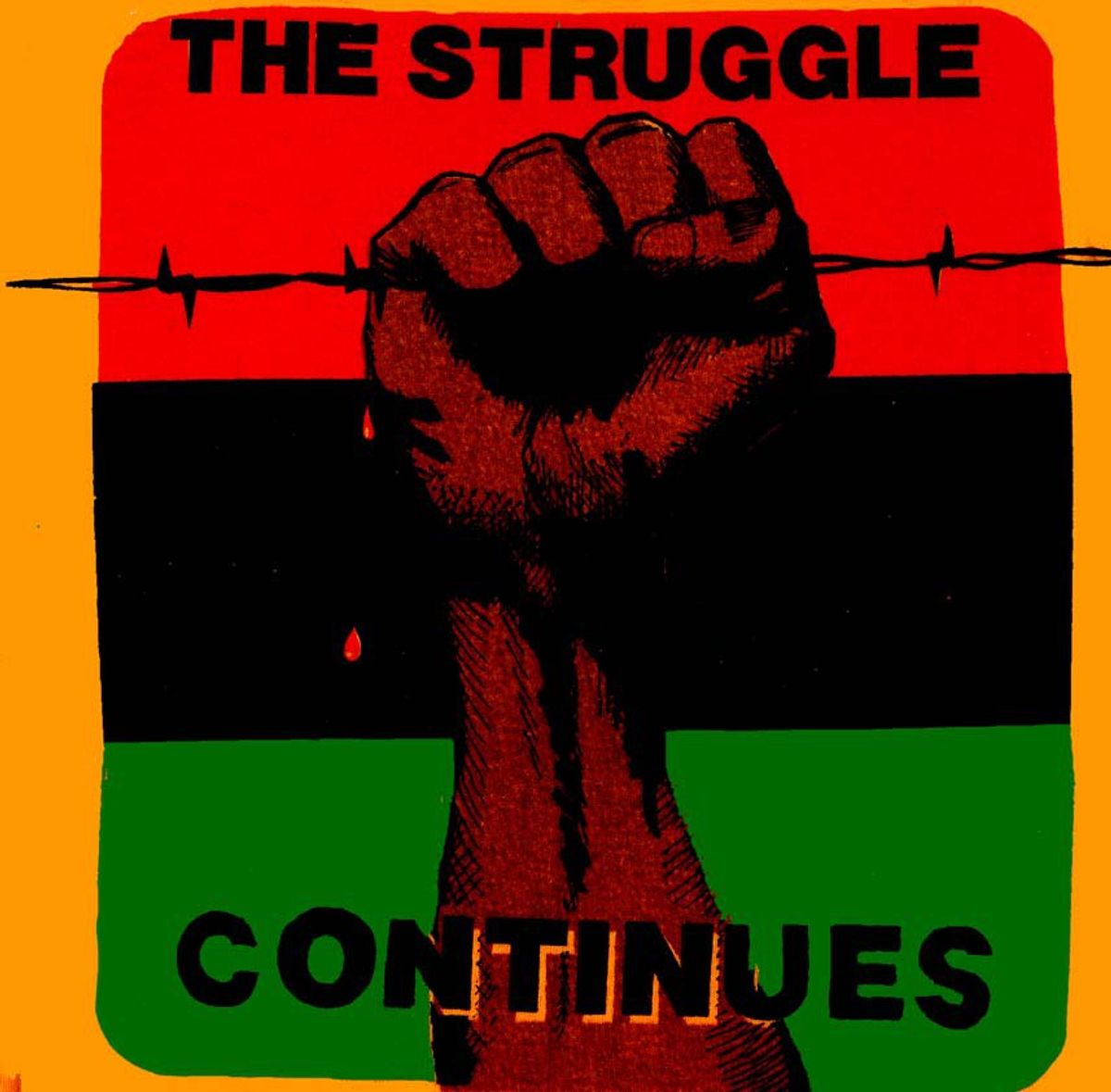 The number of deaths among blacks due to police enforcement is continuously increasing. The black male has the highest incarceration rate. Black children are being ostracized and made to feel as if they mean very little in schools; as a result, the children are flipped out of their desk by school police officers. Racism in America is not new; nor is white supremacy. The black body has always been deemed breakable by America.

I cannot stress the importance of being a conscious young African American enough. By conscious, I mean awake and having the ability to the think for oneself. Consciousness is the state of awareness of an external object or force. America is full of unconscious people who have been programmed to believe in certain things and people. The brainwashing done by America has resulted in slavery and oppression. With a conscious mind, one has the ability to the see through the programming and to go against the life he or she is predisposed to. As an African American, I have gone against that grain. Every black person should know they have the same power.

The black race is predisposed to failure, but I find it essential that black people believe they will succeed. Even though the judicial system is set up so that you will receive a severe punishment than someone of whiter skin, you must succeed. Even though stop and frisk seems to only apply to the black male, you must succeed. Even though you don't have the same opportunities as another child outside of your school district, you must succeed. Even when banks are set up to decline your loan applications because of your skin color, you must succeed. The key to escape brainwashing is to develop a mind of your own. A person must unlearn what he or she has been taught to learn what he or she needs to know. Not to say they should disregard what is learned in school, but develop a love for knowledge and want to get information and formulate opinions on your how. Reading on your own increases your vocabulary and enhances your intellect in different areas. The best way to increase self-knowledge is to read.

While opponents argue that racism does not exist, white supremacy is still prevalent in a child’s school day, as well as a social class system that distinctly separates blacks. White supremacy is the belief that white people are superior to all of the other races, the black race especially. For centuries, black people have been targeted. The neighborhoods marked as ghettos are another trap set for black people to fail. The education system is corrupt, as well as the judicial system.

America has shown you how meaningless the black body is. Mass incarceration, discrimination against natural hair and skin color in academic settings and the slaying of blacks by police enforcement are all examples. Black youth need to learn how to value, love and fight for themselves. If you don't stand up for yourself and your peers, who will? Sandra Bland, Mike Brown, Tamir Rice—the names keep changing, ages keep ranging, but the skin remains the same. We cannot let their deaths be in vain.

As an American, we all have privileges, such as voting, freedom of speech, etc. To be an American means to have freedom and be able to make decisions based off of your preferences. Expect equal treatment, but as an African American, know that will not happen. To be an African American in America means to be judged unfairly, treated brutally and to fear for one's life. African Americans can't call the police without the fear of being killed by one. The black body is not respected; it is not deemed valuable enough to need an explanation for its destruction. It is deemed unworthy of an explanation for why the black body was targeted in the first place.

Through self-education and self-knowledge, it is possible to obtain a future in which different ethnicities can coexist without one feeling superior to the other. There are endless young black people across the nation accomplishing great things and leaving long-lasting impacts on this world. People have to be aware of these things. The world will teach you to limit and doubt yourself because of your background, your income, and your appearance. I'm telling you to push through and show the world what you are capable of. It was after reading "Between The World and Me" by TaNehisi Coates that I really became able to describe my beliefs and articulate my values. I value my black community all over this world. After Coates so perfectly described the setup laid out for the black man in America, and set the tone for white privilege and supremacy, I found out what puzzle I fit into—a puzzle that represented the fight for our black youth. Through my own accomplishments and efforts, I have found that there is always a way out when you are persistent. Never give up. It is important to be conscious of the injustices you will so you can persevere through them.

Despite countless endeavors, despite a world full of prejudice and racist people, you have to know that one day, things will be better, and you have to be willing to fight for it. Believe that as one African American in this world, you can help pave the way for future generations to live a peaceful life. With being conscious also comes the urge to help awaken others. Help uplift and empower other brothers and sisters. Someone cannot be enlightened about a situation and not want to share their wealth of knowledge. You are helping the oppressor. You have to be aware about how much of an impact you really can have on this world. The day black people all across the nation unite is the day progress will truly have been made. It starts by getting our young people to believe in themselves. That they are worthy, they are royalty, and they are our future leaders. My argument is not that every white person in the world is racist, but white privileges and white supremacy are real. They are deadly to the black body in every way possible. In order to live within our black bodies in this world, we must educate each other, and uplift each other. The fight to live free within America will continue on.