No, It's The Same Old Racism, Just More Visible 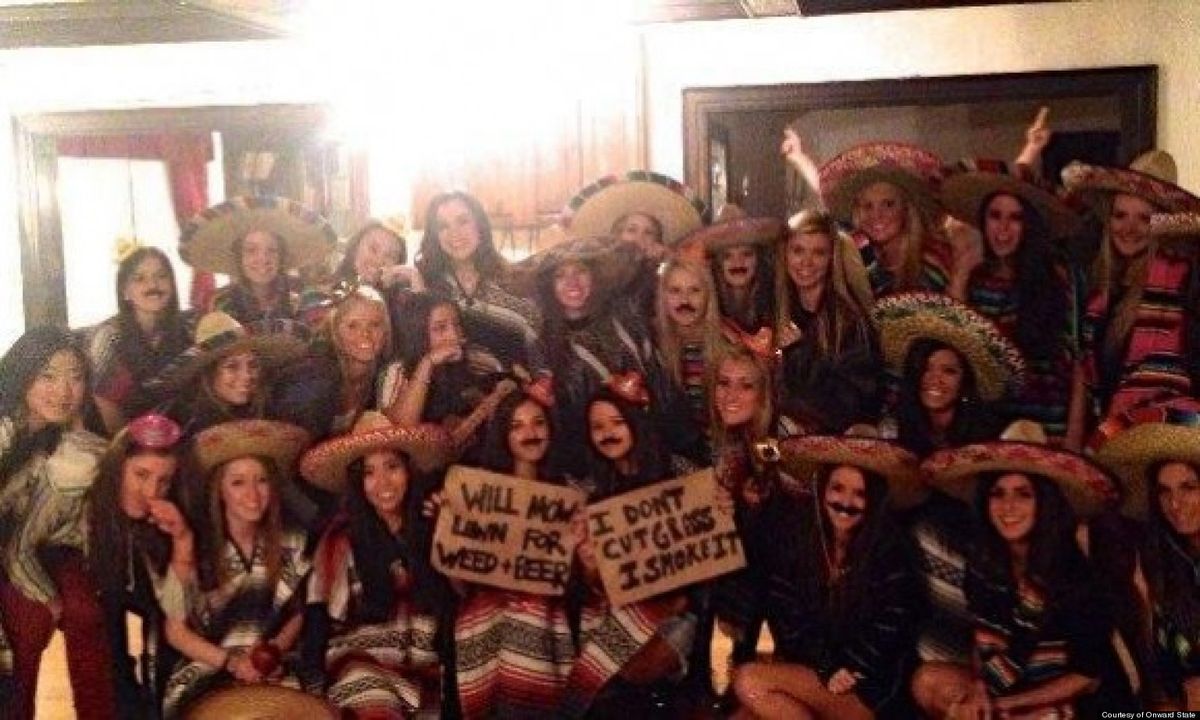 Imagine being in high school and applying to different colleges. You want to better yourself and make some kind of change in society. You want to discover your passion and purpose. You want to explore a different area of the country and meet new people. You want a great academic program as well as sports and faculty support. With all these things in mind, you apply to multiple universities all over the country and choose one. The place where you may spend the next few years of your life.

You finally get there and your roommate tries to poison you.

You finally get there and you see blackface Halloween costumes.

You finally get there and an on-campus fraternity is on a bus singing about hanging n*****s from a tree.

This is what happens when you're black on a college campus in America today. Even though so many universities in America try their hardest to seem diverse and to achieve "inclusive excellence," as a black student, you quickly realize that this campus is not safe for you.

At the University of Hartford, freshmen Chennel "Jazzy" Rowe and Brianna R Brochu were unfortunately placed in a dorm together. Aside from her constant disrespect such as deliberately turning off the lights as Chennel was studying or just making Chennel feel unwanted in the dorm, Brochu had to go one step further. Brochu, who in case you haven't realize by now is white, was arrested for posting publicly on social media about her attempts to poison Chennel by doing disgusting things such as rubbing used tampoons on her backpack and spitting in her coconut oil.

Chennel was not aware of this until after she started moving out of the dorm but was actually getting sick due to Brochu's acts of biological warfare against her roommate. Brochu was committing a hate crime which she publicized thinking that the world would laugh along with her. She should be punished to the full extent of the law.

When cases like this and other overt shows of racism against students of color are "on the rise" across the country, people have begun to ask if college campuses are becoming more racist.

That is the root of the problem. We need to stop acting like this is a new founded issue or that these are isolated events. Racism is the backbone and blood of this nation. Until we sit down and discuss the ignorance that perpetuates racism and unitedly say as a nation "No More Racism," people of color will never be safe whether it's on the streets, on college campuses, in restaurants, and anywhere else. The first step in the process is "no tolerance." Whenever students are discriminated, attacked, or unwelcomed in a setting due to race, the perpetrators must be punished appropriately.

Students against whom these actions are perpetuated should also continue to be vocal. There will be no more silence in the face of oppression and discrimination.