A brief peek at Aquarius, the eleventh sign of the Zodiac 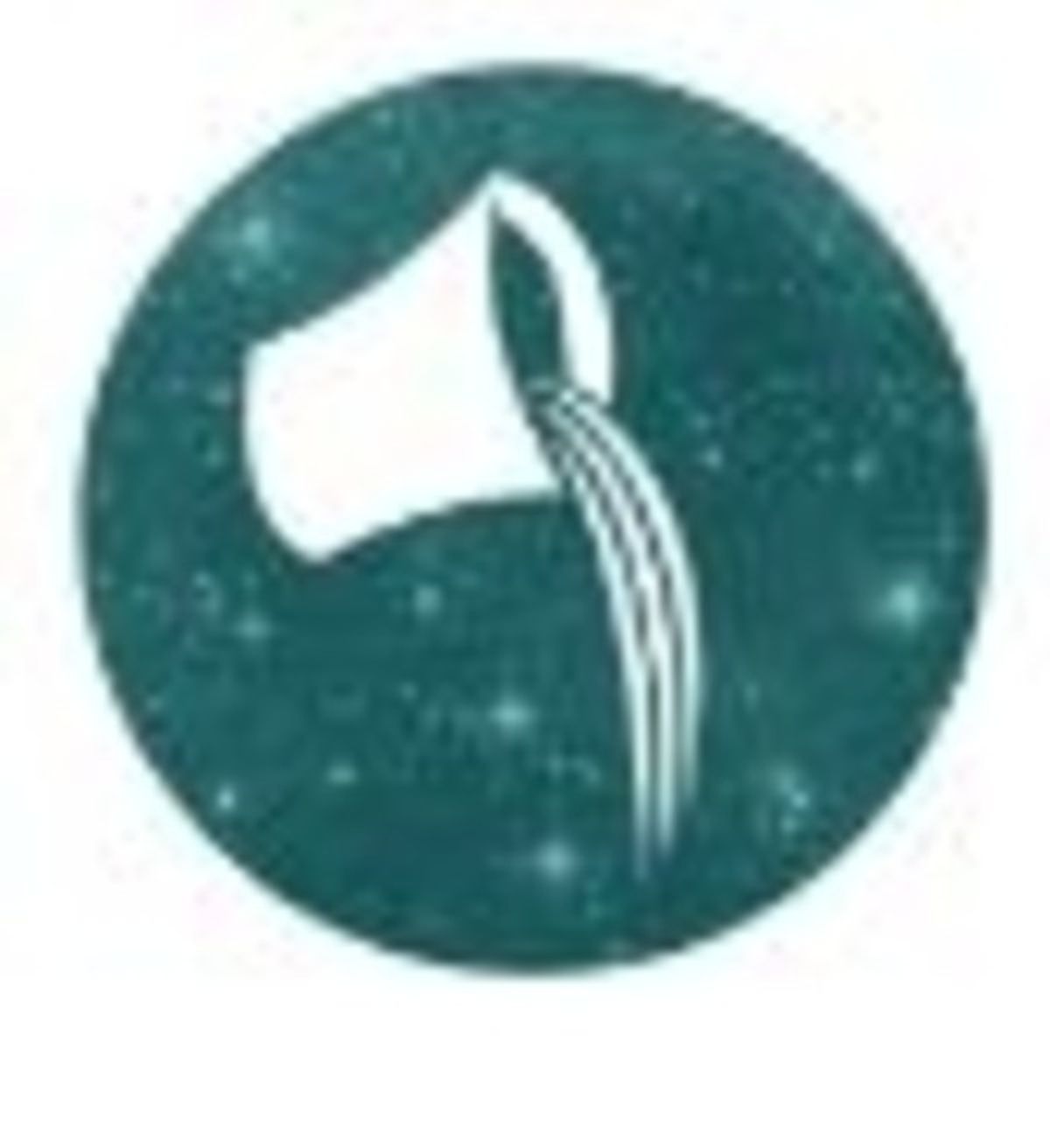 The sun enters Aquarius at a time when the darkest month of the year ends and evenings become longer. I bet you were tired of all the dimness of the Capricorn season (well, I’m not). Aquarius is the bridge between the skeptical melancholy of Capricorn and the colorful escapism of Pisces. It’s detached idealism. After spending all of that time indoors to hide from frost and brood over mistakes and self-improvement, you gain some insights, go back out into the rest of humanity, and implement them. Out with the old, and in with new, more effective ways of doing things; that’s Aquarius’s jam. It’s still snowing from time to time, and it’s still cold, but it’s a bit brighter out and people can mingle a little. We have Valentine’s Day during the sun’s time in this sign, which may be a little odd when you look at some of this sign’s traits. But Aquarius is about the unusual. Besides, it’s not far-fetched to think of the love holiday if you broaden your view of it a little. It’s not only lovers who give each other V-Day cards; you can give them to your friends and family, too. It’s a holiday about being kind to your fellow man, another thing Aquarius is about. It also starts around the time college students go back to school for the spring semester, and that can be seen as a group reuniting as one. The water bearer1 pours streams of innovative knowledge so that (s)he can share it with all of humankind.

Aquarius’s ruling planet is one for which you’ll have to brace yourself. Uranus, named for the god of the sky, is all about quaking things up. It keeps everything from going in the same old direction. It throws in chaos, surprises, and wake-up calls to promote hot-and-fast change. Aquarius is the sign that takes action against traditions and practices proven to be outdated, useless and hurtful. This sign is all about anything that fits outside of expected norms. It’s mix-matched and clashing clothing; pink-, blue-, and mint-green-dyed hair; tattoos and piercings; techno music; yellow and purple lipstick; cosplay and comic cons. If it’s seen as “strange” or “weird” by society, it falls under Aquarius. Many people with strong Aquarius or Uranus placements are seen as “not normal” or the “oddball” in the family, classroom, friend circle, or workplace. Even though many other Aquarius people politely turn down that neon-lavender leotard, their tastes in music, food, and other aspects of life will likely differ from those that characterize the culture in which they were raised. Since Aquarius sees life through a different lens than others, it’s the one that will promote change, usually where it is needed most.

Aquarius’s natural home lies in the Eleventh House, the house of hopes and wishes. This house is a collectivistic house, showing what kinds of groups and organizations the chart holder joins, and how one acts as a part of a whole. It’s also the house that rules casual friends; not the close, intimate friends of the Seventh House, but acquaintances and people whom you are cool with, but with whom you don’t maintain a strong bond. Aquarius values the group over itself, doing what it can to unify all members as one sanction for a common goal. Aquarius is one of the best friends you can have; it accepts you for who you are, will give you the shirt off its own back (and the pants off its own legs), and fight on your behalf when a perpetrator does you wrong. The Fifth House, the opposite house from the Eleventh, is all about personal expression: your hobbies, your creative endeavors, your love affairs, your kids. Aquarius is about the expression of the group: our beliefs, our projects, movements and causes, universal love for all, our triumphs and our future. Leo and the Fifth House are about acting as a sole individual; Aquarius and the Eleventh House are about acting as a team player.

Aquarius is the fixed air sign of the zodiac: stable and persistent, but inflexible and unyielding, and focused on intellect and the mind. This combination makes for a real genius, because Aquarius is all about mental pursuit, all the while being able to keep its focus clear and consistent. Along with Uranus as its ruling planet, the fixed air sign can create innovations the world has never seen before. Aquarian types are often very skilled in math, science, and music. Nevertheless, they can sometimes have trouble in school and work, since their minds are in a different realm from others. They’re very likely to retaliate against their parents, teachers, and other authority figures, especially during their teen and young adult years. Although very open-minded and accepting, Aquarius is very rigid when it comes to opinions that rival its own. It’s easy for this sign to become a rebel without a cause, going to extremes to get the change that it wants, to the disadvantage of itself and/or others. Aquarius is also extremely aloof. Yes, it’ll be your ol’ buddy ol’ pal, but it won’t go any further than that. It’s a free spirit that hates being tied or locked down. For this reason, Aquarian types often flee from romantic involvement; it’s just too much confinement for them. This sign often gets a bad rap for being noncommittal, indifferent, and unfeeling. On the other hand, sometimes it’s better to keep oneself at a distance. If you become super-involved in everything, it’ll put a strain on your mind and make you go crazy… and not the good, Aquarian kind of crazy either.

It’s not certain whom Aquarius will greet; everyone, a small group, a few people, or no one at all. It walks into the party wearing loud, bright colors, donning colorful make-up, or simply being out of dress code. It sticks out. Depending on the situation, Aquarius can be the life of the party, the standoffish nerd, or the troublemaker who came just to crash it. There isn’t much I can write here about what Aquarius would do as a party guest because there is no clear idea what it’ll do. It’s the wild card. You won’t find it in deep conversation with any one person; usually just a quick hi and a short conversation. After catching up with its acquaintances, Aquarius will go off and do its own thing… whatever that thing is. As long as it isn’t up to any good, everything should go smoothly. But if something happens that throws the party in an unexpected direction, chances are it’s Aquarius’s fault. That goes ten-fold if a sign like Aries or Sagittarius is also involved (or both, goodness grief). In terms of romantic interests, Aquarius will respond better to people who are just looking for a hook-up or something more casual. To the Asuka Takanashis of the world, who are looking to “date with marriage in mind,”2 do yourselves a favor: leave Aquarius alone.

Aquarius rules the shins, calves, and ankles and the circulatory system. The lower parts of the legs are usually very beautiful or strong when it comes to this sign. Aquarian people like walking and other light, aerobic exercises like jogging, jumping jacks and yoga. They’re also very into alternative medicine and methods: chakra, acupuncture, herbal remedies, etc. They likely come up with their own health regimens and exercise in groups. Aquarius’s health setbacks typically include ankle sprains and breaks, injuries to the calves or shins, or circulatory problems, especially as they get older. Another issue here is Aquarius’s unpredictability. It can go from being a health nut one day to gorging on junk food the next. Aquarius will eat and exercise on a whim, with no clue as to what it’ll do before it does it, and with a pure rejection of planning ahead. Aquarius’s solution is simply to take a breath and pay attention to what it does. If it doesn’t, its health will go in an unexpected turn, and it will be increasingly prone to accidents.

1Despite its symbol, Aquarius is not a water sign. Just wanted to set that straight here…

2From Everybody’s Getting Married, a 2014 manga by Izumi Miyazono.