April and the Extraordinary World

April and the Extraordinary World

A Historical Fiction Sci-Fi Tale Unlike Any Other 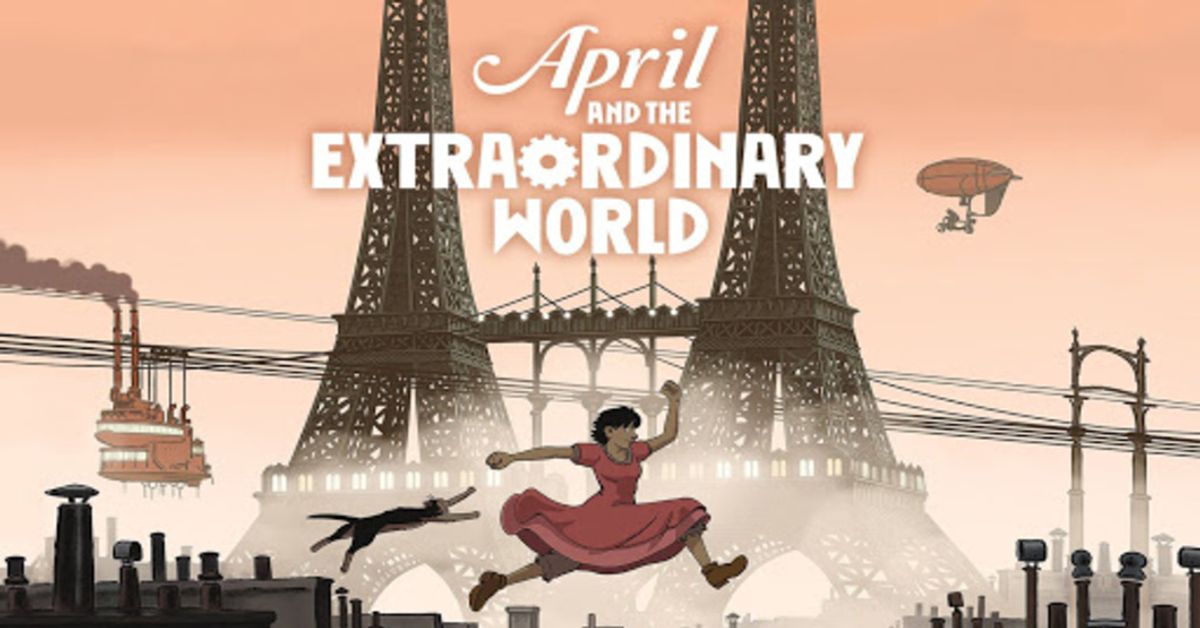 April and the Extraordinary World (2016) is a critically acclaimed animated that tells a bold story of alternate historical fiction. Based on the original work of famous comic artist Jacques Tardi, the film is told with the same charming style as the source material. Immaculately animated, it isn’t hard to see why it won Cristal award for the best feature film at Annecy Animation Film Festival.

Telling a tale of a dystopian world where science and technology haven’t progressed past steam machina and coal is the only fuel supply that world can rely on, thanks to scientists all over the world disappearing without a trace. Without the advancements that would’ve come with electricity, France and practically the rest of the world is choking on the smog and soot that comes with coal technology. The French empire has cut down almost all trees on the European continent; North America meanwhile still has vast forests to utilize.

With that in mind, France plans to invade America to take its trees, but first, they must upgrade their antiquated weaponry. To do so, they kidnap any scientists they can find and conscript them in service of the empire, further dampening any advancements that can be made for the world at large. April Franklin, a young girl in a family of scientists grows up with science as a second nature. With her parents and grandfather working on a powerful serum that would change life as we know it, as is evident by their talking cat Darwin.

But then her parents disappear and she is separated from her grandfather, she grows up on the streets of Paris with just her talking cat. What’s a girl to do then?

The film takes us on a heartwarming tale into this indeed extraordinary world. It encapsulates everything to make the perfect steampunk aesthetic. Steampunk refers to a genre in science fiction that features an anachronistic irregularity in which advanced or modern technology is being powered and styled in antiquated fashion. Such as a high-speed plane that runs on steam power. The world has most of the technology that was available in the 1940’s but all of it is reliant on coal. Which makes for interesting concepts and visuals such as these.

In following April, ten years after her family has vanished, we see that she hasn’t lived much of a life. Granted, there isn’t much this poisoned world has to offer an orphaned girl who has to hide her family history, but what little there is; she isn’t interested in. Seeking only to recreate the serum her family made, not for herself but for Darwin who’s reaching the end of his life (being 15+ years old in an unhealthy world). She has missed out on all the small pleasures that the world has to offer: friends, adventure in new places, love. She refrained from it all to help the only family she had left.

All of this changes with the encounter of a young man named Julius, which inadvertently drags her into the attention of both forces that have been causing the disappearance of scientists. And thus begins the adventure of a lifetime.

I don't want to give too much away, If this article has piqued your interest in the film then I want you to go into with a clear view and not knowing how it will all pan out. But I can promise the film will be well worth your time, you can find it on Netflix currently. I hope you enjoy it!