Approaching The Silence In The Snow
Odyssey

Approaching The Silence In The Snow

Where the silence is, God is also. 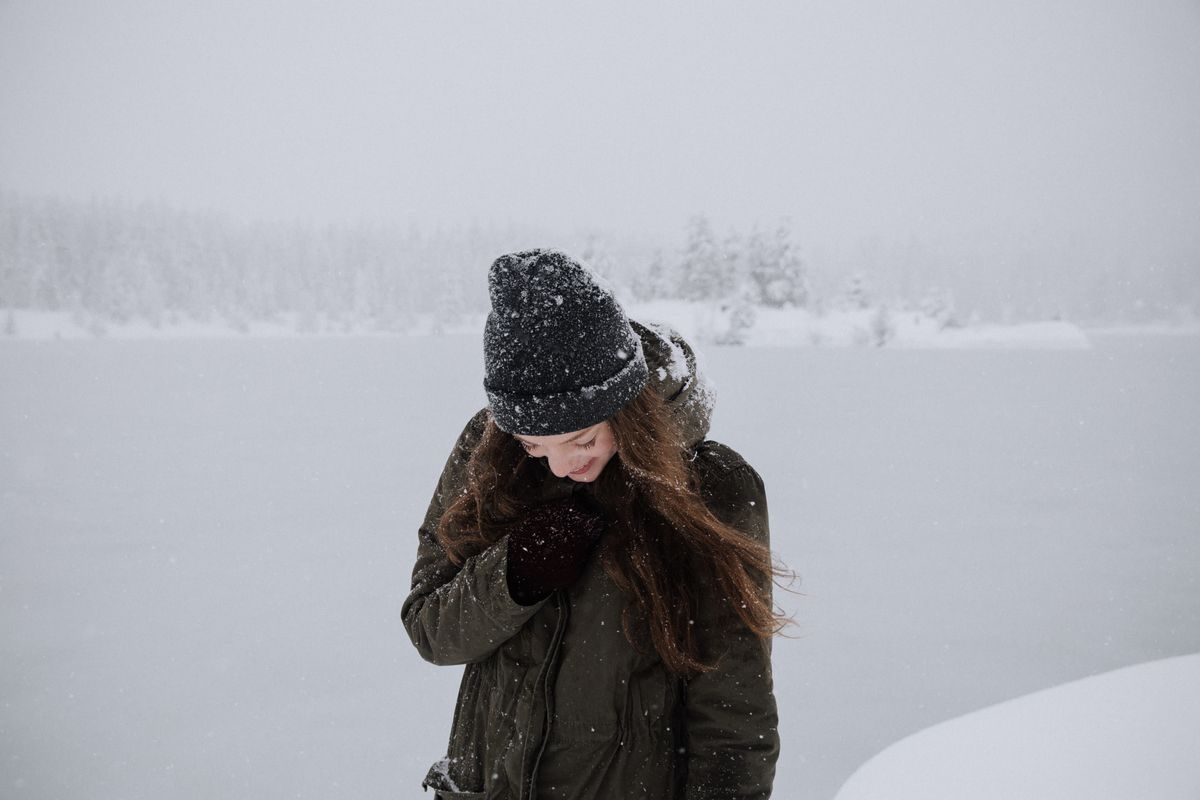 There’s nothing better to flip your whole week upside down than a snow day. Especially in the south, where everyone runs to grab milk and bread and no one knows how to properly maneuver the roads. That is, unless they’re in a big ‘ol jacked up truck.

When I was a little girl, I remember praying and asking God for snow. I would go into our powder room, lock the door, and stare out the window into the woods, and tell God that I really wanted snow that year. The cycle continued and continued until I wasn’t a little girl anymore and the idea of snow seemed unattainable.

In Georgia, snow is one of those things that are either vastly overdramatized or the complete opposite. A few years back, we had “Snowpocalypse 2014,” which my mom claims was the biggest snow Georgia had seen since the Blizzard of ’93. Ever since our snowpocalypse, everyone has been overly cautious in hopes that they aren’t stranded at work, school, or on the side of the highway without gas.

After a few ice storms and some false alarms with snow, I think everyone downplayed this winter storm we received. I know I did. I expected a few flurries, not ELEVEN INCHES. I mean, this is the most snow I’ve ever seen in Georgia, and it came in December?!? What?!?!?!?!

God spoke right to the heart of the little girl inside of me when He sent this one.

In the midst of the snow first coming in, my Instagram feed was flooded with girls posing with their friends. My Snapchat consisted of pictures of snow flurries or friends doing stupid stuff with the filter “Up To SNOW Good” plastered across the top.

Okay, okay, don’t think I’m mad people had fun in the snow - I’m not. I found myself wishing I had a friend with me to enjoy the snow and take cute pictures. Alas, I was left with my parents, my brother, our adopted brother (Yes, Tanner, that’s you), and our pups. Not a bad crew, I know, but I just wanted a friend with me, okay?

After canceled plans and one failed attempt to go to Walmart, we made new plans to sit on the couch, eat spaghetti and watch a movie. Only, while the spaghetti was cooking, the power went out. OF COURSE.

All hands were on deck to find flashlights, lanterns, and candles (both real and fake) and put them to good use. After we all sat there for a while in hopes that the power would return, we broke out a deck of cards and began to play.

I don’t think I’ve ever laughed so hard in my life. Right there, with my family, in our cold, dark kitchen, I realized that I had everything I needed.

As I sit here and write this the next morning (still no power, 20+ hours later), I can’t help but look at the calm, white blanket that lay in my backyard. Snow flurries are quietly falling. There’s no wind. There are no squirrels jumping from tree branch to tree branch. No cars are coming and going. Everything is just silent. Still.

SEE ALSO: It's Called CHRISTmas For A Reason

A few days ago, God led me to the passage in Exodus. In verse 14:14, it says, “The Lord will fight for you, and you only have to be silent.” I’ve seen this verse countless other times, but it never really meant much. I just thought, “Wow, I’m terrible at being silent. That’s not good.”

So when God placed this verse in my lap, I knew there had to be a reason. When I checked the context of this verse, I was just blown away. Chapter fourteen begins with the parting of the Red Sea. Beginning in verse ten, the Bible tells us that the Israelites looked back and could see the Egyptians drawing near, and they cried out to God. It was at this moment, when they saw that there was nowhere for them to turn, that they began to doubt what God was doing.

They started to give up, right before God showed up.

Moses told them to stand firm, and that as long as they were silent, God would fight for them.

Okay, I don’t know about you - but if I was faced with a life or death situation and someone told me to just be quiet, I think I might have a conniption. Seriously, what?!?!? Come on Moses, haven’t you ever heard of anxiety?? Adrenaline?? It’s pretty hard to be silent and still when you have Egyptians charging at you from one side and a vast sea on the other side.

I found that a little piece of my soul was stilled last night, as I looked across the kitchen table at the dimly lit faces surrounding me. This is my home. I don’t need to spend every moment in a constant rush to get different things done. I don’t need to have my calendar filled. I just need to be present, and still, and silent. I just need to trust, and God will show up.

This year’s snow wasn’t a “snowpocalypse.” It was something much more beautiful than that. It was an eye opener. It was calm. It was silent. Sometimes that’s exactly what we need in order to learn. Learn to trust. Learn to be still and see God show up. And, well, learn when to fold in Texas Hold ‘Em.

And as for that little girl staring out the window praying for snow, she got everything she had ever dreamt of.