When Jesus Asks 'Who Do You Say I Am?' What's Your Answer?

It comes down to what you believe - not what your parents, your friends, or your partner believe. 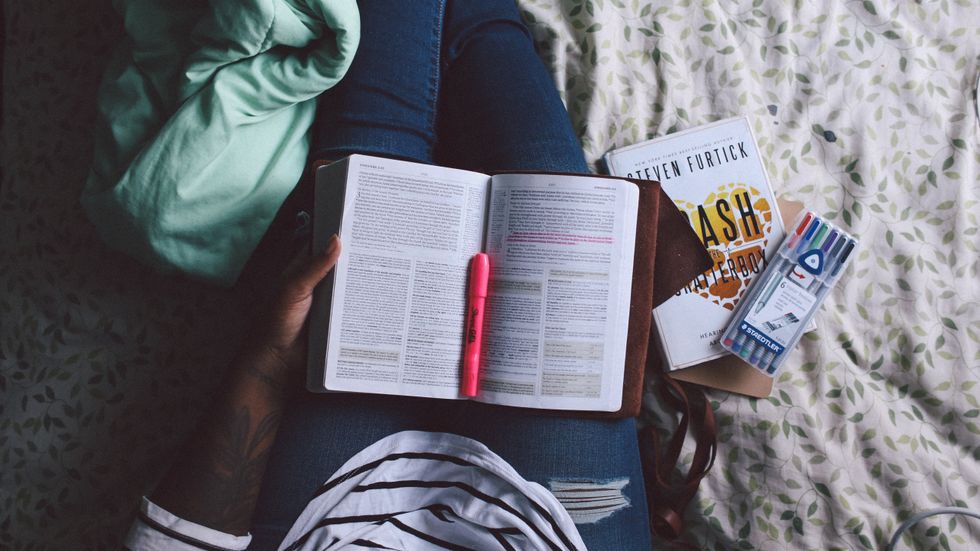 To some, I might be a stranger. Thank you, stranger, for taking time to read this! To others, a life-long friend. Thanks to you guys, too!

You may remember me because of a harsh word I said to you, or you may know me for the late-night conversations we carried.

My actions to you have influenced who I am to you; whether it was a good memory or a bad one, it has shaped my identity in your mind.

The thing is, though, that who I am in your eyes may have been influenced by what others shared about me, and that's fine. We all can be influenced in how we view someone based on another person's opinion or insight.

We still come back to this question: Who am I to you?

It's your question to answer. We live in a society where we allow the opinions of others to project ourselves without any knowledge to back said opinions. In order for you to answer this question about me, it's best that you know me.

Jesus asked his disciples that same question earlier on in their friendship in Matthew 16:13-14:

"[Jesus] asked his disciples, 'Who do people say that the Son of Man is?' And they said, 'Some say John the Baptist, others say Elijah, and others Jeremiah or one of the prophets.'"

Jesus, in a way, is "fishing" through what the disciples believe, even though he already knows their thoughts. He wants them to say in their own words what they believe in their hearts.

Verse 15: "He said to them, 'But who do you say that I am?' Simon Peter replied, 'You are the Christ, the Son of the Living God.'" And Jesus answered him, 'Blessed are you, Simon bar-Jonah! For flesh and blood has not revealed this to you, but my Father who is in heaven.'"

If Jesus asked you who you say he is, what would be your answer?

I know what I'd want my answer to be: He is the Messiah, the Son of the Living God.

Is that how I live my life, though?

We dog on Peter often because he was that disciple - the one we pointed to who spoke without thinking or, you know, cut a man's ear off in a garden. Yet, he was the disciple who spoke honestly when he saw who Jesus really is. He didn't hold on to what other people were saying Jesus is.

Jesus is right (I feel silly for even saying that because obviously): God reveals Himself to us. He is the one who allows us to come to that conclusion, the conclusion that Jesus is who He says He is. Regardless of what I believe, Jesus is still who he says he is. He's not Santa; he doesn't need my belief to exist.

We have the choice to live up to that realization. We can choose to declare it with our words and our actions, or we can leave it be in our brains. In the end, it is our decision; it's not based on what other people say about Jesus.

Does the life I live reflect who I say Jesus is? If I say that he is the Messiah, do I live my life to glorify and honor him? Do my actions point back to Jesus, always?

If I only live as a "Christian" on Sundays, then I don't fully believe in the validity of Jesus' name.

When we believe Jesus is who he says he is, then we believe the Gospel. We believe in his transformative word that allows us to partake in the gift of salvation! If we don't live our lives to glorify him because of this gift, then we are taking Jesus for granted.

I believe that for us to know who Jesus is, it is required that we know Jesus. At the time of this conversation between Jesus and his disciples, the disciples had most likely been walking with him for about two years, meaning they had probably developed a pretty deep relationship with him. That's not to say that we have to know Jesus inside and out before we publicly declare that He is the Son of God; that's impossible.

We should be pursuing Jesus like He pursues us. In this sense, it is a deep friendship, a friendship where we allow Jesus to speak wisdom and truth into our lives and we choose to listen and follow. In the mutual pursuit, we find that God's Word is real. He reveals to us who His Son is because His Son has been working in our hearts, opening them and softening them so that we might believe in Him.

So, here's that question again: Who do you say that Jesus is? Are you willing to share your answer?

jesus
Report this Content
This article has not been reviewed by Odyssey HQ and solely reflects the ideas and opinions of the creator.
Swoon