Another Day In The Life Of Sven Hurtsalot

Another Day In The Life Of Sven Hurtsalot

Bringing a whole new meaning to the term "stupefied" since 2017 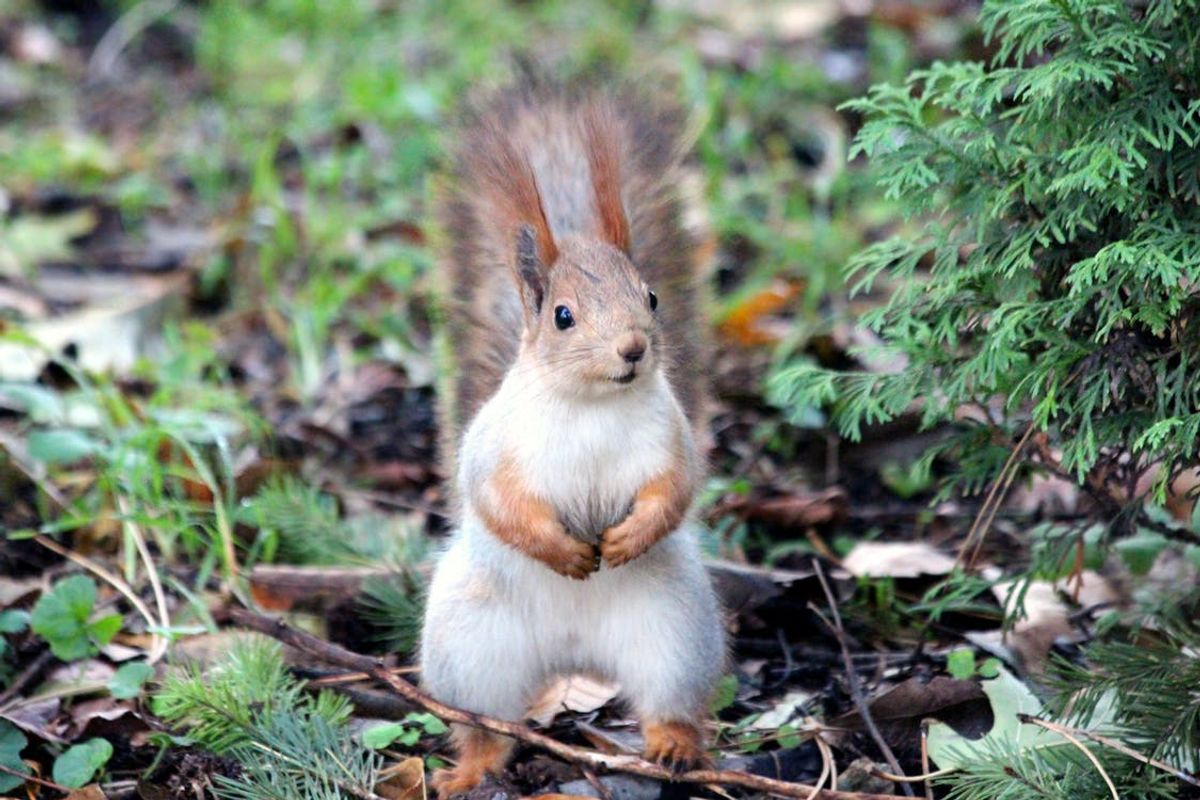 "Yeah, we're getting slaughtered out there!" Sven Hurtsalot responded.

"It doesn't help that they have four legs and we've only got two," I reasoned.

"Or that girls are willing to talk to them," he said.

We had been engaged in our deadly game of cat and mouse for nearly an hour. Or, more appropriately, college student and squirrel. It had been Sven's idea to try to trap one. Quickly, it became apparent that to win this competition, we would have to be willing to sacrifice greatly.

"I don't want to wear a squirrel costume!" Sven yelled back, throwing the garment back in my face.

"Hey, we can't catch up to them and we can't climb the trees as well, so we need them to come to us. Put it on and spray yourself with this girly squirrel perfume."

"Can't we just use food to bait one of them into a trap?" Sven asked, still reluctant.

"If we had food, we wouldn't have to catch a squirrel, you moron!" I kindly informed him.

As he grumblingly started to don the outfit, a mysterious figure stepped out from behind a tree. A dark overcoat had its collar turned up above the person's ears, while a gray fedora was pulled low over the face. With a cheeky saunter, the stranger strode over to us.

"I hear you gentlemen are looking for victuals."

At our blank stares, he continued.

Coyly, I glanced at Sven, who grinned in response. We could both clearly see where this was headed.

"We're not falling for that 'There's free doughnuts in the ladies restroom' routine again, so you can hightail it out of here," Sven sardonically laughed at him.

"What? No, no, no, you misunderstand me," he replied, slightly flustered. "I have a proposition for you. Payment would come in the form of a pepperoni pizza. Are you interested? I assure you it involves nothing unsavory to your character, merely a small amount of physical danger."

"Can we have a second to think it over?" I asked.

"Um, I suppose that would be alright," he responded, glancing quickly around to make sure we weren't being watched.

Sven and I huddled our heads together, whispering.

"What did you want to talk about?" Sven questioned me.

"Nothing, I just didn't want to seem easy."

"Yeah, this is probably good."

Turning back to the man, I held out my hand in agreement.

"Throw in a couple of parmesan packets and you've got a deal! Now, what do you want us to do?"

These have been the adventures of Sven Hurtsalot and myself! Tune in next time just in case I'm somehow allowed to continue writing this epic saga!