The beauty of history lies within the ruins. 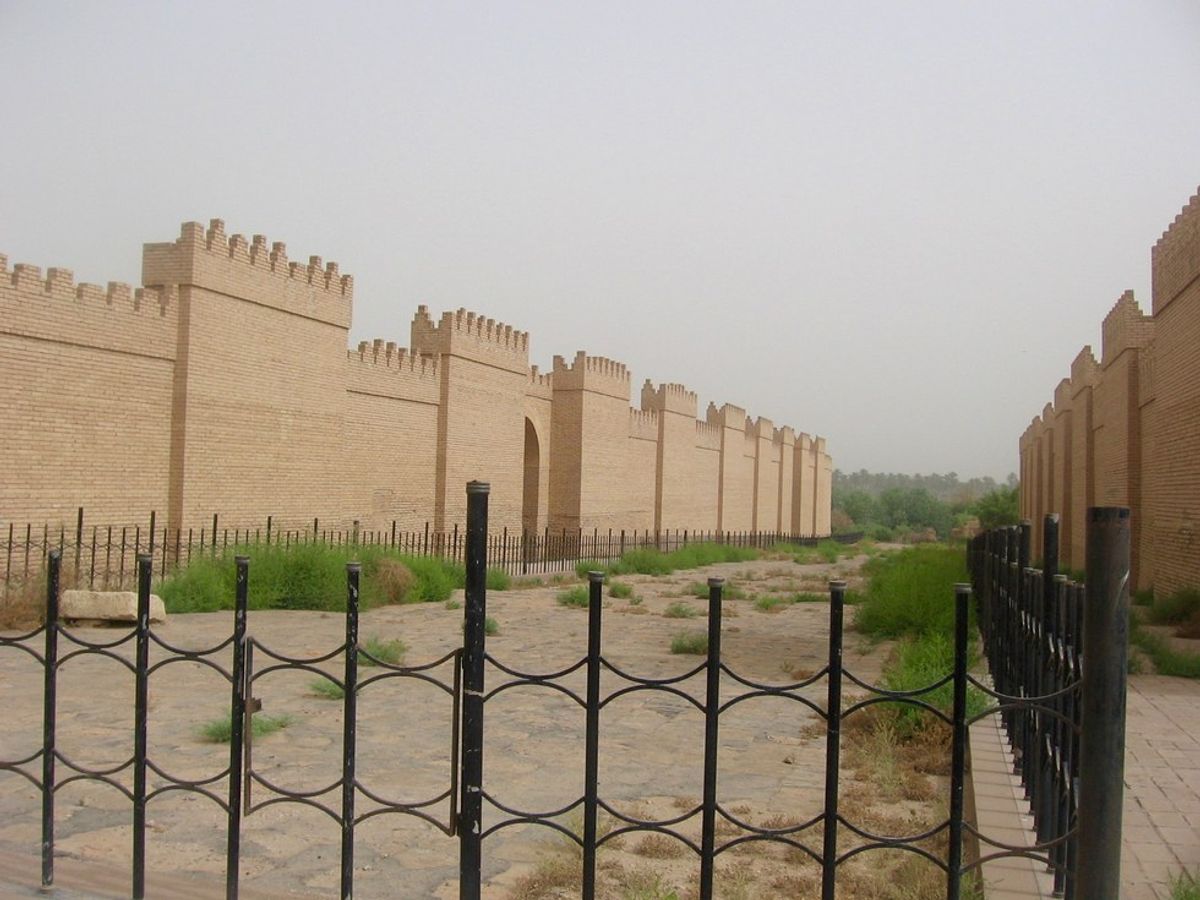 Iraq, as the cradle of civilizations, has a great history that spans not only to the arts and sciences, but also to the ruins of ancient civilizations of Mesopotamia. While dealing with the instability, the country has managed to preserve most of these points of interest, specifically the ancient ruins of Babylon. They are part of what makes Iraq, Iraq. I had the chance to visit the ruins for the first time during my trip to Iraq in June 2016 and have included all of my own photographs. Not only do the ancient ruins open up your eyes to a larger world that existed than the one we live in today, but also they are engraved within a history and embodied within a culture.

Babylon, once a famous city of ancient Mesopotamia, is now located 59 miles southwest of the capital of Iraq, Baghdad. Founded about 4,000 years ago by Hammurabi (statue pictured above), Babylon is not only home to one of the oldest recorded civilizations, but is also the birthplace of writing and literature. The ruins were once the palace of King Nebuchadnezzar II, who rebuilt the city of Babylon in the 7th century. Although the ruins of Babylon are for the most part intact, they have also been restored by Saddam Hussein and then destroyed during the U.S. invasion.

To enter the city, one has to pass through the lovely Ishtar Gate that was built by King Nebuchadnezzar II in 575 BC. The one that currently stands in Babylon is a replica as the original is in a museum in Germany.

One then enters a small garden and the Nebuchadnezzar Museum, which was looted during the U.S. invasion of 2003. Upon stepping foot into the actual ruins, the Processional Street that was the main street for the city is still intact and surrounded by a fence for protection. The tiles one steps on while walking through the ruins are also the original tiles and have not been restored.

Some of the bricks on the walls have not been restored and still include stamped writing in cuneiform that mention the name of the King Nebuchadnezzar. In addition, the decorations in relief form, which are original, are on the brick walls as well.

In the 1980s, former president Saddam Hussein started to rebuild the city on top of the ancient ruins with more modern materials. On the bricks that he used in his restoration he would mimic the king’s actions by also including the inscription “This was built by Saddam, son of Nebuchadnezzar, to glorify Iraq” (pictured below). Not only was this an act of propaganda to portray himself as the king of the land, it was also a scare “tactic” for any country that had thoughts about invading.

While it has significant value, the ruins are not completely intact. Some of the artifacts have been ruined by the U.S. invasion, such as the Lion of Babylon statue. During air strikes in the invasion, parts of the lion have been damaged and broken off.

Nearby to the ruins is a palace of Saddam that he built after the Gulf War.

This palace, built in an old Sumerian ziggurat style, overlooks the Euphrates River and the ruins of Babylon. In addition, it is well maintained with trees and grass to provide green scenery to the palace.

While the palace looks well kept from the outside, the interior is a different story. Currently, the palace interior has been destroyed and the walls are filled with graffiti and writing from the visitors.

The city of Babylon and the palace of the ancient King Nebuchadnezzar are evidence of the great works of a civilization still evident to us in the present day. Regardless of the current situation of Iraq, such as ISIS and the country’s instability, the ruins of Babylon are an example of the deeper history that makes up Iraq and its culture. The wars and events of Iraq have destroyed the infrastructure and other historical sites in the country, however Babylon remains, for the most part, intact and a representation to us of an interesting and intriguing world that lived before our time, 4,000 years ago.

If Undergrads' College Majors Were All Purebred Dogs