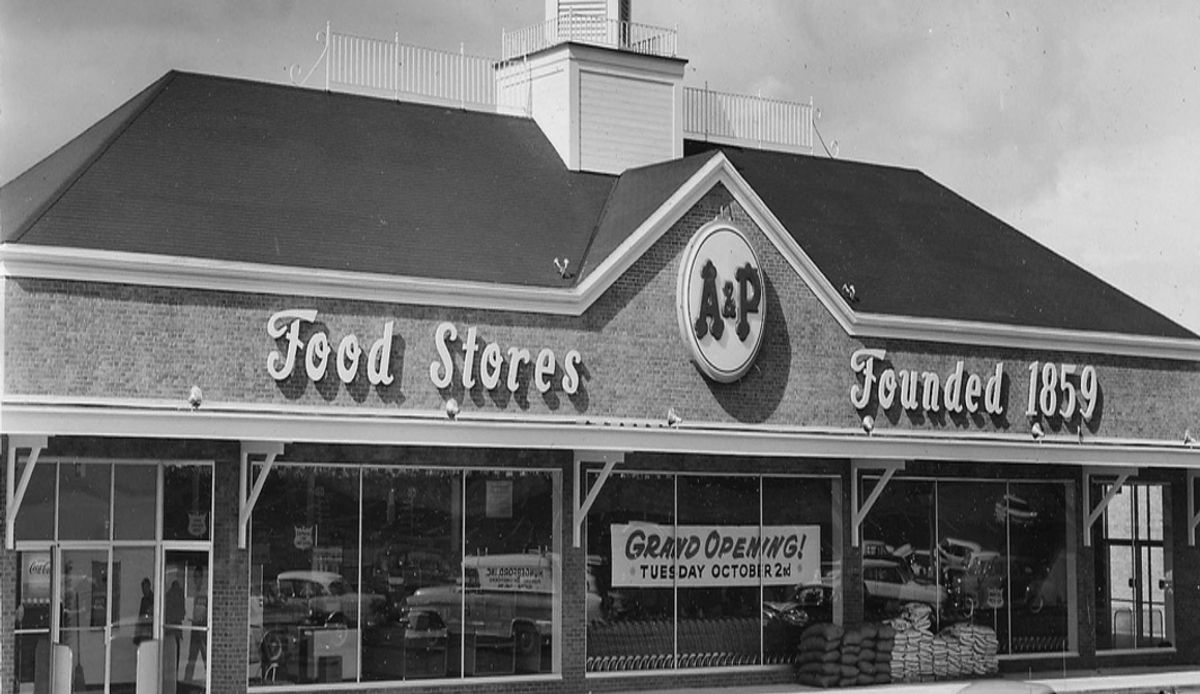 "A & P," a short story written by John Updike, was published by The New Yorker in 1961. The story is considered to be a classic and is taught in universities throughout the United States.

The narrator of the story, Sammy, is a cashier at an A & P just north of Boston. Though it is close to the beach, it is far enough away that "women generally put on a shirt or shorts or something before they get out of the car into the street. " When three girls around Sammy's age walk into the mart, it attracts his, and everyone else's attention.

The girls go about the store looking for one thing, in particular, Fancy Herring Snacks. The girls approach Sammy's checkout aisle as his Manager, Lengel enters the mart and notices what the girls are wearing. Lengel creates a scene and lets the girls know that in the future they will have to comply with the store's policy and cover their shoulders.

After this, Sammy quits. He quits partially to impress the girls and partially because he thinks Lengel took things too far. As he walks out, freshly unemployed, the girls are nowhere in sight. At this moment his "stomach kind of fell as I felt how hard the world was going to be to me hereafter."

The story is layered with sexist thoughts and actions. Both from Sammy and his coworkers. Many people find this story to be extremely grotesque because of the way Sammy talks about the girls. From the start, he assumes the girls enter the store in bikinis because they are seeking attention for their physical appearances.

He goes on to describe pretty much every aspect of the three and doesn't feel the need to leave out how the first girl has "a good tan and a sweet broad soft-looking can with those two crescents of white just under it." The story progresses and Sammy even goes as far as saying, "You never know for sure how girls' minds work (do you really think it's a mind in there or just a little buzz like a bee in a glass jar?)."

The story is told from the first person point of view and in present tense as if the story is unfolding before us. Sammy's overall voice in the story is colloquial. He starts the story off by saying, "In walks these three girls in nothing but bathing suits." There is a direct misuse of language by Updike. The narrator also discusses the idea of the shoppers being "sheep." Sammy is attracted to the girls, partly based on their appearance, but also because of the way they are going against the grain.

Sammy resists the idea of being a sheep just as the girls are resisting the policy to wear clothes in the store. This idea of resisting excites Sammy so much to the point where he decides to quit his job. The difference between Sammy's rebellion and the three girls' is their class rank. It will be much harder for Sammy to resist being a sheep than it will be for the three girls. He realizes this as he looks back to see Lengel slaving away and looks around to find none of the girls have stayed behind to show their admiration.