An Open Letter to {Tolle Lege} 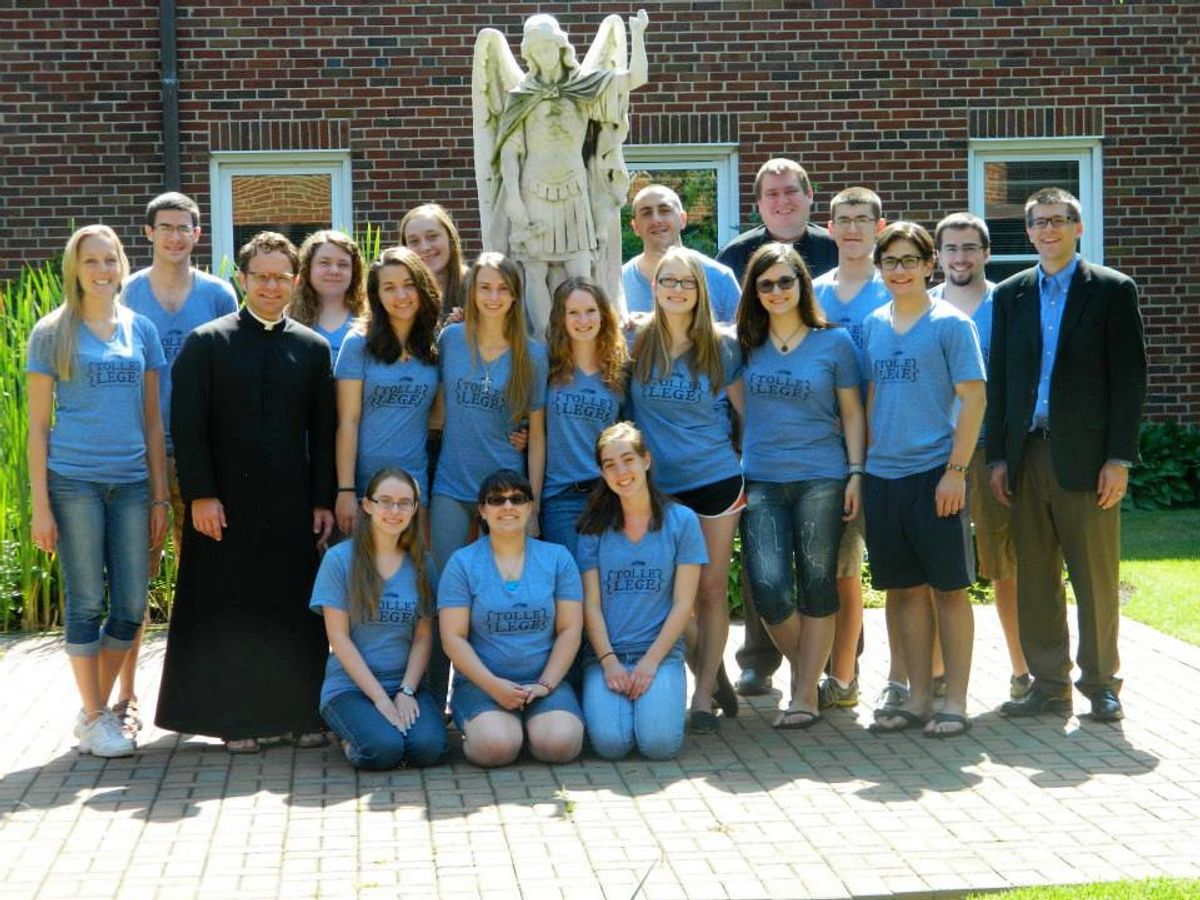 All right, guys. The time has come for me to get sentimental, so buckle up and get ready to go on a crazy ride.

I don't usually talk about my conversion, but for this letter's sake, I think I will. 5 years ago in July 2016, on a night that was sticky and hot, just as Ohio summers are apt to be, I encountered Christ through the Blessed Sacrament during Eucharistic Adoration at a Steubenville youth conference. It was in that one moment, during the Exposition, that I realized that it really WAS Christ in the monstrance. Through the miracle of transubstantiation, the bread and wine take on the substance of Christ's body and blood. A miracle performed in front of me every Sunday. One I didn't understand or believe; something I took for granted. I realized that when I look at the Blessed Sacrament, I am seeing God incarnate. I remember being completely overwhelmed by this love and this mystery. But that was all it took for me to be moved to tears. I probably didn't stop crying until late that night. I really don't remember much. I basically did a 360 that night: going from believing that Christ BEING the Eucharist was a hoax to believing that the True Presence is real. This weekend back in 2011 changed my life.

I wasn't the best of Catholics in my high school years, even after that turn around. At times, I was honest kind of bored with it. Catholicism was just "there" and sometimes an inconvenience. Yeah. Really. Like, Fridays in Lent? Ash Wednesday? What a pain in the ash. Pun fully intended.

BUT...God decided to pull out all the stops. And brought you into my life through a relationship I developed with someone at my high school who was a year older than me. I decided to apply, and the rest, as they say, is history. During that week, I learned about my faith and was able to dive deeper than I ever have, all while making friends and cultivating relationships that I still have with the people I met to this day. What's interesting is that I actually discovered what I was called to study in college during my week at TL, and it was through the fact that I felt most alive when doing Theology and Philosophy (I still feel that way!). During morning prayer probably the 2nd or 3rd day in is when it happened: it was suddenly clear to me that the world needs people like me to study Theology.

I dismissed the thought, but when it came time for me to declare my major for college, that moment came to my mind again. I checked the box that said 'Theology' and began a journey that has been bumpy, but I've managed to hold on for three years. And counting. This past summer, I was actually considering dropping Theology as a major, and then when I was praying at the FEST, in the same chapel where I first realized my calling to study Theology, God told me that I was on the right path and not to change it.

Here I am, almost finished with my undergraduate adventure in Theology and planning to go on to grad school for my Master's. All due to you, TL. Thanks for helping steer me in the right direction.