An Open Letter To The Charlotte Protesters

An Open Letter To The Charlotte Protesters

You've created an issue that overshadows the cause. 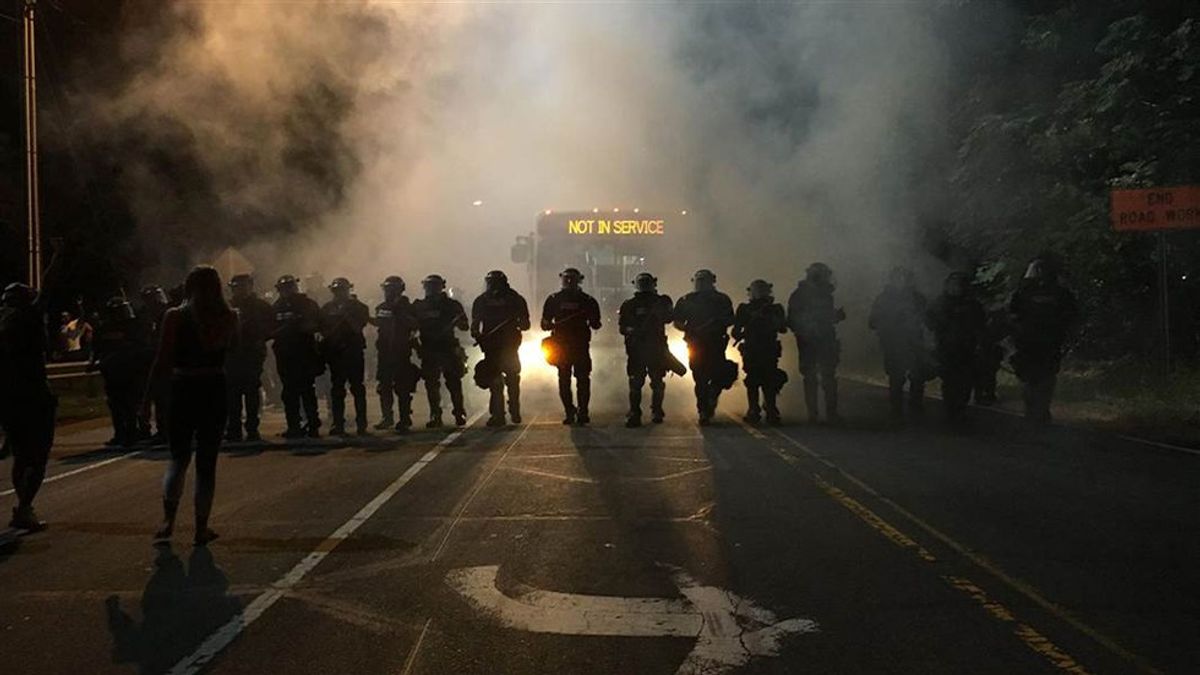 I hear you. There have been a lot of injustices happening, especially this year. I hear you. But, as part of understanding each other and listening to each other and coming together, I want you to hear me too.

Yes, I am a white female, and no I don't know what it feels like to be oppressed. I have been beyond blessed and have had opportunities in my life that other people will never have. And for that, I understand why you may think my opinion on this does not matter. And, maybe you're right. But it isn't my opinion any more, it is my reality.

Because of your rioting and behavior, I am afraid to go into Charlotte. I am afraid for my mother who works in Charlotte everyday. Today, UNCC decided to cancel classes. My friends, my family, my peers can no longer safely go to school. The city that I once loved and enjoyed, the city my family called home is being ripped apart. It is being destroyed. It is being looted. It is being shot up, and I am ashamed of what it has become. Today, the National Guard was called in. Today, my city was declared to be in a state of emergency.

This is bigger than race, than occupation, than social class. This is affecting more people than you know, and if you want innocent people to suffer for your anger anger and frustration, you have more to learn than ever before. You want to end the injustice? Stop acting unjustly towards those trying to live their daily lives. You want equal treatment and respect? Stop destroying the streets you grew up in. You want to make a point? Stop stealing, stop burning things, stop assaulting the very officers that have kept you and others safe for decades. It does no good to demolish the livelihood of others. Violently rioting is not the answer to gaining respect and accomplishing your goals. All it does is turn people away from your cause.

There are people who are afraid to go to work, afraid to walk down the street they once called home, afraid to go to school, afraid to drive down the highway, afraid of getting injured in a place they thought they were safe. And for what? So you could throw a fit in the middle of the street? No. Let me set the record straight, peaceful protests will gain my respect and the respect of others exponentially quicker than destroying property, blocking interstates, looting businesses and harming innocent people around you. And I know it is possible, because while you were setting fire to your city, students at my university and universities all around the nation were peacefully bringing attention to the injustice. They did not yell, they did not loot, they did not set fire to anything, they did not block roadways, they did not harm anyone, they did not break windows, they did not destroy cars or buildings, and they have my full respect and support. You do not.

Ending injustice, gaining respect, resolving issues between people has to start with a conversation. It has to start with respect. What happened to treat others how you would like to be treated? I know that you have not always been treated with respect and I know that oppression is a reality, but I want you to know that I will not, and can not respect your goals until you act respectfully towards the people who are not involved in the injustices you experience. Please, stop the violent protesting and work instead to make connections in the city you live and work in. Work towards peaceful discussions and open communication that do not involve the destruction of Charlotte. It is your home, and my home, but it feels foreign. It is quickly becoming the fallen Queen City. I beg you, do not let it. You can change the direction of this fight. You have a choice and you can have a voice without bringing an entire city to its knees. Protect your home.