An Open Letter To J.J. Abrams Regarding "Star Wars"

An Open Letter To J.J. Abrams Regarding "Star Wars" 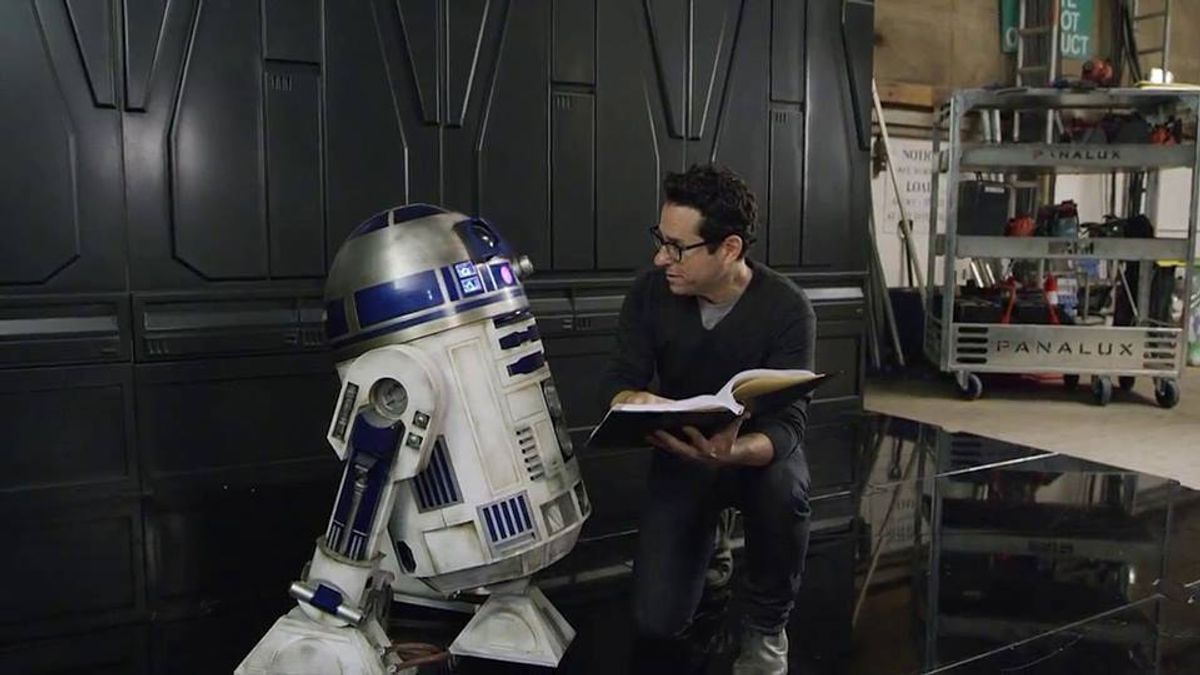 As summer draws to a close and the warm and sunny days will soon turn chilly and cloudy, I am reminded that with each day that passes, we are all one day closer to the premier of "Star Wars: The Force Awakens." So, Mr. Abrams, may I call you J.J.? So J.J., I'd like to talk about my feelings regarding this new installment in the historic "Star Wars" saga and the role you play in it all.

Let me first start off by giving you a brief history. My parents were amazing and raised my brother and I on great movies, my favorite three being the "Star Wars" original trilogy ("Star Wars," "The Empire Strikes Back," and "Return of the Jedi"). I grew up watching the movies, reenacting the scenes with my brother, dressing up as a Jedi for Halloween, and humming the "Imperial March" theme while building my "Star Wars" Legos. "Star Wars" has been a part of my life forever, and this new film coming out as I am just entering my adult life is a really big deal, so let's talk about where you come in, J.J.

I remember the day so clearly, it was Halloween of 2012 when I first found out about Disney's plans to produce a new "Star Wars" trilogy following their acquisition of Lucasfilm. As a lifelong fan of the series, needless to say I was ecstatic and couldn't wait to learn more about the new entries in the Star Wars series.

Just a few short months later it was announced that you, J.J. Abrams, would helm the first film of the new trilogy. I met this news with mixed feelings. I had seen your 2009 "Star Trek" reboot and really enjoyed it, it was apparent that you had a strong grasp of the sci-fi genre. However, I was still somewhat wary of this news; I was unsure how you would handle direction of this new "Star Wars" movie.

I must say that you have more than exceeded my expectations. From your early videos from the set during the "Force For Change" campaign, to the recent trailers for "The Force Awakens," it was very obvious that the series that so many of us grew up with and hold so dearly was in good hands. Seeing the many behind-the-scenes photos and videos, it is apparent how much effort and care is going into this film; it is very clear that this new film is a labor of love by everyone involved, not just a shameless cash-grab by Disney.

I'd like to just take an opportunity to compare what we have seen of the production of this film with the previous six films. Coming off of the lackluster prequel films, "Star Wars" fans all over were ready for someone to breathe new life into the series. It seems that you have done just that, J.J., and you aren't afraid to boast it. While many fans were wary that this would be just another poorly executed and phony green screen-and-CG-filled mess like the prequels were, you took care to show us how much work was going into the beautiful on-location filming, and stunning utilization of practical effects; the fans wanted a real "Star Wars" movie, just like the original trilogy back in the '70s and '80s, and that is exactly what we are getting from you.

So, J.J., I just wanted to take this time to speak on behalf of all "Star Wars" fans when I tell you that we have the highest expectations for "The Force Awakens" and are wholly confident that you can deliver. From one "Star Wars" fan to another, you got this, you are the person to make "Star Wars" great again, and I cannot wait to see the final product in December.

Madison Franz
The Narrative
1118295
Photo by Brooke Cagle on Unsplash

Madison Franz
The Narrative
654690
Photo by Manny Moreno on Unsplash