An Open Letter To American Voters From A Texan

An Open Letter To American Voters From A Texan 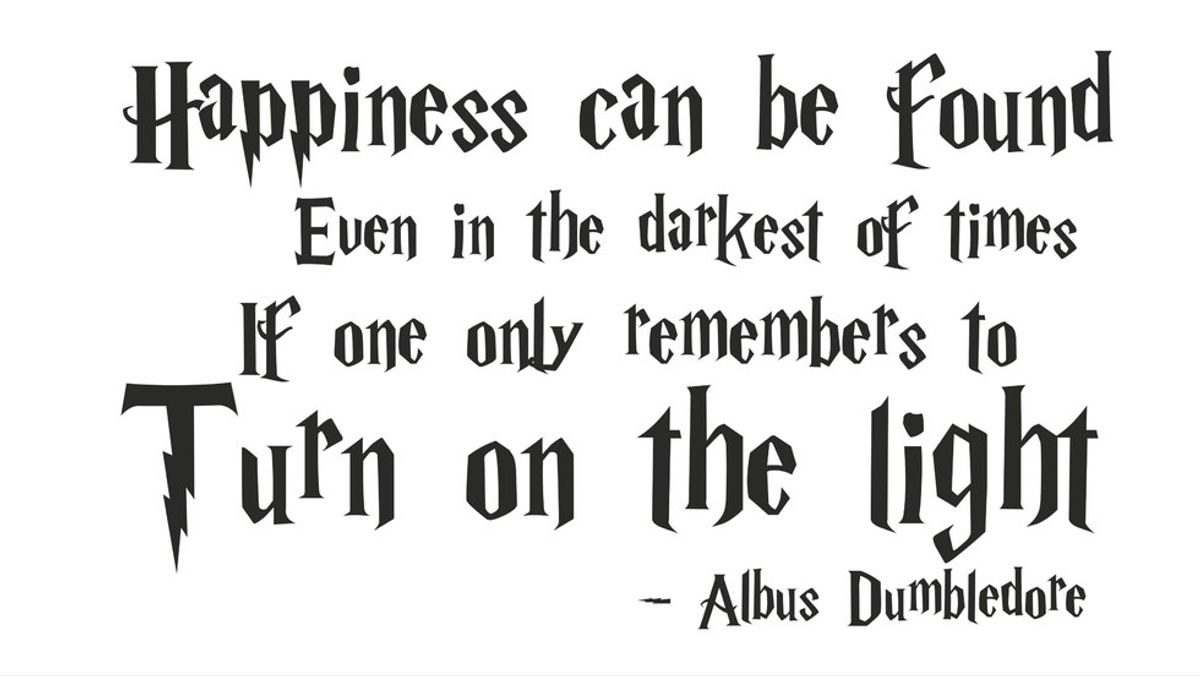 “Happiness can be found, even in the darkest of times, if one only remembers to turn on the light.” Right now, that light is love. To those hurting right now, I see you. I hear you. I'm with you. I love you. Right now, we mourn. We heal. We work harder. We try again. We get out of bed even when we don't want to. We dry our tears even when they keep coming. This fight does not end. This journey is not over. We are down, but not out. We are defeated, but not vanquished.

I have tried to find the words. As a poet, I felt responsible to find meaning. As a political scientist, I felt a need to find reasoning. As a woman, I felt numb. I have cried. I have felt shaken to my core about what it means to be a woman right now from a southern state. I have wanted to assign blame. I have wanted to be angry and hurt. But right now, it is our love for one another that will heal these wounds, not our hate. It is our courage, not our cowardice; our actions, not just our words.

I could say many things about the state of our nation. I could say that we are broken, divided, hurting. I could say that people in America still cannot fathom voting for a female president and how disheartening that feels as a woman who was once a little girl dreaming of the presidency. I could say that I will always value a "liar" over a misogynist. I could say that after studying right-wing movements in Europe, this is a devastating blow to human rights. But none of that changes the outcome of yesterday's election. So, I will say this: these stories, these moments, the way we come back, that is what defines us.

Since the election, friends have told stories of catcalling, of being stopped in the street, of random airport searches and detainment, of shutting down free press, of losing student visas, of fear for their own lives and their families. The stock market fell. The value of the US Dollar and the Mexican Peso fell. Our allies in Europe who have been fighting against extremist movements have lost their last line of defense. This is the beginning of four long years. I cannot help but wonder what America will look like in 2020.

In a time where it feels like all is lost, it is helpful to celebrate small successes. Texas, my home state, was pink on the map for the first time during the election. It wasn't for long, but it was for a moment. Texas was within 9% of turning blue (unheard of for Texas). In my county, Hillary received nearly 30% of the votes. This is progress. Women of color were elected in various states to Congress for the first time. A queer woman was elected in Oregon. This is progress. Hillary won the popular vote. Both Massachusetts and Vermont were entirely blue states. These are all successes. They are small, but they make living through at least two years of a Republican-dominated House, Senate, and Presidency a tiny bit more bearable. We can celebrate that.

Hillary, in her concession speech, began with an apology that she had failed us. She concluded with a message for young women, for daughters, for little girls with a dream. Hillary, one of the most qualified people to ever run for President, lost to a man with no political or military experience because of an outdated political system. There is so much synonymous there with women everywhere, fighting against a system that was designed to oppress us.

Never did I feel more empowered by her than when she lost and still came out onstage, strong, with grace and dignity. Even after dedicating her life to a country who refuses to let a woman be president, she keeps faith. Even after she has given it all and was told this was her turn, her reward after years of sacrifices, she came in second. Is this not the plight of so many American women? Is this not the story that we are told over and over and over again? Is this why she apologized even though it was America who failed her?

We, as a nation, can do better. We MUST do better. My heart breaks along with the hearts of millions of Americans. Now is a time for grieving, for kindness, for empathy, for forgiveness of our failures, and for love. Now is our time to heal, to do better. We need each other now more than ever. Tuesday, I was with her. Now, I'm with all of you. Tuesday, I said God bless America as gratitude and praise. Today, I say it as a prayer. God bless America. May our love be the light, even in the darkest of times.

Madison Franz
The Narrative
1115571
Photo by Brooke Cagle on Unsplash

Madison Franz
The Narrative
653404
Photo by Manny Moreno on Unsplash