The American People Are Focusing In On The Wrong News
Odyssey

The American People Are Focusing In On The Wrong News 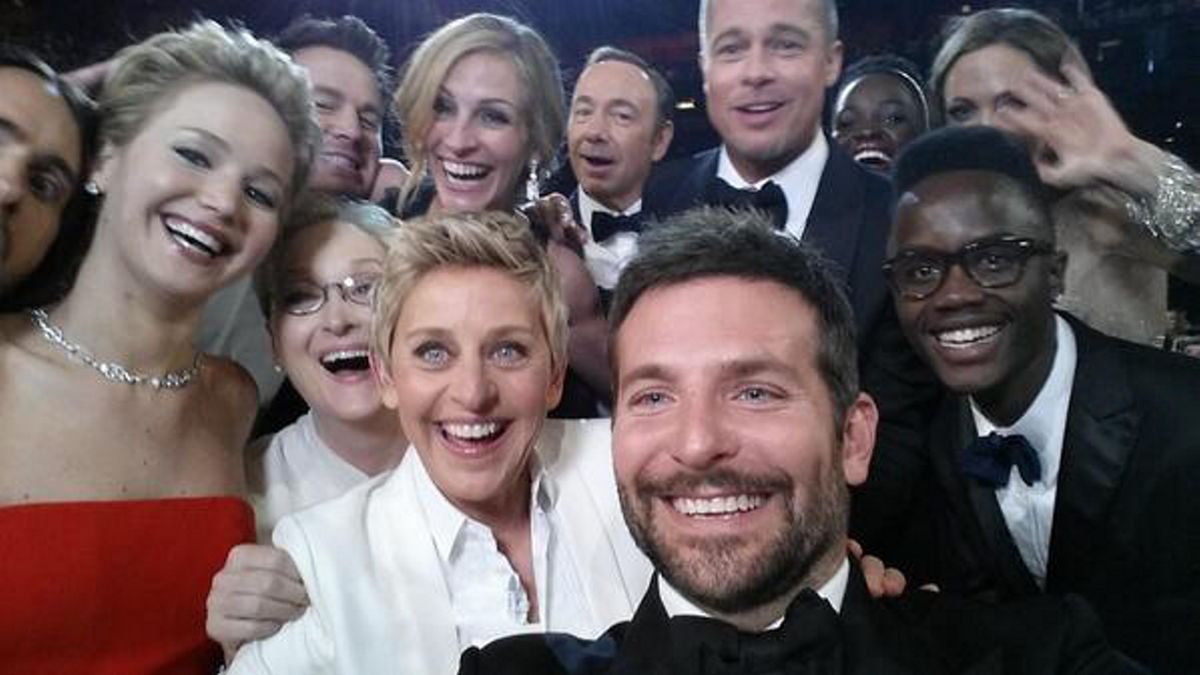 Welcome to America in 2018. It is a place where fame is so deeply coveted and worshiped that we elected a semi-literate vulgarian, a B-List celebrity, to lead us. It is a country where no one ever reads a book because facts no longer matter and because people simply don't care about anything anymore. This is now a country where everyone has become so obsessed with themselves and the mindless celebrities that flaunt lavish lifestyles while getting rich off of nothing more than breathing.

All the while, the public at large ignores the most troubling actions of our current government, casting them aside as inconsequential because issues aren't entertaining, there aren't many pretty people in congress or because people are too blind to even begin to comprehend what the hell is going on.

This was predicted and not by George Orwell, the author turned prophet whose book, 1984, foresaw the building of a surveillance state that has since become reality after the dawn of the Internet Age. No,this disgusting world of vanity where people will do anything to be famous and be loved, was predicted by another soothsayer, Aldous Huxley, in his book Brave New World. The difference between the world of Orwell and that of Huxley is best described by author Neil Postman who wrote,

So here we now sit, in 2018, amidst the very thing Huxley warned us of: a trivial culture. We simply do not to seem to care about anything that matters. The truth is right in front of our faces and yet we refuse to look passed the sea of irrelevance to see it. For every breaking New York Times story, millions more rush instead to news about America's most useless family, the Kardashians, who gained fame when one of their dumbest members decided it'd be a good idea to make a sex tape. Donald Trump could commit murder on live television and no one would care as long as funny memes are made from it or People Magazine puts something on Snapchat about some celebrity's outfit.

On the whole, we don't care anymore. We focus countless amounts of energy on the trivial, willingly diving into the sea of irrelevance as long as it fills our lungs with entertaining content with which we can wash away the bore of reality. Fame is the only aspiration that seems to matter and we'll do anything to get it. Billions upon billions of photos and videos are uploaded daily, cataloging nothing but a face on a screen. We are a mass of over 300 million constantly obsessing over ourselves, screaming incessantly "Look at me! Look at me!"

Where once humans idolized genius and knowledge, they now grovel at the feet of Idols of Idiocy like Cardi B or Kanye West. We celebrate ignorant and obnoxious people and ostracize the intelligent. Knowing anything of real value in this day in age is irrelevant if you're not up to date on the latest celebrity gossip, drama created by the celebrities themselves because they know how much we crave it, how we mindlessly crawl on all fours towards it like a dying man in the desert to an oasis.

The United States Congress is about to confirm Donald Trump's nominee for CIA Director. That nominee, Gina Haspel, was a main figure in the post-9/11 CIA torture programs which violated the Geneva Convention. That would make Haspel the textbook definition of a war criminal but is anyone really paying attention? Does anyone care? No, but everyone sure seems really concerned with what ridiculous and nonsensically expensive clothes people were wearing at the Met Gala because that's somehow important.

There has been a massive genocide going on in the Southeast Asian country of Myanmar (Burma) for years now and no one has done anything, no one even talks about it. Most people can't even identify Myanmar on a map but they can name all the Kardashian kids by heart. Who cares about Myanmar, anyway? After all, war zones don't make for pretty backgrounds for one of your two million bikini selfies on Instagram.

Why would NRA employed Republican congressmen fix anything about this nation's ridiculously laxed gun control laws? All they need to do is wait for the Royal Family over in London to have another baby and the zombies in the States will turn their attention to guessing the future figurehead's name. All the while, people throughout the world are being abducted and forced into human trafficking in higher numbers than ever before. But yes, let's put our children in beauty pageants and hope TLC gives them a reality show so we can get famous. That's what's really important.

Trump has repeatedly made strange, tongue and cheek comments about the possibility of an American President-for-life, even going as far as to publicly praise Chinese President Xi Jinping for circumventing China's constitutional rules in order to stay in power. This is troubling commentary from a sitting U.S. President but, of course, no one is talking about it. But we get a new season of Jersey Shore, one of the original "idiots being horrible people on camera for money" phenomena, and everyone loses their minds.

What makes this even more troublesome is that Americans are more and more forgetting, or inventing their own, history. According to a recent study issued by the Conference on Jewish Material Claims Against Germany, a dizzying 52 percent of Americans believe that Adolf Hitler and his Nazi Party came to power through force. This is, of course, incorrect. Hitler and the Nazis seized power in Germany in 1933 when Hitler was elected Chancellor and the party received 44 percent of the popular vote. Not even a majority of the vote. Sound familiar? It most certainly should. Or have you not looked away from Twitter long enough to notice the bands of Neo-Nazis and Alt-Right Trump radical racists marching through the streets with tiki torches on television, emboldened by the rhetoric of a 21st Century American President. But who needs to properly understand our history when we could focus on watch Beyonce? And Frederick Douglass is alive and doing great work and no one knows what caused the Civil War. In this world, we've all become as delusional as Trump.

Who needs to see the global faces of suffering and oppression when there are grotesque, half-plastic monstrosities at home that distract as while Congress slips hundred dollar bills into their shirt pockets?

Here's the amazing part; these celebrity snake oil salesmen and the politicians that hide from the truth have a lot in common. They both need the public to buy into their product, they are selling something and we decide if it has value or not. We are buying into the ridiculous and desperate personas of some truly awful human beings, in Hollywood and on Capitol Hill. They care nothing for us, only for the dollars we pump into their bank accounts, while we condemn knowledge and consume entertainment.

We have lost our way. We place our need to be entertained and satisfied as the only means of filling our lives with value. We see fame and the accumulation of it as he only measure of self worth and perceive ourselves to somehow all be the center of the universe, destined for some kind of success based off of nothing of value. We elevate celebrity, any kind of celebrity, above any other class of being, we care more about millionaires like LeBron James than we do about people and issues which desperately need our attention.

We see beauty as a currency, a means to achieve the fame, the clout, that we so desperately crave. And we devalue anything without inherent beauty or that which does not grant us immediate satisfaction. We have devalued the human brain; we claim the supercomputer within our skull is only as valuable if it comes in a pretty package.

We have lost sight of what matters and have hidden our eyes away from the truth because our society has become obsessed with the idea of the self. The Cult of Me has swallowed up these United States and created, as Huxley feared, a selfish people suffering from egoism and passivity. We now have a choice to wake up and take back the power that we have so willingly surrendered or we can fulfill Huxley's prophecy and condemn ourselves to a culture of trivialities.

Emmaline B
The Narrative
46793
https://unsplash.com/photos/O0T1SIgHAfM