The 2020 Presidential Election Was A Revolution: Trump out; Biden In.

The 2020 Presidential Election Was A Revolution: Trump out; Biden In.

Democrats have crushed the Republican leadership in a big way. 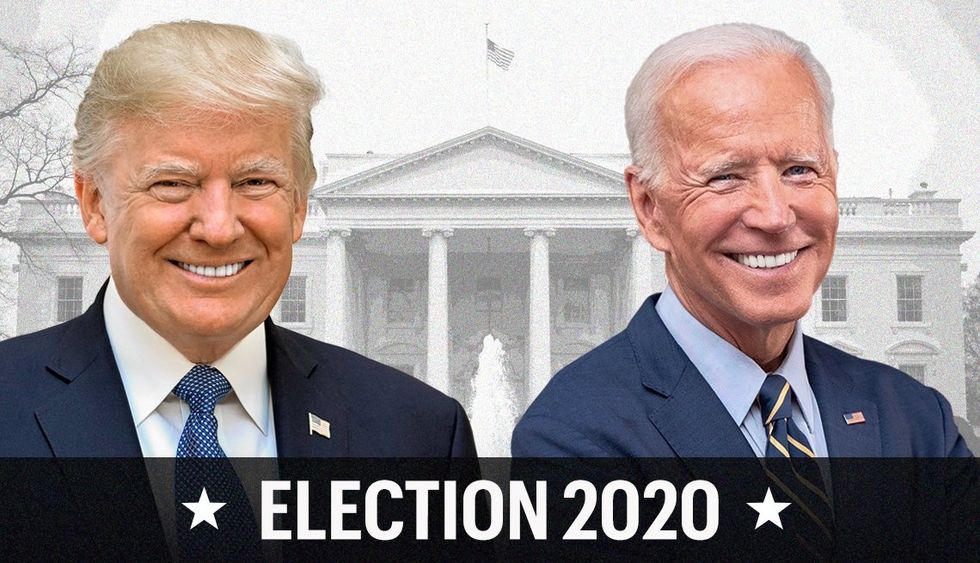 November 2020 American Presidential election was a clean victory for Vice-President Joseph Biden and an unacceptable defeat for President Donald Trump. So with Trump's reluctance to concede, will there ever be a transition of power?

Unlike previous U.S. presidential elections, the nation has gone this time through a revolution. Change has occurred; the status quo with its divisiveness will soon evaporate. For the first time in U.S. history, Democrats have crushed the Republican leadership in a big way.

It was a revolution that hit the core of American politics; it also shook the realm of the world perception about American democracy. It proves that not only a presumed player or team can score and win, but the opposing side can as well.

The path to victory that the Democrats had taken was this. They put their vehicle in high gear to oust Trump from office. With a concerted effort, they organized a grassroots voting campaign throughout the country. It was a mission that consisted of a two-pronged approach.

First, they registered a large number of people in every community to vote for Biden. Then, they made sure that those who had already registered to vote did so. All that effort culminated in the surprise victory for Biden.

Mistakenly, the Republican Party foresaw with guarantee four more years of Trump in the White House. So with much confidence and complacency of a victory over Biden, Trump had let his guard down. He did not realize that "Sleepy Joe," as he often referred to Biden, was able to score a knocked out punch to victory.

Also, the Pandemic, among other things, sealed Trump's fate. He made too many unfounded statements about the virus. He promised the delivery of enough tests for everyone when, in fact, there were only a limited number of tests available.

He also stated that we were close to a vaccine when again the vaccine was 12 to 18 months away. It was a pile of his inconsistencies that went against him. He purposely did not tell the truth, he later admitted, not to instill fear in the American people and not to risk upsetting the stock market.

Well, Trump's statements about COVID-19 were probably misleading, but he intended no harm. Whatever the circumstance, truth always prevails.

On the other hand, some of Trump's accomplishments as president are worth noting as well. By building on the progress of his predecessor, President Barrack Obama, Trump was able to create jobs and economic growth.

He also renegotiated NAFTA and unfair trade deals with China, Mexico and other countries. Above all, history will always honor Trump for his patriotism and his firm stance against Globalism (the New World Order).

Based on a reliable source, Trump deserves a big round of applause for signing a law that rejected ID2020. ID2020 is a microchip that Bill Gates inserts in the COVID-19 vaccine. That chip serves as an identity, a barcode that will soon transform people into stamped cattle or products on the grocery shelves.

Another Trump's law stipulated that the vaccine will be voluntary, not mandatory, contrary to the conspiracy of the Globalists. So Biden, beware!

Meanwhile, Trump was ostracized by most Republicans in his 2016 presidential campaign. Despite that setback, he managed to get elected president. While serving in that capacity, he successfully turned the entire Republican Party into a cult where he is the leader and mostly everyone else in the party his followers.

Trump can attribute his political successes to his energy and his charisma. It becomes clear that in the Republican Party, whatever Trump says goes. He rallies large crowds. A total of 71 million people voted for him in the 2020 presidential election.

When he desperately whines about election fraud, that same echo becomes the chant that reverberates like a broken record from the mouths of all his republican fans.

Among other things, history will judge Trump for his obstruction of the electoral process. Unlike other incumbent presidents, he still hasn't conceded to his opponent weeks after the election.

With his refusal to accept the election results, Trump undermines the democratic process of which the United States is the champion. By so doing, he also failed to respect the will of the people.

Embarrassed by his unexpected loss, Trump has resorted to excuses like election fraud and robbery. Without evidence of any election impropriety, he is also litigating elections results in a few battleground states where he lost to Biden.

Out of desperation, Trump is fighting to cling to the U.S. presidency even when he has no life raft around for a possible rescue. The courts threw out most of his frivolous lawsuits. Strangely enough, his followers still believe in a chance for four more years. They hope that the recounting of ballots in a few contested states would somehow yield a miracle for victory.

This presidential election was a turnaround, and change always comes with a price. After all the political jostling, Democrats and Republicans now need to rally with one accord behind their President-Elect.

Again, now is the time for Trump to concede and open the door for the traditional transition of power and for the upcoming inauguration that will mark the beginning of Biden's presidency.