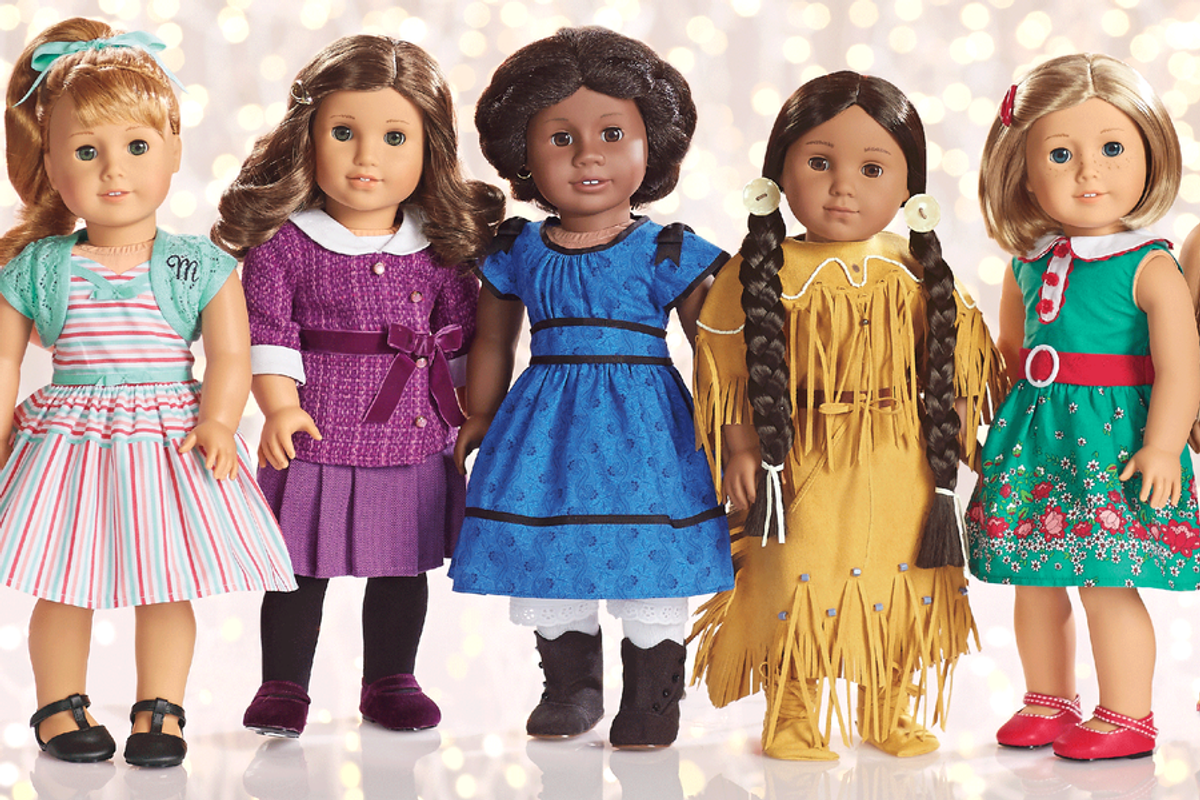 American Girl Dolls were a staple of our generation. For some reason, these old-timey money sucking dolls were at the very top of our Christmas list for our entire childhood. We know their stories from the years they were alive, but what would they have been like if they would have lived in 2018?

Samantha is now the rich, white sorority girl who shares Tomi Lahren videos and her "grandmary" has a Trump sign in her yard. She's majoring in either communications or TLEP and takes a different tall, handsome frat boy to all of her date parties but she also has an on-again-off-again boyfriend who seems to only exist for her to take cute couple pictures for her 2,311 followers on Instagram. Samantha wears a different combination of black leggings, tall socks, riding boots and a blanket scarf every day.

25 Things That 2000s Middle Schoolers Remember All Too Well

Molly was a big nerd in high school that all the guys looked past. Once she went to college, she started wearing more low-cut clothing, did away with her straight-across bangs and she started to come out of her shell. Now Molly's a low-key hoe and all the high school boys keep Snapchatting her even though she hates everyone she went to high school with. She's able to maintain a 4.0, a job, and blackout once a weekend.

Kit is a struggling artist living in a basement apartment in New York City, living paycheck to paycheck. She went the untraditional route after high school thinking she'd make it big if she went to NYC. (As if she's never watched a romantic comedy about people who think they will make it big if they go to NYC.) She is vegan and her Instagram account is all black and white photos of her friends who wear exclusively high waisted jeans and platform shoes.

Addy is a political science major and wants to go to law school and become a senator. She voted for Bernie Sanders in the primaries. She's the vice president of the Undergraduate Student Government and she founded a group on campus to fight for women's reproductive rights. She is the nicest human you'll ever meet, but will not be afraid to call you on your problematic bullshit.

Felicity is the horse girl from elementary school who never grew out of being a horse girl. She still lives at home and shows horses and somehow is still able to buy tee shirts with horses them in a size that would fit an adult. She's the type of girl who was begged by her friends to go to homecoming and prom in high school because she didn't want to wear a dress. She has really nice hair but always puts it up in a bun. She's probably a lesbian but hasn't come out.

Julie smokes a ton of weed and somehow still has enough money to go to Coachella every year. She always wears a flower crown, high waisted shorts, a glorified bra and appropriates culture in one way or another. She thinks she has a really obscure music taste because she listens to Melanie Martinez and she has Halsey lyrics tattooed on her underboob.

Kirsten is an Inclusive Early Childhood major and she carries a monogrammed large teacher bag and wheels a suitcase full of graded papers and whatever else teachers wheel around in suitcases. She is always either at student teaching, about to be at student teaching, or complaining about student teaching. Her planner is color-coded entirely and she lays her outfits out for the week on Sunday. She's never been late for anything in her life.

Kaya is an environmental science major who will say who has been a vegetarian since she was 8. She's involved in a few groups on campus, all related to her major. She has a group of friends but never feels included. She's never in the group photos because her "friends" always ask her to take the picture. Kaya cringes every time she hears a Harambe joke because the incident should have opened up a much-needed dialogue about animals in captivity but instead became a lazy joke and stupid Halloween costume.