"America Is Not the Greatest Country in the World (anymore)"
Odyssey
CurrentlySwoonLifestyleHealth & WellnessStudent LifeContent InspirationEntertainmentPolitics and ActivismSportsAdulting
About usAdvertiseTermsPrivacyDMCAContact us
® 2023 ODYSSEY
Welcome back
Sign in to comment to your favorite stories, participate in your community and interact with your friends
or
LOG IN WITH FACEBOOK
No account? Create one
Start writing a post
Politics and Activism

"America Is Not the Greatest Country in the World (anymore)"

Why HBO's "The Newsroom" got it wrong 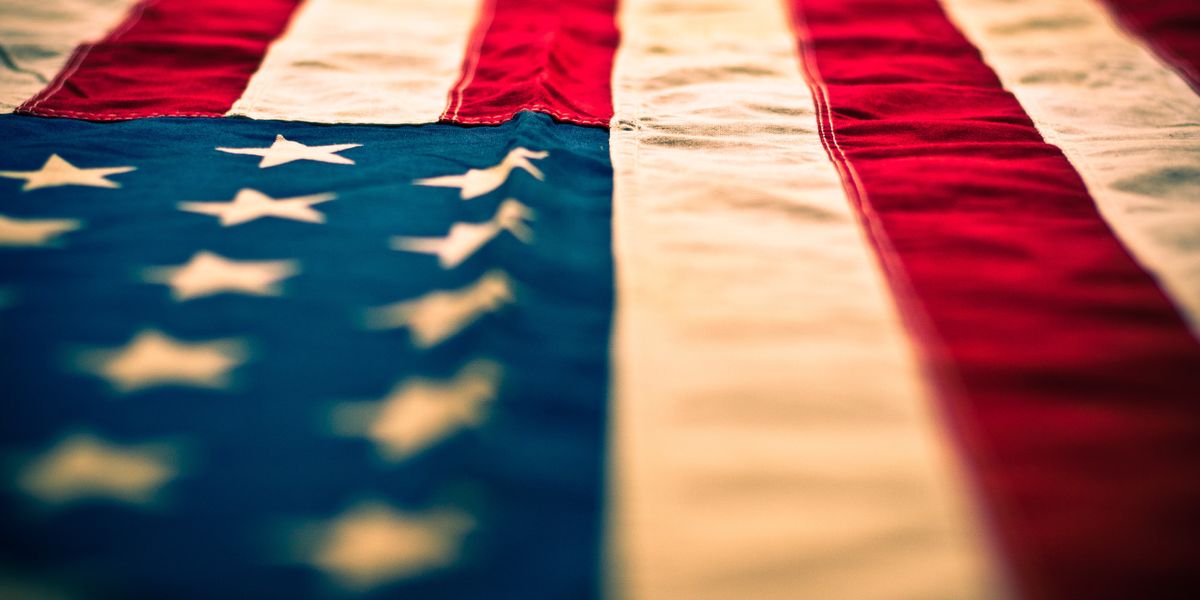 Although the headline of this article is derived from the popular HBO show "The Newsroom," you don't necessarily need to have seen the show to understand my reference. A brief clip from the pilot episode made its way onto the internet after it first aired, and it resurfaces on my Facebook newsfeed at least once or twice a year. In this clip, the main character of the show, Will McAvoy, goes on an aggressive rant about why America is no longer the greatest country in the world. It has actually been very popular among college-aged students, who seem to assume that sharing the article will display their interest in the current state of affairs of the United States. In reality, it reveals two things: those who share the video clip blindly trust the facts stated within McAvoy's rant, and have no clue about the current state of affairs in the U.S.

Ironically, McAvoy concludes with the statement that we (college-aged students) are members of the "worst period generation period EVER period." I take no offense to that statement, given that there is no factual argument to back up his claim. In fact, our blind acceptance of McAvoy's tirade against his own country shows that we may indeed have missed one of the most crucial aspects of being functional adults. What I DO contend with is the distorted, misused, or downright false facts that he spews throughout his rant, so I decided to do a little bit of fact-checking. Let's take a look at McAvoy's argument:

“There is absolutely no evidence to support the statement that we’re the greatest country in the world.  We’re 7th in literacy, 27th in math, 22nd in science, 49th in life expectancy, 178th in infant mortality, 3rd in median household income, No. 4 in labor force and No. 4 in exports. We lead the world in only three categories: number of incarcerated citizens per capita, number of adults who believe angels are real and defense spending, where we spend more than the next 26 countries combined, 25 of whom are allies...”

Ignoring the direct attacks on the young lady who prompted his rant (which are a fine example of ad hominem, for those of you interested in debate), I'm going to break this quote down piece by piece to determine what is and isn't factual about it:

7th in literacy
This fact can be supported by a simple google search. As a matter of fact, the CIA Factbook makes matters seem worse than McAvoy does: we're tied for 9th in overall literacy. That being said, looking at the numbers shows us that 9th isn't a bad place to be at all. We have 99 percent literacy, with every country above us listing percentages between 99 and 100. Even if McAvoy's argument is close to the truth, it's given without any context, and twisted to make us look worse than we actually are.

27th in math
I'll give this one to McAvoy. Studies in the past two years by the Program for International Student Assessment (PISA), consistently ranks us at 27th.

22nd in science
A study released in 2010 placed the U.S. at No. 22 in scholastic science achievement... in a survey that dealt with 15 year old students, and only 65 countries. Nice try. Scimago Lab ranks the U.S. a clear No. 1 in peer-reviewed science publishing. While we may allow for some error or bias due to the term "peer-reviewed," my goal is to illustrate flaws in McAvoy's argument, and this is one of them.

49th in life expectancy
True, depending on where you look. It also depends on whether or not you want to count the EU as a country, which the survey that "The Newsroom" used does. The World Bank ranked us at 39th in 2009-2010, which is roughly when the show takes place.

178th in infant mortality
This is laughable. Over 220 countries in the world, we're 178th in infant mortality? I actually had to go back and re-watch the clip in order to make sure that I had heard this correctly. In an attempt to justify such a silly number, I must conclude that the writers for the Newsroom read the CIA World Factbook's list upside down. Doing so would place us at 169th in the current day. Reading the list correctly (you know, like competent, critical thinkers), would place us roughly around 50th. Not pretty, but far, FAR better.

3rd in median household income
An online listing based off data collected by the OECD places us at 3rd for median household income, but that list only includes 35 countries. Wait, why am I arguing this? Third place is still a podium finish! At this point, it seems that McAvoy is just rambling off numbers to seem smart.

No. 4 in labor force and No. 4 in exports
These are actually true, according to a study by Phobius.com. Congratulations, McAvoy. You're 3 for 8 so far.

We lead the world in only three categories
Another ludicrous claim. Off the top of my head, I can think of three categories in which we lead that McAvoy never mentions: largest economy, highest number of annual immigrants and best higher-education system. Boom. Claim destroyed.

Number of incarcerated citizens per capita
Information gathered by the United Nations Development Program backs up this claim, but proceeds to follow it up with the following disclaimer: "Because of differences in legal definitions, data are not strictly comparable across countries." So it may be true, but due to cultural differences, this issue is apples and oranges.

Number of adults who believe angels are real
I'm curious as to which study was used to drum up this claim. The only supporting documentation I found was a paper by Franz Hollinger, in which the U.S. nearly ties Italy, and trails well behind Brazil. Also, I'm curious as to how this fact either positively or negatively affects what makes a country "the greatest."

Defense spending, where we spend more than the next 26 countries combined, 25 of whom are allies
The Stockholm International Peace Research Institute published a list which ranked the U.S. as the number one military spender in 2009. A little addition will tell you that we spent more than the next 20 biggest spenders combined, but not as much as the next 21 biggest spenders combined. Once again, Will McAvoy and "The Newsroom" get it wrong. To dig his grave even further, McAvoy claims that "25 out of the next 26 countries are allies." China and Russia are both on that list, and we're definitely not military allies with either of those.

I have very strong opinions about this clip, and the arguments it presents. Rather than getting caught up in opinions and political debates about it, I chose to criticize it on something that I hold in high regard: telling the truth. In a world where the media heavily affects both public opinion and voters' decisions, it makes sense to live by the words of Ronald Reagan: "trust, but verify." In this case, McAvoy makes 14 claims in a matter of seconds. A little research proves that only four claims are true, and the rest are either misconstrued or downright wrong.

It's completely fine if you don't believe that America is the greatest country in the world. It's your right to believe that, and it's your right to express that belief. But don't for one second think that you can tell me I can't argue the opposite. Because I will. America is star-spangled-awesome. Let's keep it that way. The best way to do so is tell the truth, y'all.