Why You Should Read 'All The Crooked Saints' By Maggie Stiefvater
Odyssey
CurrentlySwoonLifestyleHealth & WellnessStudent LifeContent InspirationEntertainmentPolitics and ActivismSportsAdulting
About usAdvertiseTermsPrivacyDMCAContact us
® 2023 ODYSSEY
Welcome back
Sign in to comment to your favorite stories, participate in your community and interact with your friends
or
LOG IN WITH FACEBOOK
No account? Create one
Start writing a post
Entertainment

Why You Should Read 'All The Crooked Saints' By Maggie Stiefvater

Great for a post-Raven-Cycle slump! 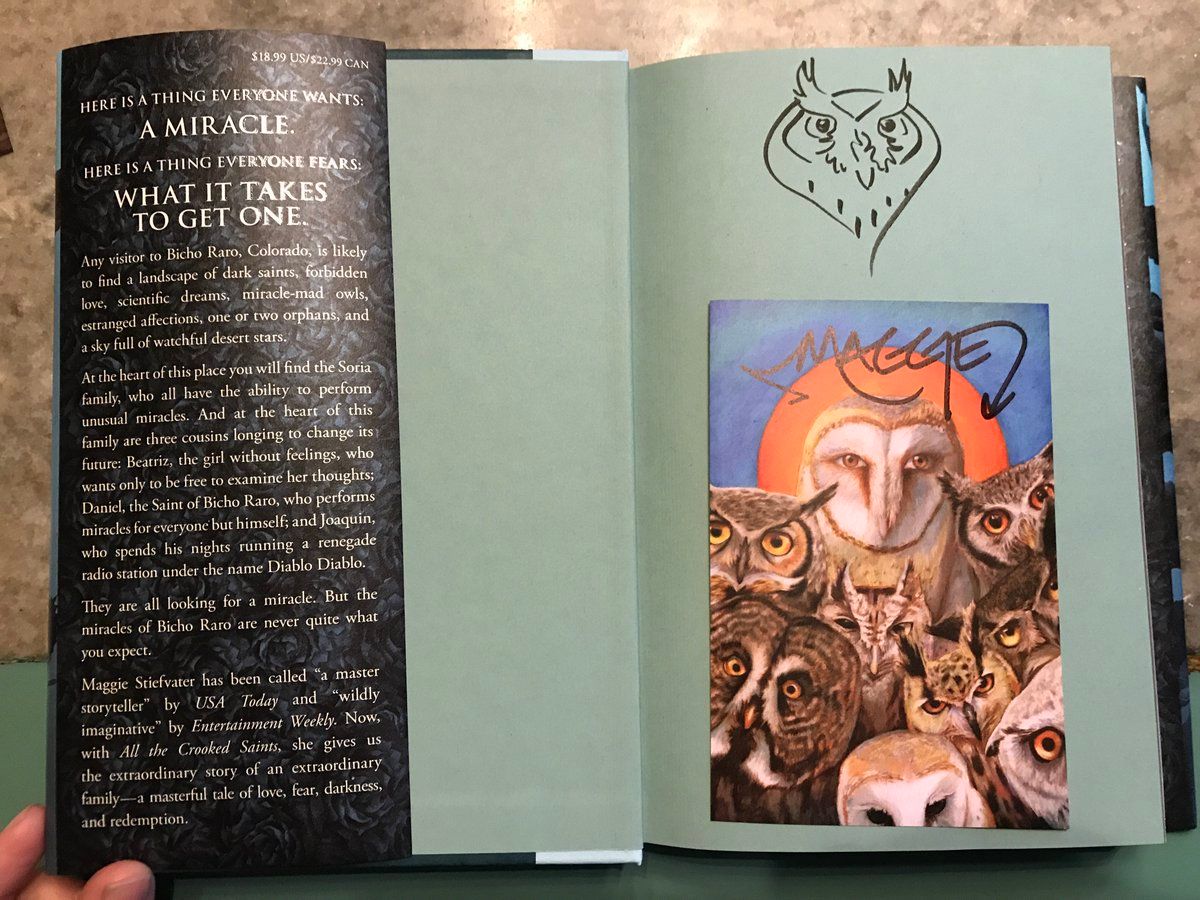 Like many Raven Cycle fans, the release of Maggie Stiefvater's "All The Crooked Saints" was an exciting thing for me. I was ready to see more of Stiefvater's writing outside of the series, but at the same time, I was nervous about reading about new characters. It's not the same cast of characters I know and love from The Raven Cycle, but I had to trust Stiefvater to make them compelling enough to fall back into her writing style.

The first chapters introduce at least five main-ish characters and give a lot of intriguing detail about them. Stiefvater uses a literary move of repeating a statement and modifying it for each individual character; telling us what each character wants, and what they're afraid of. It's a powerful move to give hidden insight on each character, and it helps make you curious about who they are. The characters' fears and desires are unique, unexpecting, and not always super clear on why a character would want them or be afraid of them.

The setting of the novel is also rich and magical, just like Henrietta, Virginia is in The Raven Cycle. In "All The Crooked Saints," the characters live in a remote area in the desert of Colorado. There's so much life and magic placed upon the area itself that it is as if it is treated as it's own character. I was especially intrigued by the idea of miracles and saints in the desert.

The plot itself moved a little slow in the beginning, making it hard for me to get into it at first, but Stiefvater's writing kept me going. I'm still unsure what rating I'd like to give this book but it was a fantastic read, especially for those in a post-raven boys slump. I think reading the most recent book by the same author is a great way to get out of said slump. It's also great for those who enjoy magic in real-world settings, or urban fantasy. If I really want to get cheesy, I'd say this book is a miracle of its own.

QueenRadhi
The State University of New York at Stony Brook
3438