God May Hate Me Because I Love Boobs, And That's Okay
Odyssey

God May Hate Me Because I Love Boobs, And That's Okay 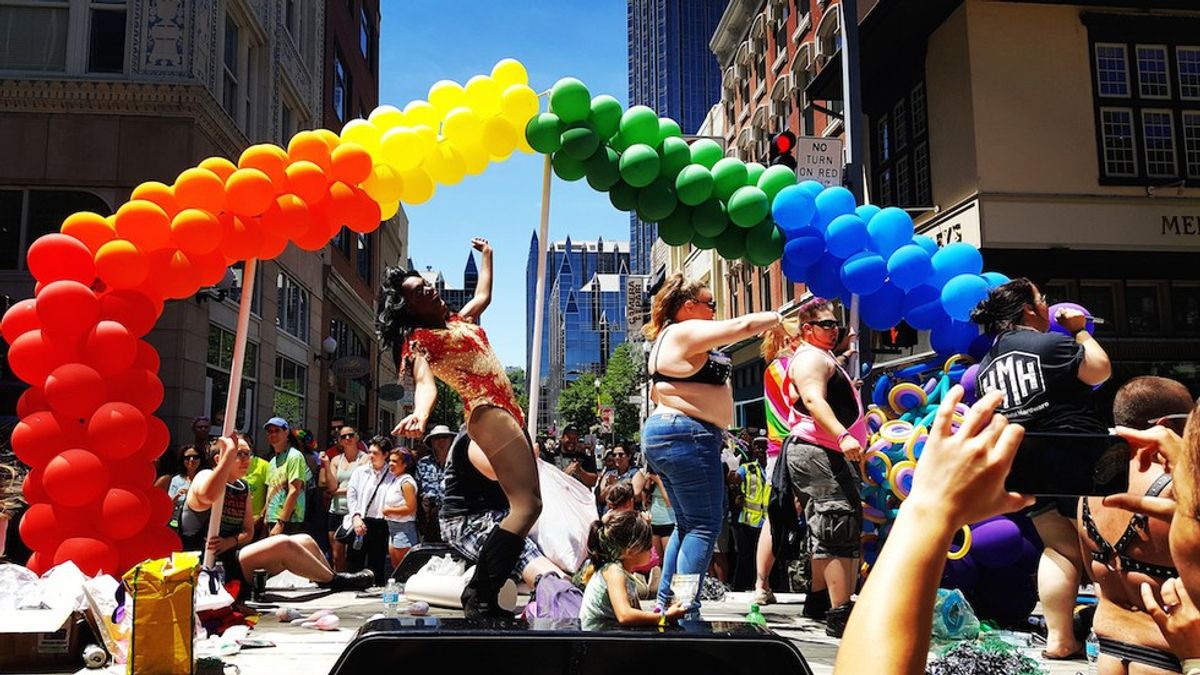 This is something that is kind of difficult to write about, not because it is agonizing personally or painful anymore, but because it is, and always has been, the most confusing part of my life. I wanted to wait to write something like this until the time came when I was finally sure and confident but I don't know if that time will ever come, so why wait? There is nothing I can say about this topic that has not been said time and time again, through novels, TV shows, YouTube, and more. Yet, all that said, I will write about it as best as I know how.

I think a multitude of my closest friends believe that it started in ninth grade, my questioning my sexuality, but the truth is that it happened long before that. I'd say it was in early middle school when I found my sitting in the pew of my Catholic Church, turning my face away from the priest and my grandma, trying to hide the tears. I was deeply and terribly ashamed. I knew I always found boys attractive and interesting; I wanted to care about them, and for them to care about me. I also, though, would have strange dreams about girls that would wake me up, leaving me confused and worried. I knew that I found girls kind of scary and strangely beautiful.

I grew older and the thoughts would reappear more often, more real every time. It seemed like the harder I fought it, the more I noticed it. At that point, it was not so much this demanding presents inside me, but a little voice, whispering just audible temptations in my ear. And every Sunday, I would dread going to church because it was no longer a home of love but a temple of judgment and persecution. The church made me into a liar, I thought, but then the harder realization showed up. I had made myself into a liar, out of fear of disappointing God and everyone who loved me. I vowed to never love a girl, because I loved God more and I would live a life of loneliness and pain for him, just as Jesus did for me and my sins. This was the oath I took and held close to me every night I'd lie awake and my cheeks soaked with tears, repeating to God that I was sorry. I was trying to stop the thoughts, but nothing was working. The worst thing is that I couldn't get help because I wasn't positive. I hadn't met a girl that lit a fire under my ass yet...

But when I did, I knew I had never experienced something like it before. I wasn't prepared for it and finding the words to describe it is hard. That says a lot for someone like me. I saw this girl and immediately needed to be around her, to just know her. I felt this fire in my stomach and all the panic in my heart disperse, washed away by whatever this feeling was. I will be honest, I do not know what love is, I cannot tell the difference between romantic love and wanting someone's attention sometimes, but, if there was ever a moment someone asked me to support the concept of love at first sight, this would be my proof.

She spoke to me first, from a few seat rows away from mine, about the book I was reading and offered to lend me the sequel. I remember being shy, and nervous, but when she asked me to come out with her and a mutual friend, I said yes. That night, when she told me she was bisexual, my first thought was "I have a chance!" My second thought was "No, you don't. You don't like girls." And my third thought was "Fuck."

To fast forward through all the details of this relationship, though it would become one of the most intense relationships I've had thus far, I stopped going to church after I met this girl. I couldn't believe in a God that would say hating myself is a better way to live than sharing happiness with another person. Being with her was a feeling I can only describe as completely and utterly right. A life without this feeling she gave me was not worth living to me, so I had to make the choice and I did. I came out as bisexual.

Once I was out, I didn't think of myself as ashamed but before you know it, I was white-girl wasted, in the arms of a friend, crying about how God hates my guts all because I like boobs. It's all pretty comical, really, all the emphasis we put on sexuality, an unchangeable, undecidable preference. No one puts this much stress on whether I like dogs or cats, or both. No one has ever threatened to kill someone because they dislike the taste of broccoli. I never thought I hated myself because of who I loved, I thought I hated myself for many reasons, just not that. "That is a 1950's shame," I told myself, "a shame for a time period far away from yours." Though deep down, I was repressing what I had put myself through all those years before. I don't believe it is shame over loving the same sex that kills me anymore. After I acknowledged my desires, the shame that I cannot just love one overtook me.

Now, there have been so many nights where I just lay there, fully awake, wishing I was just gay. It would be so much easier that way, though not as easy as being straight, it would just make more sense to me. It would put all the moments I felt more masculine than feminine into perspective. I could love girls and avoid men, who had all my life been bearers of pain and abuse. I could combat all the comments of "you just haven't found the right man yet" or "it's just a phase" with undying confidence in who I was. I would not feel this aching need, this condescending split down the core of my being every time I saw someone I found attractive. But the truth was that I was always on the tightrope, waiting on each breeze that came to sway me over one edge or the other. The world, sometimes unknowingly, puts you in a position where it wants you to decide. Which do you fancy more? Pick one! Decide! Choose! Come on now, do it!

Or maybe it was always me, and the only way I could sleep those nights was if I just told myself I liked one, and only one, even if it was the opposite of the one I had told myself the night prior, at least I slept. As much as I want to let it go and just be because I know sexuality is fluid and I do not have to decide, I can't stop feeling this war between opposites in my chest every time I think too long about the subject. I was always afraid that I liked one gender only because I was abused as a child but which gender it was, I could never tell. Did I want girls only because I was afraid of men, or did I want men only because from a young age, they were forced upon me? This fear that I will carry around the burdens from my childhood forever in messy packages of confusing sexuality and guilt over indecision still haunts me.

So I just stop thinking about it, push it back, a math equation, like a multiple choice question you told yourself you'd come back to at the end of the test. Maybe that's why I can never settle down anymore, I'm always afraid I'm making the wrong choice. And naturally, there are always more important things to deal with, so I deal with them, but I never come back to that question. In fact, I think sometimes I create more problems to solve just so the test doesn't end. This is fine, until it rears it's ugly head again, in the form of love I can never have. "Do you like boys or girls?" I feel sweat bead up on my temples and with a shaking heart, I am forced to write in a new option that reads "All of the above."