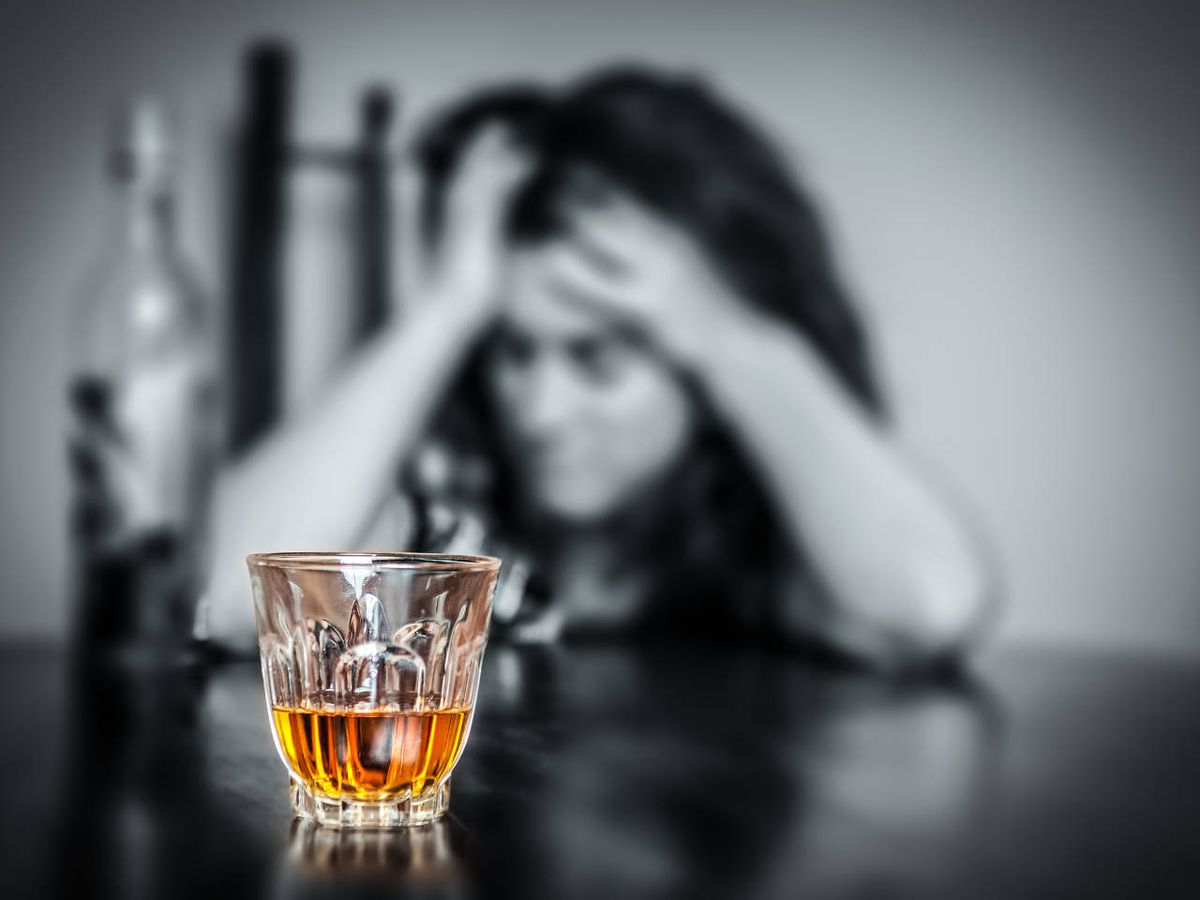 Alcohol: it’s everywhere. From billboards to TV commercials, it's glamorized to be a cool and refreshing beverage. I can't go three days without seeing an advertisement for alcohol, as nearly every restaurant and sporting event I attend is advertised by alcohol, along with major specials for booze, such as a $5 cranberry vodka. Alcohol is legal, it's there, it's hyped up and for many, it’s difficult to get away from. The sad truth, however, is that these companies may not realize the effect it has on other’s minds and bodies, as many fall for the glamorized signs, and shinny bottles that they see at the grocery store. While some are able to keep drinking to a minimum, others can't put it away. But then again, how is society able to turn away from a drink when alcohol is readily available and legal?

Many like to question whether alcohol is in fact a drug or not. However, let’s look at the facts. The definition of a drug is: an (often) illicit substance that causes addiction, habituation, or a marked change in consciousness. Alcohol is a substance that causes a complete change in one’s mind, mood, and consciousness, and illegal to consume under a certain age. Alcohol is also the most addictive of dangerous drugs on this planet. This is likely due to the fact that alcohol is incredibly easy to get ahold of. It takes a simple drive to the store, a $10 bill, and an ID card. From there, the individual or alcoholic simply has to pick their poison. However, in different countries around the world, the laws fluctuate. The United States is easily the strictest country in regards to alcohol regulation. My 15-year-old brother can go to Mexico or Jamaica and easily get a beer. I remember traveling to Europe when I was 19, and being able to drink whenever I pleased due to the drinking age being 18.

As there are many harmful effects of alcohol being legal in the United States, there are some positive effects as well. A major one is that the consumption and sales of alcohol is a major moneymaker. For example, the prohibition of alcohol can potentially lead to the loss of taxes and legitimate jobs. The sale of alcohol finances our government and its citizens. As a former food and beverage server, I heavily relied on the sale of alcohol to increase my wages and tips. I remember impressing my boss simply by selling a 20-ounce beer instead of a 16 ounce. Not only did this increase the business’s income, but it also increased my tip percentage for the night. Another positive effect of the legalization of alcohol is that it provides liquid courage, or confidence. In many scenarios, alcohol makes us feel more alive, relaxed, and helps others socialize. Alcohol can get the shy girl to talk to introduce herself to the attractive male that she sees across the room, or give us the courage to be bold and stand up for ourselves. However, the negative effective effects of alcohol greatly outweigh the positives, as alcohol kills 5 times more people each year then all other drugs combined. Much of this is attributed to drunk driving, which also leads to jail sentences, DUI's, and thousands of dollars of fines paid to the court. Likewise, more then 100,000 deaths each year are attributed to alcohol. I'm sure many of you may be wondering about other addictive drugs, such as heroin or methamphetamine. As these drugs are just as harmful and addicting, there is a prime reason why the death rate for alcohol is much higher then crack cocaine or other harmful substances. This may be due to the fact that alcohol is completely legal and within a 5-mile radius of everyone, while one has to go out of their way to get their hands on a hard drug. Likewise, we don't have to hide from the authorities when purchasing a drink, while we have to try and make ourselves invisible while purchasing heroin or meth. If heroin and crack were just as available and legal as alcohol, I believe that the alcohol and hard drug related deaths would change dramatically.

Alcohol affects five major organs in the body: the heart, brain, liver, pancreas, and kidneys. Many individuals find themselves lifeless in a hospital bed due to drinking their organs away. I remember attending alcohol anonymous meetings in order to support my friend, and coming across individuals who had to stop drinking due to the fact that they were literally losing organs. I recall an individual stating that he had to stop drinking alcohol due to coughing up blood each time he drank. Alcoholism is an addiction that leads to heart attacks, strokes, and the demolishing of brain cells. There are stories of people who have drank themselves stupid, literally,as the booze killed so many brain cells that it caused many holes in the brain. We need our organs in order to survive, however, we live in a society in which we encourage binge drinking, causing us to care more about getting drunk then taking care of our own bodies and minds.

As a college student who was involved in a sorority and lived in the dorms her freshmen year, I have both experienced and seen many instances and scenarios of alcohol dependence and usage. I used to hold my friend’s hair back when they were throwing up in the toilet, but it was safe to say that even though I wasn't the girl throwing up, I still drank every single weekend for my first two years in college. Being involved in Greek life definitely pressured me to drink more, which in turn caused me to become more dependent on the drug. Although I was never addicted to alcohol, my friends and I relied on it every single weekend in order to have fun. I’ve seen friends passed out in front of fraternity houses due to too much alcohol consumption. I remember coming upon a male friend in college who drank himself to blackout every weekend. He would urinate in public, yell vulgar things, while waking up every morning with a major headache and stories from the night before that he wouldn't remember. I also recall having a roommate who would have intercourse with men while being drunk, and not remembering it the morning after. This also wasn't the first time I remember my friend telling me these stories of her drunken fantasies the night before. However, what’s the point of drinking and attempting to have a fun time when 30% of the time, you end up passed out in a stranger’s bed, blacking out and having no memory of the night before. My personal "favorite" is when I was throwing up the night before and morning after due to consuming too much alcohol. It gets even worse when you have a major headache/hangover for the first 5 hours of your Sunday morning.

Alcohol is a drug - a very deadly one. It's hyped up to be fun, carefree, and easy to obtain. However, behind the billboards, the commercials and the attractive individuals serving the drink, the consumption of alcohol is a major issue in our society. It's truly not worth the DUI, the horrible hangover, the addiction, the emptying of one’s wallet, or the deaths of our loves ones. We live in a world where one drink turns into five, and some of us physically can't stop. However, there is a solution, and this solution has been around for hundreds of years and has saved many-including myself. Anyone who finds themselves addicted to alcohol or any other harmful substance can attend AA, or Alcoholics Anonymous. AA has saved hundreds of lives and will continue to do so. It is a program that is dedicated to sobriety, and helps others get sober when they had nothing or nobody else to turn to. It's free to join, and all you need is the willingness and desire to get sober. That mindset will grant you a ticket into a whole new lifestyle, one in which you never believed to be possible: sobriety.