Having An Alcoholic Father Saved My Life
Odyssey

Having An Alcoholic Father Saved My Life 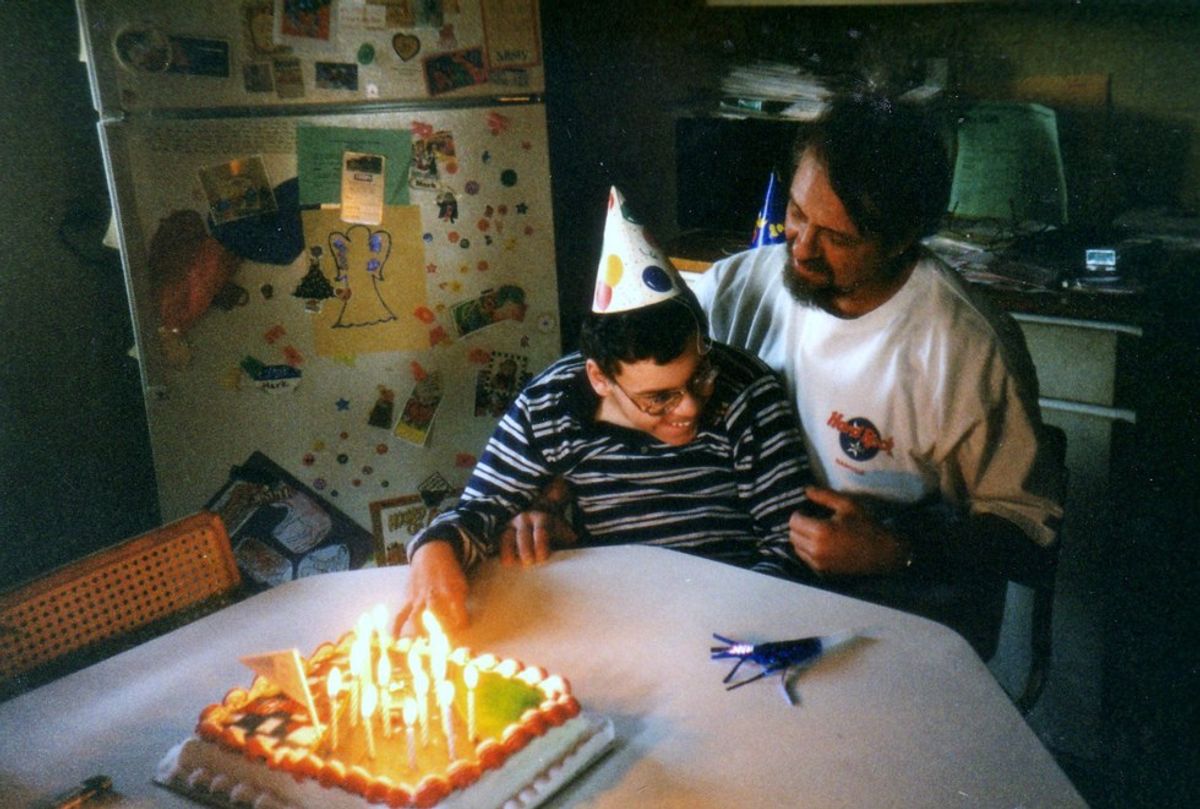 "Son, I am so proud of you. I believe in you. I know that you will be the man that I have always aspired to be" - Dad

You never can be quite good enough. Often times we blame ourselves for our parents' trials and tribulations. Personally, I believed all through my childhood that I was the cause of my father's alcoholism. I remember how badly I wanted to see him change. How badly I wanted to see the light of a passionate man who would play catch with me, take me out for ice-cream, just spend time with me. But, that isn't easy for a someone whose strangled by a toxic demon each day of his life.

I remember one day in particular. After my dad threatened to take away my video games (my outlet for escaping a reality) for bothering him because he was incredibly hungover from the night before, I sat in my room still as could be. I shut my eyes, searching for every possible way that I could think of to get my dad to stop drinking, praying for a solution. Finally, the young 12-year-old boy had an idea. I removed everything that my father had ever bought me or that I had ever earned out of my room: My xbox, my toys, my TV, my games, even my collection of baseball trophies that meant the world to me. I placed them all in the living room, and as my dad came downstairs, I stared at him, silent, with tears pouring down my face. "What the hell are you doing, Mark?!" he screamed. I calmly told my father that I was willing to give up everything in my possession, everything that held meaning to me, if he would just stop drinking.

Like all naive children, I thought that I had the control to influence my father's behavior. Fast forward through the years, and I tried everything from begging and pleading to stealing his 12 pack of Bud and pouring it down the drain. But all of it was to no avail; my father was an alcoholic, and I wasn't going to change that about him. He was an addict up until he died, during my junior year of high school. He was a lost man, crippled by his addiction and broken by the loss of my mother, who died when I was just a small child.

My dad holding my brother on his birthday

But... What if there is a part of this story that is missing? What if this narrative that I had been telling myself for most of my life was only one scene out of a much larger story? What if my dad, the man who I only saw as an alcoholic, was so much more. He was. He is. He is my dad!


We all face challenges in our lives. But, unfortunately, very few of us seek challenges for ourselves. A large majority of us spend most of our time reacting to the world around us, choosing to relinquish control of our destiny to outside circumstances. I sure as heck have that option: A child who was born to two addict parents, who both died when I was a lad. But, what if the missing part of my father's narrative could give me the strength to become an inspired creator, a man who stands for integrity, a man who begs for challenges and chooses his path and his dreams. What if shining the light on the entirety of my father's narrative would lead me to deeply comprehend the immense opportunity that we have as human beings?

By God, as I have dove into my father's life, I have found the most beautiful story. At the age of 18, he and my mother became heroes as they departed from their small town in Ohio and headed several states away for a great adventure. They challenged the conventions of their society, refusing to settle for a life of complacency and seeking the opportunity for adventure. They were mighty successful, but, unfortunately, the wild and crazy lifestyle that was once an adventure took a turn for the worst with the introduction of drugs and alcohol. They suffered each day as adults fighting their addictions, and doing the best that they could to be good parents to my brothers and me. Once my mother died, my father lost his north star, his saving grace, his true angel whom he honored with dedication for their whole marriage. But, despite his challenges, he still stuck around: He never left us, not once. He dedicated the last years of his life to getting sober for his boys, only to become dangerously sick after 8 months of sobriety. He may not have been father of the year, but he showed me what it means to fight until the end, and now, my legacy is the extension of his fight.

Thanks to my father's story, his life, I will never be an alcoholic. I will forever treasure the sanctity of each day with my loved ones, my family. I will emulate the finer qualities of my dad: his intelligence, his charisma, his charm, and, most of all, his courageous spirit. I am now deeply inspired each day by the man whom I was most ashamed of growing up. And, above all, I live each day with such an immense appreciation for how hard my father tried for me. And, each day, I am preparing to be the most loving and dedicated father that I can possibly be, the father that he had always inspired to be.

My mom and dad's gravestone.