I’d probably sell my firstborn on top of all this if it meant an extra packet of peanuts and Ginger Ale. 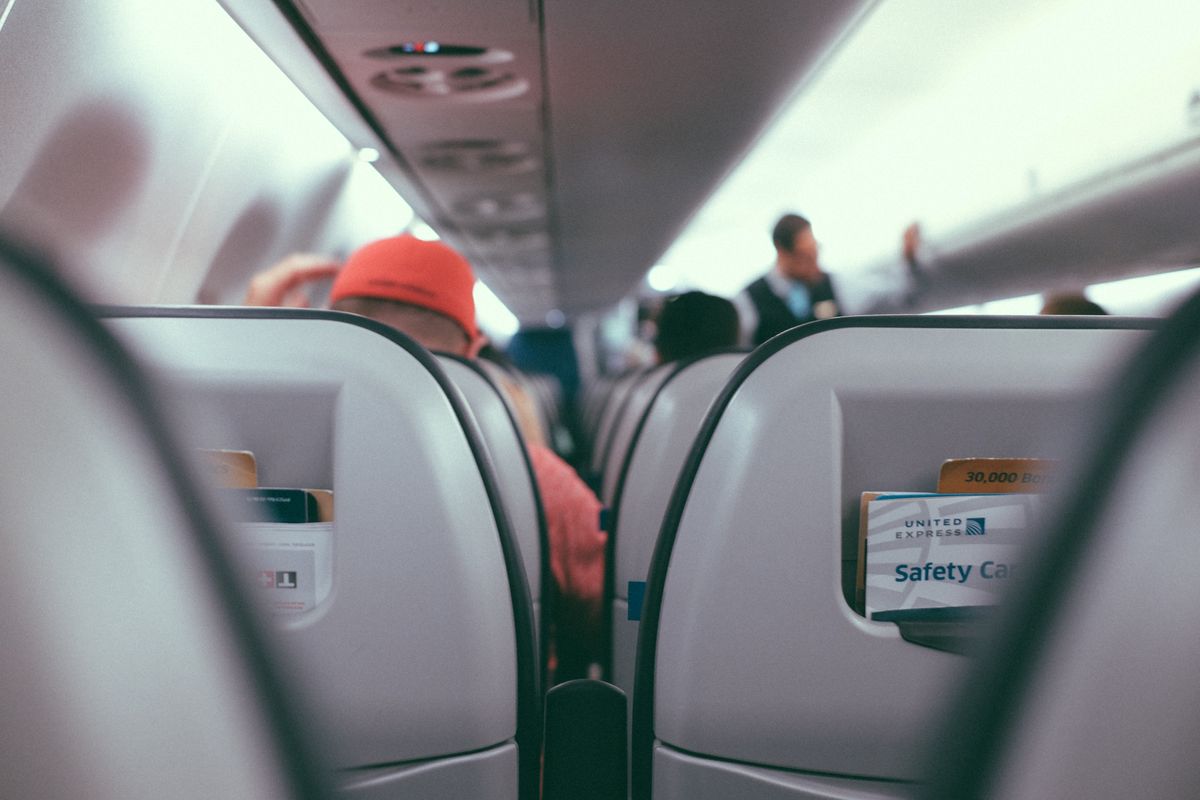 For the privilege of traveling over 500 miles an hour across oceans and valleys, we, collectively as a society have, decided to forgo certain comforts.

We can live without free Wi-Fi for three hours, will put up with the TSA’s shampoo-targeting whims, and won’t question the sanity of a $15 egg salad sandwich at a To-Go kiosk in the airport terminal.

We’ll suffer being stuffed into a flying metal tube along with dozens of strangers and crying babes, a bathroom the size of a Soviet broom closet, and a drawn-out explanation by a perky soccer mom-turned flight attendant on the basic functions of a seat belt.

We do this because we acknowledge the pay-offs are far and beyond worth the benefits. Would I take a mere day of this over a week of driving down back-country highways and catching cat naps in gas station cat naps in the back of my brother’s Subaru?

You bet, and I’d probably sell my firstborn on top of all this if it meant an extra packet of peanuts and Ginger Ale.

But, America, surely there is no comfort we can forgo. One thing all of us, regardless of political leaning, religion, race, gender, sexuality, and so on, can agree to rally against. The reclining airline seat.

Whoever decided the value of a reclining seat cutting into the personal space of the passenger sitting behind the seat owner was worth the inch or two afforded to the recliner is the world’s best-paid sadist. And/or a war criminal.

Anyone who’s ever tried to get work done or had it in them to write a book/story or even enjoy a meal in peace knows the pain of that awful, drawn-out moment as the hateful, oblivious passenger sitting in front of you presses the recline button. Your laptop cuts into your gut. Say goodbye to that $15 egg salad sandwich.

If you’re the type of person who reclines your seat, I imagine one day you’ll end up in the ninth circle of hell. Right next to those people who save their protracted phone calls for watching a movie at the cinema.

I know I’m not alone here. Our voices are many.

It’s enough that an entire cottage industry has sprung up around combatting seat recliners.

But the fight doesn’t end with us. Airlines, listen to our pleas. Stop. Adding. Reclining. Seats. Some airlines have come to their senses. But the change hasn’t been adopted on an industry-wide level.

Airlines, I implore you. What’s economical or space-saving about an array of reclining seats? Or humane?

Save time. Save money. Save our sanity. Let us have our two inches of space and a flight free of plastic trays threatening to slice into our spleens.