I'm Agender And Get Disrespect Because I Don't Look Like It

I'm Agender, But I Get Less Respect Because I Don't 'Look' Androgynous — This Is My Personal Reflection

Gender has become an increasingly complex societal topic of contention; yet, it is a personal issue. 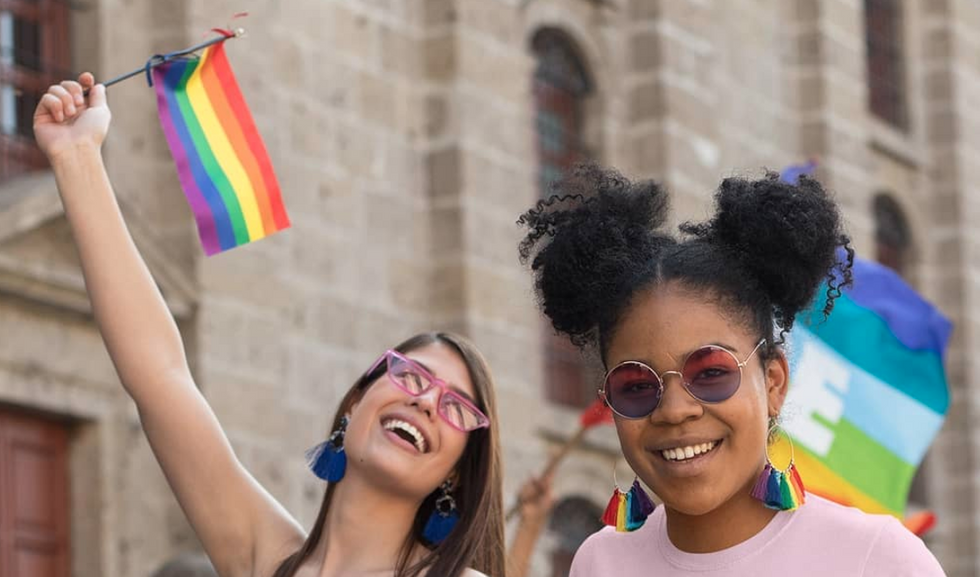 Gender has evolved throughout time—and indeed, it is still evolving. Within Western culture, the idea of gender has been conceptualized based on a male/female binary, in which gender is determined by an individual's sex. This idea holds true today.

An increasing number of individuals believe gender exists not on a binary, but on a spectrum, due to issues which result from the binary.

Likewise, gender may be ever-evolving for an individual throughout their lifetime. For many, this personal sense of self may be consistent.

It is ultimately the role of the individual to determine their personal gender identity based on what they feel most comfortable with, or rather, what they feel best describes their subjective understanding of their life at any given time during their life.

Society nonetheless directly and indirectly works to force gender identities on individuals based on their sex and is successful in doing this.

American society is entirely based upon the gender binary in which alternative gender identities are ignored or disregarded as legitimate. An individual may not be aware of a label which they find fitting.

It is certainly possible for someone of the female sex to have a male gender identity, but only if they are aware of the idea that identity is not fixed. This is a concept which I came to realize as a young adult after two decades of associating my identity with the gender binary.

My Personal Experience With Gender

I identify as agender (or, genderless) and use they/them pronouns rather than she/her, even though I am typically a feminine person and mainly conform to gender roles designated to females.

Outward appearance is not inherently indicative of gender identity; however, there are instances where I feel less valid—less respected—as an agender individual since I do not appear androgynous.

This seemingly feminine gender expression via clothing, makeup, and hair leads people to assume my gender, and thus, my preferred pronouns (and in turn, prompted me to adopt the nickname Vic in order to distance myself from femininity). While this is understandable, it is nonetheless unacceptable.

Such a feminine appearance should not diminish my identity.

I did not grow up with a rejection of the binary, nor has my gender identity been constant throughout my life. Like gender itself, this was learned.

Yet, I cannot remember a time where I did not exhibit characteristics that align outside those ascribed to the female gender.

My parents unintentionally raised me in a manner that rewarded both masculine and feminine attitudes and behaviors. As a young girl, my father was my best friend—more of my time was spent with him than with my mother.

Male characteristics were adopted through this relationship, such as the use of I-references in conversations. Moreover, my mother is more masculine in the way she interacts with others: she has never been an individual who is overly empathetic or who is comfortable freely discussing emotions with others.

While we do occasionally engage in these discussions, they do not occur organically.

Only recently did she and I begin saying "I love you" on a regular basis. In turn, I have assumed such tendencies.

The most apparent of these is my inability to empathize with other individuals as females traditionally do, which has proved to be an issue in many personal relationships. My mother's traits were seemingly feminine and I was female.

Issues With The Binary And Performing Gender

It is impossible for every individual to perfectly align with either the male or female gender. We cannot expect someone to fit the stereotypical ideal, nor can we not expect homogeneous characteristics to exist within the population based on the male/female binary—individuals vary and may stray from the various elements which are associated with their gender.

Individuals may subsequently feel they are failing to properly perform their gender.

Thus, the gender binary does not work, and conceptualizing gender on a spectrum is ideal. Previously indicating that I was a female rather that I am a female provided a personal sense of liberation from the identity assigned at birth.

Many of my own characteristics do not align with what it means to be female and I am unable to associate with such an identity due to the limits which the binary has provided it with. Queering gender performance will, therefore, work to extinguish the rigid male/female binary.

Though the idea of gender evolves over time, the gender binary has not worked in explaining my identity, even using modern definitions of what it means to be a man or woman.

I cannot force myself into such precise categories because I fit neither. My biology does not dictate my gender identity or gender appearance, nor does society. This realization has allowed me to better understand myself and to be more comfortable with my being with disregard to the discomfort this may bring to others.

Though it is clear the gender binary "exists" as a social construct, this is not an idea I would like to personally perpetuate or uphold in my own life.

It is my hope that through rejecting the gender binary society will one day exist on a gender spectrum.

While I am grateful to be liberated from such confines, it is my hope that such liberation will no longer be necessary for future generations. Queering gender is essential.