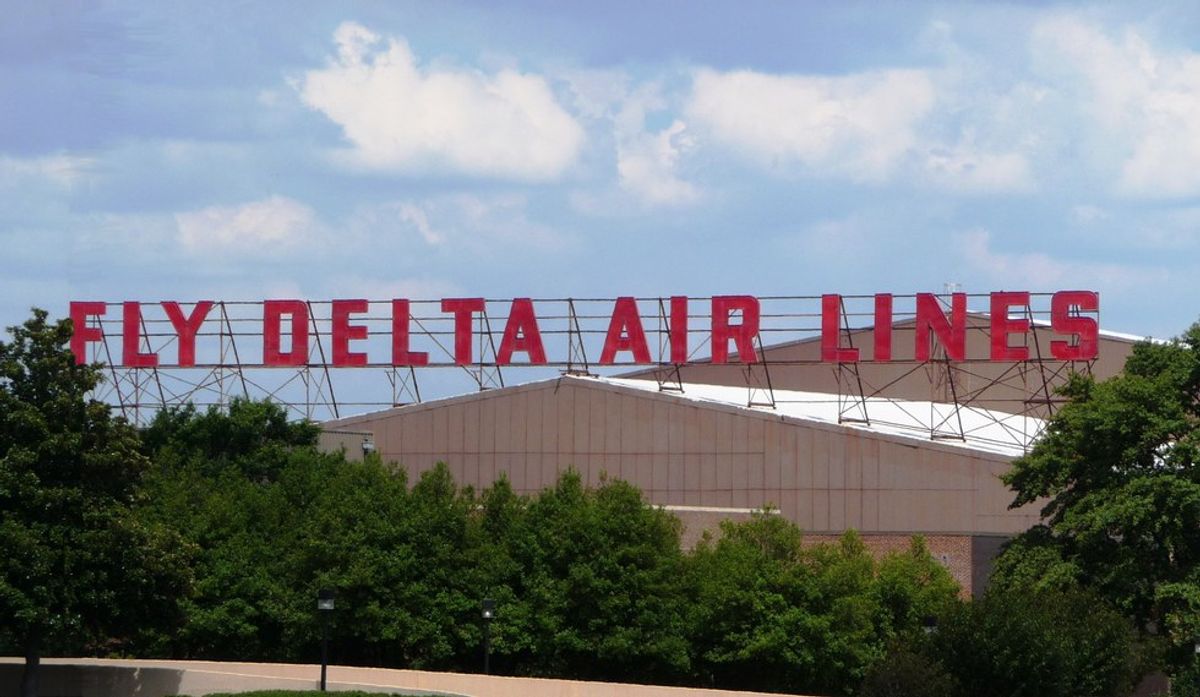 Fifteen years after the 9/11 attack on the twin towers, islamic and arabic people face extreme prejudices, shunned by Americans who perceive them as a threat. This detail, compounded by stricter airport security and flying regulations, creates a breeding ground for airline conflict. Last week, popular youtuber and prankster Adam Saleh released a video of confrontation with passengers and flight crew on board Delta flight 1 from London.

According to Saleh, he and friend, Slim Abaher, were escorted off of Delta flight 1 before departure on Wednesday, December 21st, after speaking on the phone with his mother, in the Arabic language. His claims of discrimination have prompted considerable backlash at Delta Airlines, which released a statement claiming their decision was made, "after a disturbance in the cabin resulted in more than 20 customers expressing their discomfort." London's Metropolitan Police spokesperson Camilla Goodman verified that neither man removed from the flight did "anything lawfully wrong" despite their mandatory departure from the plane. This is just one of many recent and highly publicized incidents with US Airlines, provoking conversation about flyer rights and transportation discrimination laws.

It is important to acknowledge that U.S. Code does indeed grant American citizens the right to fly, written in Title 9, Subtitle VII, "A citizen of the United States has a public right of transit through the navigable airspace."

In a notice to U.S. Airlines following the attack of 9/11, the U.S. Department of Transportation urges airline safety and security personnel to be particularly considerate of passengers that may be perceived to be of Arab, Middle Eastern, or South Asian descent and/or Muslim, strictly forbidding all forms of transportation discrimination. However, DOT encourages U.S. Airlines and contractors to lawfully, "Take all available facts and circumstances into account in identifying persons or property that may be a safety or security risk." In addition to this, it is important to recognize that DOT prioritizes transportation security: "Although your actions may, at times, offend the person involved, you would continue to be justified in conducting additional questioning, inspections or searches, for safety or security reasons, in certain situations,". In following these standards, airlines are permitted to otherwise operate by their own policy. One such policy: removing passengers that may create unnecessary conflict and disturbances in-flight.

According to Delta, the decision to remove Saleh and Abaher from the flight was in standing with their current policy and Contract of Carriage. After reviewing this Contract of Carriage, it is clear that the U.S. Airline is justified in their decision, and that passenger deplaning does not warrant actions that are "lawfully wrong", as many citizens may believe. Delta's Contract of Carriage states that the airline may remove passengers for a variety of reasons including, "when refusal to transport or removal of the passenger is reasonably necessary in Delta’s sole discretion for the passenger’s comfort or safety, for the comfort or safety of other passengers or Delta employees...". What kind of actions may warrant this decision? According to Delta, the following: "When the passenger’s conduct creates an unreasonable risk of offense or annoyance to other passengers". The ambiguity and subjectivity of language like "unreasonable risk of offense or annoyance" creates considerable room for interpretation. Interpretation that justifies the airline's decision, given Saleh's history of provoking racial confrontation and tensions on-board planes. The prioritization of security, safety, and comfort of passengers aboard planes is thematic among airline policy, validating actions made by airlines to deplane passengers that create considerable "risks" in-flight.

However disconcerting the circumstances and implications of this particular confrontation, the airline's actions appear to be constitutional, even as Delta Airlines unintentionally contributes to cultural and racial tensions in American. Circumstances such as those presented on-board Delta flight 1 on Wednesday are particularly hard to navigate and unfortunately, the resulting actions often-times validate, or make appropriate, American prejudices. Prejudice and discrimination is particularly hard to combat because the nature of its origin and perpetuation is not black and white. Many believe that any party not a part of the solution, is a part of the problem. It is this reason that many are critical of Delta's decision, despite the fact that the individual prejudices and discomfort experienced by the complaining passengers is to blame. Clearly, the sensitive nature of racial tensions warrants further reflection and examination of transportation policies, in hopes of producing a more effective and appealing remedy. However, we should expect nothing less than U.S. Airlines making the most commercially reasonable decisions within the boundaries of the law.