Why Advertisements Are The Worst
Odyssey

Why Advertisements Are The Worst

They are not our friends 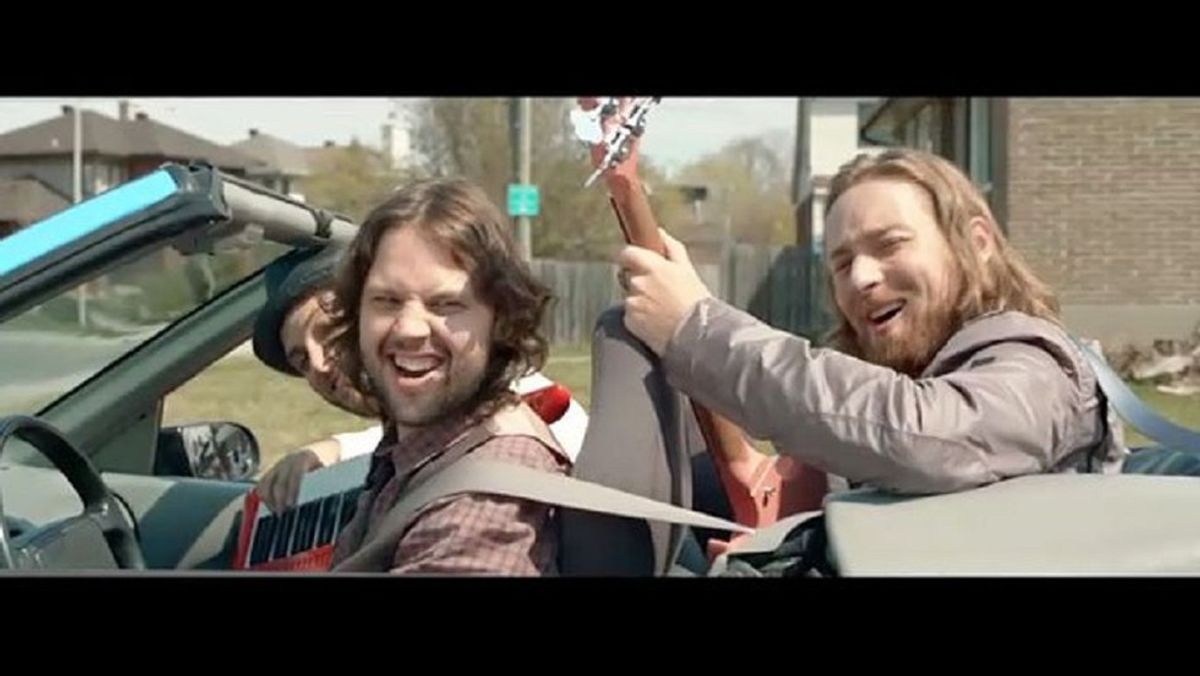 It's a regular day at the Livingston Mall's food court. Across from me sits my boyfriend enjoying spare ribs from the court's Chinese place, and behind his head two TV screens flash. Actually, seven screens in total flash, two on each side of the dining area, one black and broken, and all seven of them show, simultaneously, the image of a beige velvet boot with red velvet roses crawling up the side. The letters on the screen declare, “Trend Alert: Velvet!” I scoff to myself. Who was paid to come up with that ad? The boot isn't even cute. The pattern is the sort of thing you'd use to paper a the ladies' room in a 3-star restaurant, and despite the eagerness of the ad's font, I don't find myself trusting its style advice, especially once the boot is replaced with the image of a purple velvet fanny pack.

Throughout our meal, while my boyfriend and I chat, I find myself trying to escape those seven winking screens and their trend alerts. I let my gaze wander through the crowd. There are families at the food court, children younger than I can guess dressed in winter coats and toddler-sized knit caps. Their parents attempt to keep them sitting, or at the very least standing near the table. There are other couples, some who chat more than they eat and others who don't chat at all. Near-by where I sit, a young coupe routinely check the stroller of their new-born, as if the child might disappear in a puff of baby powder and force them to interact with each other. Beyond them, disbursed through the crowd are lone shoppers and groups of friends, young girls, young men, old women, old men, mall cops and employees, and corralling us all, from each of the cardinal directions, are the screens and their ads.

I hate advertisements. If I could, I'd outlaw them the way our dear President is soon to outlaw any disparaging tweet or Facebook post against him. They waste my time and tire me out, and, try as I might, I can't ignore them, but mainly, I hate them because they make perfect sense. Even something as sad as Trend Alert: Velvet! Ads aren't around to entertain or serve a sacred purpose in our lives. They are a bombardment, a subliminal white noise with one chief goal: to make us want something we seriously don't need. Why else would the trend alerts loop infinitely on the seven screens, cycling from one ugly product to the next? Sure, Chevy and Apple and Freecreditreport.com might unload big bucks or come up with catchy jingles to disguise their intentions, but, for all products big or small, everything comes down to repetition, forced overexposure, to the ever present hum of consumer culture telling us that we are missing something purple and velvet, chrome plated and fast, or pocket-sized and touchscreen.

In 2014, out of every hour of cable television, 15 minutes and 38 seconds, on average, were wasted on advertisements. Using that value, if the average American watches five hours of television a day, then every day the average American would view more than an hour's worth of ads. Over the course of a year, that number would swell to over 450 hours of ads. Multiply that by 60 to 80 years of life, and that average American will have seen anywhere between 27,375 – 36,500 hours of advertisements in a lifetime. In case you think 27,375 -36,500 hours in a lifetime isn't terrible, there are only 8,760 hours in a year, meaning the average American spends between three and four years of his/her life watching ads on TV. These calculations don't even take into account radio ads, ads online and on cellphone apps, or the ads you are barraged with at shopping center food courts. I don't know about anyone else, but I find this a little disturbing.

My mother used to say that if you listen to something enough, it becomes true. She'd say this to me when I'd tell her what some of the kids I went to school with would say about me, but it applies here as well. If you spend your whole life watching television and exposed to ads, you won't question what they are telling you. You'll believe its true that you can find happiness in new features for your four-door, a new phone case that glows in the dark and will survive a nuclear winter. You'll believe anything that flashes on that screen, especially when they tell you to buy a new one, because you've been hearing it your whole life. It's normal. It was from the day you first watched the Mickey Mouse Clubhouse, yet, if you're like me, “normal” isn't an excuse. In fact, it's the opposite. “Normal” can't act as a justification for anything. All it can do is stand like Goliath before you. Why? Because how in the world do you change what a whole society thinks of as normal?