Give me your arguments, and I will poke holes in them. 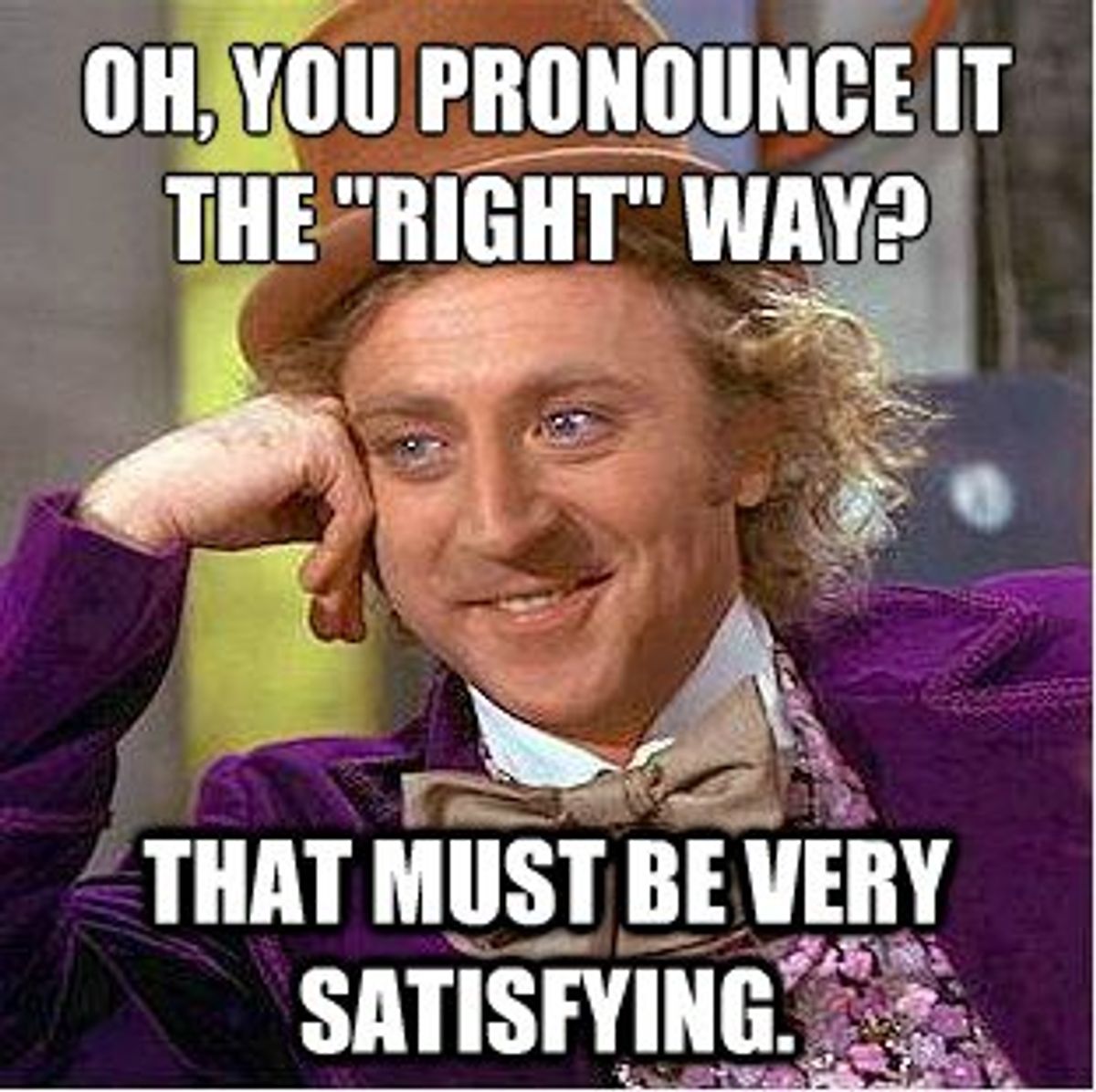 As "GIFs," or graphics interchange formats, have gained a great deal of popularity, the argument as to how the word is pronounced has also grown. This argument can be seen everywhere: on the streets, in the Supreme Court, and in this Bud Light commercial, and I agree with Seth Rogen: it's pronounced GIF with a hard "g."

There are three kinds of people that make bad arguments: Ted Cruz supporters, Eagles fans, and people who pronounce GIF with a soft "g." Sure, there's another word, "book," that not only doesn't have a pronunciation discrepancy, but is a lot better for you to consume (remember when Vines were short enough to hold our attention?). Judging by my share count since I've joined the Odyssey, though, I've come to one conclusion: if you can't beat 'em, join 'em.

And so, here is my take down of not only the whole argument that "GIF" has a soft "g," but of each individual argument that I have heard.

This makes little to no sense when you get down to it. Yes, it is an article, and, yes, "g" is pronounced "gee," but it's not like you pronounce every letter in an acronym letter-by-letter. Speaking of which, why would you pronounce the "g" but not the other letters? If this argument was not only true, but also consistent with every letter, GIF would be pronounced "gee-eye-eff."

This is actually my roommate's argument, who, I think, is noticeably upset at me writing this article, mostly because he is my inspiration for it.

So giraffe has a soft "g?" Well, gift has a hard "g," and gift is much closer on the word family tree to GIF than giraffe is.

3. "Steve Wilhite, the creator of GIFs, pronounces it with a soft "g."

Just kidding. This is the most substantial argument in my opinion, and the one that I think has ended the most arguments. I mean, shouldn't the creator have a say?

There is a big difference between words and acronyms. Words, by definition, are pronounced all together, while acronyms are spelled out. Always. It's spelled GIF, not gif, and, if GIF was a word, it wouldn't be in all caps. Technically, the right way to pronounce GIF is "gee-eye-eff," which resembles my previous pronunciation, but I must add that this pronunciation has pauses instead of being lumped together into a word.

What I'm trying to say is that, if Wilhite were to create a word, he would have the final say as to how it's pronounced, barring any extreme pronunciational errors. However, GIF is an acronym, and its shorthand pronunciation is interpreted, not set in stone, even by the creator. And while that could mean that there's an argument that even I, Brent Leoni, can't totally take down another argument or bolster my own to the point of immortality, that argument is really correct. I can't, for a fact, say one argument is true and the other isn't. However, I have taken all the interpretations I have been told and have swatted them down, insinuating that my interpretation has more of a sturdy foundation than the opposing side's.

Again, this isn't a fact. This fight can continue on forever. Therefore, I encourage any "jiffers" to comment their arguments below and I will personally dismantle them. However, if you don't do so courteously, I won't answer. If you present an argument in a civilized manner, I will courteously dismantle it. If you didn't notice, this article is under the category "humor," and although I do believe in what I say, in the end, this is all for fun. It is just an acronym, right?