What Is The Abortion Law?

If Abortion Was Illegal When I Was In High School, I'd Know A Teen Mom In Every Class

Some people are simply not ready to become parents, so why force a child into a world where he/she/they will be set up for failure. 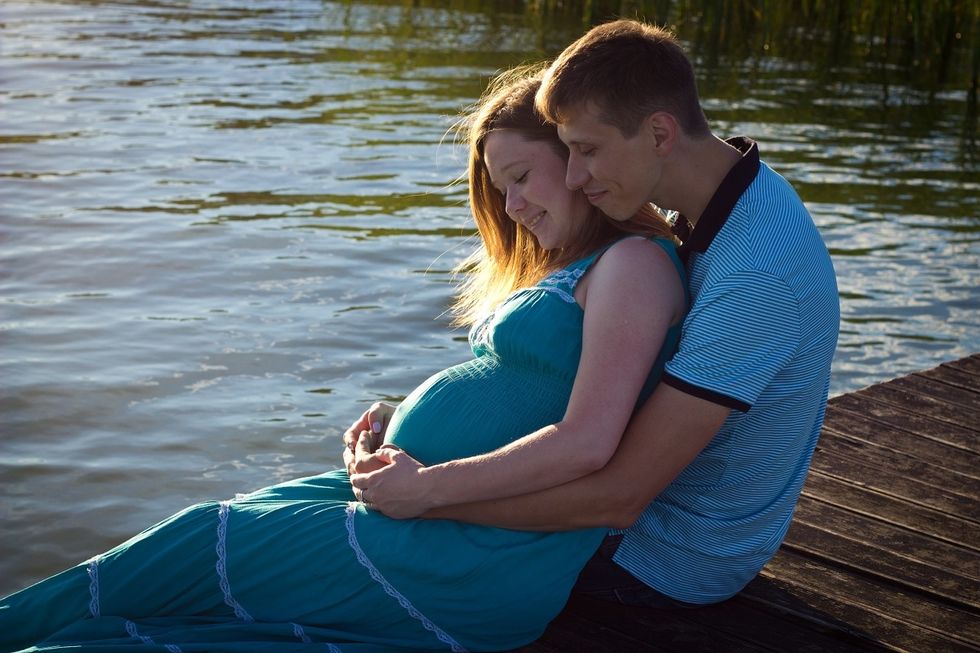 After taking a mental break from reading all the recent news surrounding new abortion laws in states such as Alabama, I am ready to share my piece. The laws vary depending on what state you're in, but they're more or less the same. In the simplest wording possible, the new abortion bills America has witnessed is a step backward for women's rights.

But are we shocked? With the worst President in U.S. history sitting in office making claims that we must make America great AGAIN, do we really need to ponder long about the time references he's referring to? Since he can't answer the simplest, clearest questions and has yet to reveal what his slogan really means, I have to assume he's referring to what most normal Americas would consider a dark time in America's history.

Whether that be the era of Jim Crow or the era when women couldn't vote...Trump's claim to making America great again must mean it isn't satisfactory now. So how does America become great?

Well first you have to travel back in time to the 1970s, before Roe v. Wade and before women were treated as humans! Then, you have to assemble the whitest looking senate you can and don't forget they should be men too. At least this is how Alabama ensured we are stopping progress and limiting freedom.

And just how much progress is being jeopardized? How much freedom is being taken from American women? Well, in Alabama, nearly the unthinkable. If you're a rape victim, an incest victim, a child, etc. and you become pregnant, TOO BAD. The government doesn't care about the circumstances. The only exception that would allow for legal abortion would be a serious health risk. Additionally, doctors who perform abortions will face up to 99 years in prison, more than a rapist or murderer could potentially face.

In case that's unclear, let me give you an example. A high school girl is raped by her uncle and gets pregnant. Upon trying to get an abortion, the doctor and the girl receive more prison time than the rapist. THIS WILL HAPPEN NOW BECAUSE OF THIS LAW.

On the other hand, Georgia recently passed its own abortion bill but constructed theirs on the based on the timing of the pregnancy. Called the Heartbeat Bill, Georgia outlawed abortions after six weeks of pregnancy, which is when a heartbeat can typically be detected for the first time.

EXCUSE ME, BUT MOST WOMEN DON'T EVEN KNOW THEY'RE PREGNANT THAT EARLY ON!

Or at least that's been my experience and understanding. When I was in high school, I knew probably 20 individuals who became parents. Some of these people I still know, and many of them have more than one child now. Growing up, I even knew someone at my middle school who got pregnant. Some of them chose to have the baby while others chose not to, understanding that becoming a parent so young would not be beneficial for anyone. And while some did choose to continue on with the pregnancy, they did so because they wanted to, not because prison was the other alternative.

And this is where I'm most shocked by these new laws. Here the entire point of the law is to enable all human life the chance of survival, health, prosperity, etc. How is a mother supposed to even do that if she's behind bars? Why subject a child to a difficult life where they cannot be cared for because their parents are gone?

Better yet, why subject a woman to a life she's not ready to have for herself. When she's ready, she'll bring a child into the world on her own terms and in her own way.

Here's what I don't understand. Why is it that when a woman chooses to get an abortion, the old, white men in government feel they need to intervene. Is the right to privacy not valued anymore. Why are grown, adult women, having decisions being made for them as if they are children, or worse, less than human?

We are living in postmodernity where women have voices and will not be silenced. The men making these decisions for not just women, but for everyone, is a testament to the idea that Americans today are being controlled and manipulated by a small range of citizens who believe for some reason they are of higher moral character than the rest of us.

Well to the white Alabama senators and any other white man who thinks they can control us, you don't know us and you don't know what we are capable of.

These men need to take a step back and open their eyes and listen to us when we speak because at the end of the day, the "men behind 'Heartbeat Bills' don't know the first thing about a woman's body outside of the things they want from it" - Alexandria Ocasio-Cortez