Yes, I Had An Abortion and No, I Don't Regret It

I Might Have Aborted My Fetus When I Was 18, But Looking Back, I Saved A Child’s Life

It may have been one of the hardest decisions of my life, but I wouldn't be where I am today if I hadn't had done it. 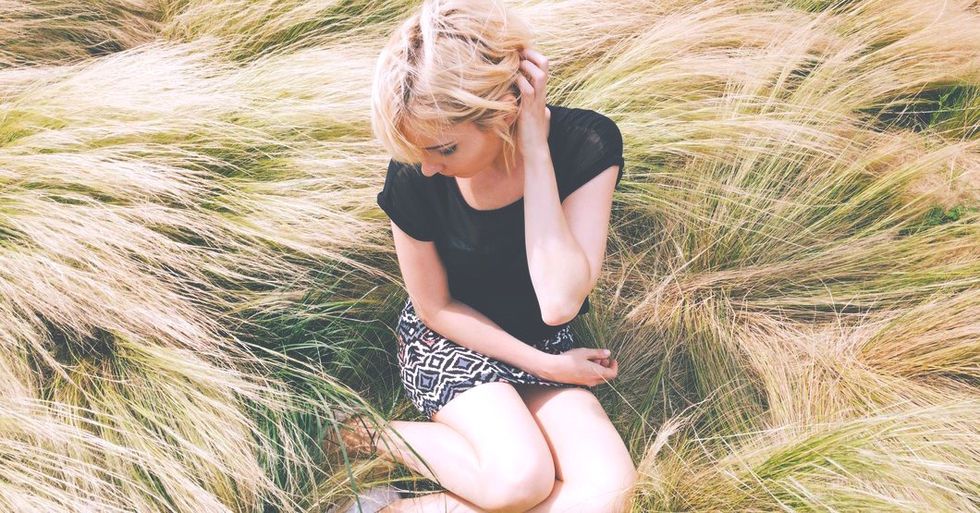 Photo by Remy_Loz on Unsplash

Due to recent political strife happening in the world today, I have decided to write on a very touchy, difficult subject for me that only a handful of people truly know.

I was fresh out of high school, and deferring college for a year or two — I wanted to get all of my immature fun out so I was prepared to focus and work in the future. I was going through my hardcore party stage, and I had a boyfriend at the time that truly was a work of art (I mean truly).

Needless to say, I was extremely misinformed on sex education, and I never really thought it could happen to me. I actually thought I was invincible to getting pregnant, and it never really registered to me that if I had unprotected sex, I could actually get pregnant (I was 18, I never said I was smart).

I remember being at my desk job and for weeks, I just felt so nauseous and overly tired. I was late for my period, but it never really registered to me something could be wrong besides just getting the flu — it was November, which is the peak of flu season.

The first person I told was my best friend, and she came with me to get three pregnancy tests at Target. The first one came negative, however, the second two came positive.

I truly believe this was when my anxiety disorder started because I haven't been the same ever since.

Growing up in a conservative, Catholic Italian household, teen pregnancy and especially abortion is 150% frowned upon. So when I went to Planned Parenthood and got the actual lab test done that came out positive, I was heartbroken.

I felt like I was stuck between two roads: Follow how I was raised and have the child, or terminate it and ultimately save myself AND the child from a hard future.

My boyfriend at the time and I were beyond not ready. That same week, I found out he had cheated on me with his ex and finances weren't looking so great, and I was starting to go through the hardest depression of my life. Because of our relationship, I had lost so many friends and family, that I was left to decide the fate of both myself and this fetus. I could barely take care of myself — I was drinking, overcoming drug addictions, slightly suicidal and living with a man who didn't love me.

As selfish as you may think this was, I terminated the fetus and had the abortion.

I knew that if I had the child, I would be continuing the cycle in which my family has created. My goal since I was young was to break the cycle and breakaway from the toxicity in how generations of children in my family were raised. If I had this child, I can assure you my life would be far from how it is now.

If I had carried to term, I would have had a six-year old, and God knows where I would've been.

Now, I am fulfilling my future by getting a BA in Politics, Philosophy and Economics, having several student leadership roles, and looking into law schools for the future.

Although it still haunts me, and the thought of having another abortion truly upsets me, it was the best thing to ever happen to me. I get asked constantly "Do you think it's just to kill a valuable future of a child?" and my response to that is this:

It's in the hands of the woman. She is giving away her valuable future to an unwanted pregnancy, which then resentment could cause horror to both the child and the woman.

As horrible as it was for me in my personal experience, I would not be where I am today: a strong woman, who had overcome addiction, her partying stage, and ultimately got her life in order. If I would have had the child, I can assure you that I would have followed the footsteps of my own childhood, and the child would not have had an easy life.

Because of this, I saved both my life and the child's life.

And if you don't agree or you dislike this decision, tough stuff because this is my body, my decision, my choice — no one else.

abortion
Report this Content
This article has not been reviewed by Odyssey HQ and solely reflects the ideas and opinions of the creator.