An Open Letter To Christians, From A Concerned Believer
Odyssey

An Open Letter To Christians, From A Concerned Believer

Have we forgotten God? 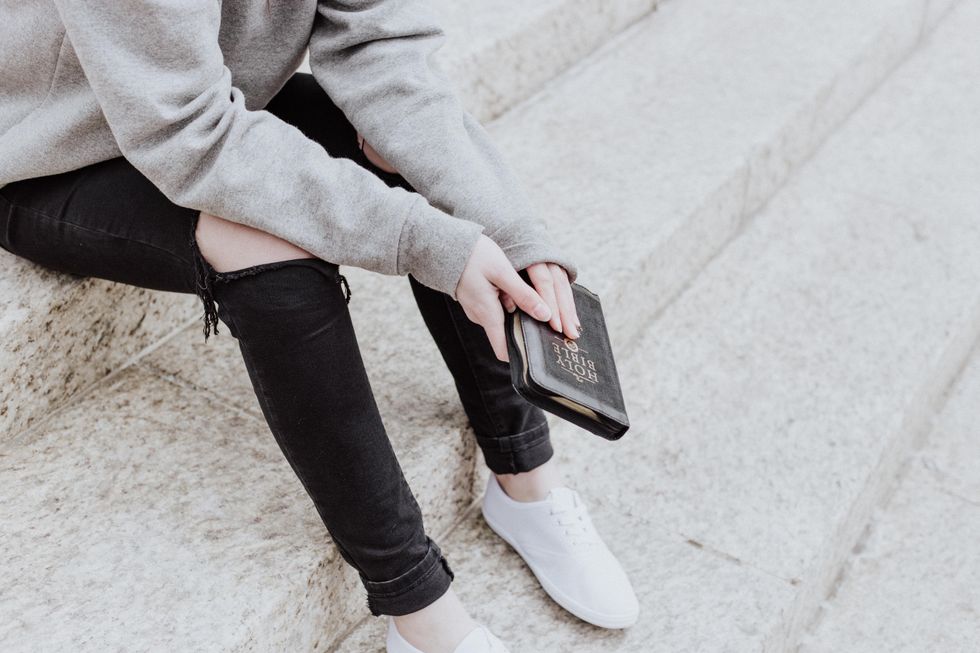 What if you were stranded on a desert island with nothing but the Bible to read? What would be different about you and other scripturally versed Christians? Francis Chan, the author of Forgotten God, believes that you would "be convinced that the Holy Spirit is as essential to a believer's existence as air is to staying alive." However, Chan also believes that it is the Holy Spirit that the Western Church so often ignores. And he uses this book to speak out about it…

I decided to dive more into the concepts of ignoring the Holy Spirit and being spiritually "asleep" after live-streaming the If-Gathering with my friends from church. All of the speakers had messages full of wisdom, but the ones that were particularly convicting were author Jennie Allen's interviews with both a man working in an Underground Church in the Middle-East, and Francis Chan.

Both spoke of the lack of reverence and abundance of apathy for God in the US church in comparison to the abundance of spirituality and urgency in the Underground Churches of the East.

The Underground Church leader told Jennie miraculous stories of his conversion from drug-addict to Christ-follower and his wife's incredible conversion from Islam to Jesus. He spoke of how quickly the Holy Spirit is moving in the East and the rate at which people there are following Jesus with zeal and sincerity.

My favorite story he told was of his wife who, at 23, had a supernatural encounter with Jesus. After experiencing a personal heartbreak and her mother getting diagnosed with MS, she and her mother decided to make a suicide pact together. That night, as they were about to take their lives, they turned on the television to find a Christian satellite broadcast. The pastor on the screen said this: "My brothers and sisters, why do you want to kill yourself tonight? Jesus wants to change your life."

The mother was so taken aback that she decided to call the program to prove to them that their Jesus is dead. However, after 20 minutes, the mother came to Christ. The daughter did not give up so easily. She spoke with the pastor for two hours (only because her mom insisted upon it) but had no change of heart. So, the Pastor said this: "Give Jesus one week. If he does nothing for you, go ahead and kill yourself." She took the challenge and, at 5 a.m. the next morning, her mother's MS was gone. From there, the young woman became a passionate convert. (To emphasize & clarify, following Jesus does not guarantee a physical miracle. However, he can use physical miracles to convert!)

Later in life, as the interviewee describes his relationship with his wife, he told another story of why they moved from the West back to her home in the East. Although they experienced the many comforts of the West, his wife grew to be depressed. Dumbfounded, he asked his wife how she could possibly be depressed with lives like theirs.

She said this: "The Church here is under a Satanic lullaby, and I am falling asleep. Every time that I try to wake up, the lullaby goes faster. Let's go back to my country."

As Chan writes, "Why would we need to experience the Comforter if our lives are already comfortable?"

After promptly moving to the East, the couple quickly woke up from their lullaby of apathy. The last story he told was about an impoverished man who told the Underground Church leaders an incredible story. Every night, he said that "a man wearing all white comes to me and tells me to write this down." When the leaders looked at the man's journal, they found that the entire gospel of John was written. This man had never laid eyes on scripture, and yet it was provided. May we never forget that when God brings people to Jesus, it is always supernatural.

In this Underground Church, there is one commonality: their love & faith in Christ. There exists no denominations, arguments over gender and leadership, and certainly no theological battles. Just Jesus. In the darkest part of the world, the Underground Church is united and spirit-led. What can the Western Church learn from them?

Jennie Allen then interviewed Francis Chan: an American who, until the pandemic hit, lived in Hong Kong as a missionary. There, he spoke to people who had never heard the name of Jesus and experienced miracles that he never had witnessed back home. Chan emphasized that, in the West, we have Churches, theological books, seminary schools, and more. Just about everyone has heard the name of Jesus… but has it created an apathy to the true, powerful, and supernatural Messiah?

Like Francis, I don't point this out in judgment, but conviction. The abundance of resources in the US should spur believers forward! The stories of the East should challenge us to urgency and sincerity! Not only that, but it should inspire us to trust in the Holy Spirit— a part of the trinity that the Western Church too often ignores.

Believers, are we recognizing the sanctity, holiness & power of the name of God, the power of Jesus, and the reality of the Holy Spirit?

As Chan writes in Forgotten God, "If it's true that the Spirit of God dwells in us and that our bodies are the Holy Spirit's temple, then shouldn't there be a huge difference between the person who has the Spirit of God living inside of him or her and the person who does not?" This difference has to start in the Church (both in the universal church of believers and in the local church). However, it has to start within YOU first.

How do we do this?

Chan says it is silence. He notes that there is a "marketing fight for attention" for our minds here in the West… how will we choose what to submit ours to? We have to get our minds sober again so that when we try to be quiet in the presence of God, we are undistracted...Because apart from the spirit work of the Lord, we achieve nothing.

In studying the gospel of Mark alongside Forgotten God, I couldn't help but how these verses weigh heavily on my heart: "Therefore, stay awake — for you do not know when the master of the house will come, in the evening, or at midnight, or when the rooster crows, or in the morning — lest he comes suddenly and finds you asleep. And what I say to you, I say to all: Stay Awake."
- Mark 13:35-37

"The church becomes irrelevant when it becomes purely a human creation. We are not all we were made to be when everything in our lives and churches can be explained apart from the work and presence of the Spirit of God." - Francis Chan