9 Reasons You Should Adopt, NOT Shop

Why shop when you can save an animal's life instead? 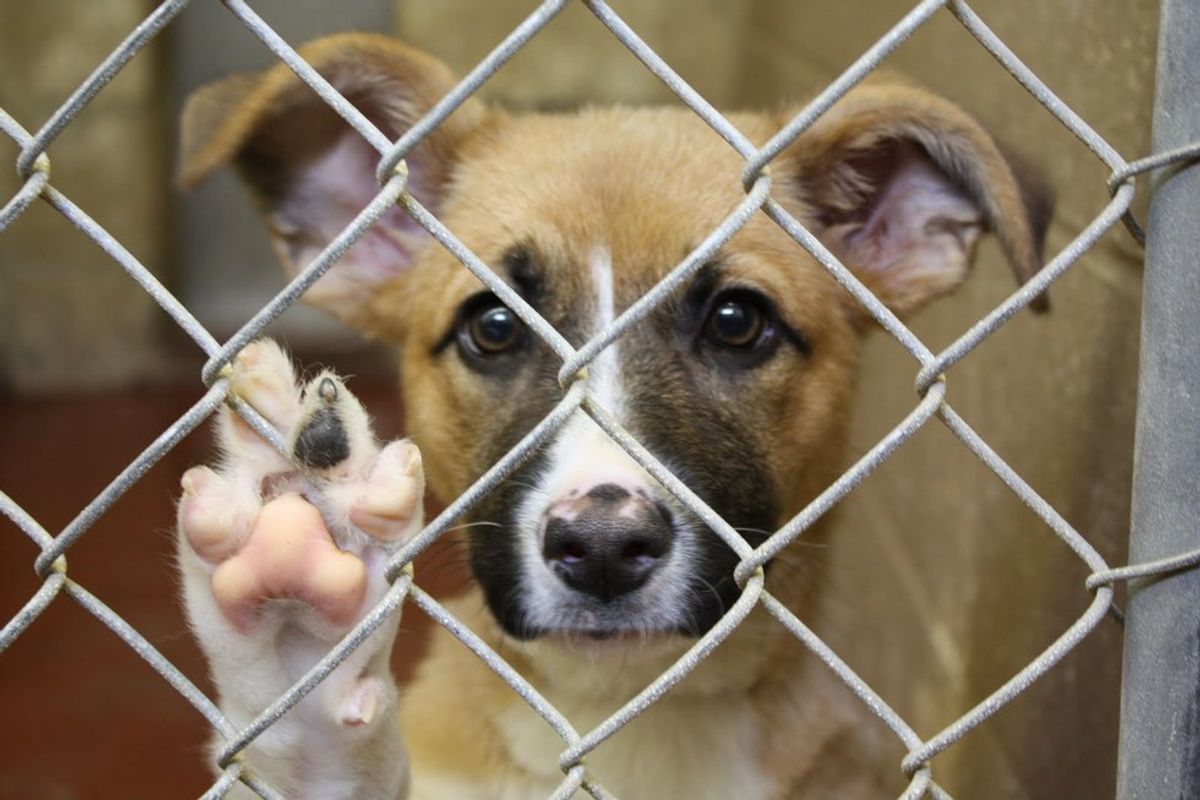 According to the American Society for Prevention of Cruelty to Animals (ASPCA), 7.6 million companion animals (otherwise known as any animal that we typically view as pets in the traditional sense) enter animal shelters each year, nationwide. Of that 7.6 million, 2.7 animals are euthanized. You may think these numbers are not that staggering, after all if 2.7 million animals are euthanized, that means that 4.9 million animals are adopted each year, right? No. While a vast majority will find their forever homes, many will live the entirety of their lives confined to tiny cages, receiving as much love and attention as they can from an overworked shelter staff-- and that's only if the animal was lucky enough to be surrendered or taken in by a no-kill shelter. More specifically, of the dogs entering shelters (approximately 3.9 million), 35% are adopted, 31% are euthanized, and 26% of stray dogs are returned to their owners. Of the cats entering shelters each year (approximately 3.4 million cats) 37% are adopted, 41% are euthanized, and 5% are returned to their owners. For many prospective pet owners, locating a breeder is the preferable option. A breeder guarantees the acquisition of a young animal, such as a puppy or a kitten, as well as guaranteeing breed specifications. Unfortunately, many pet owners "shop" for potential pets largely based on an ideal breed-- selecting the breed, not the animal. Another benefit pro-"shoppers" remark on is the insurance of a healthy animal. Breeders are forced to test their animals, upon breeding, for various ailments that are specific to that particular breed. Testing their animals insures a degree of expectation that the animal you purchase will be healthy. When you adopt an animal from a shelter, it is far less likely that you will know its history. However, you should not that deter you from adopting your next best friend. While there are a few advantages to shopping, there are twice as many advantages to adopting.

1. You can save an animal from euthanasia.

As mentioned above, 2.7 million animals are euthanized each year due largely in part to not being adopted within the shelter's allotted time period. You could be the difference of life and death for an animal, which should be reason enough to adopt, but I will proceed anyway.

2. You can give an animal a second chance at life.

Your adopted animal will forever be appreciative of the opportunity you granted it by giving it the life it would not have had otherwise. Your pet will have experienced a life free of companionship, morning cuddles, random treats, walks in the park, cat-nip, and games of frisbee. With your help, they could have this life and they will always show their unwavering gratitude towards you because of it.

3. They come trained and ready to go!

You will not have to deal with potty-training a puppy, or litter-training a kitten. For the most part, your new pet will have already learned those basic skills. Some shelters even do on-site training programs to ensure a well behaved and disciplined animal upon adoption.

4. Adopting an animal is a LOT cheaper.

*Disclaimer: You should never adopt an animal simply because it's affordable at that moment. Being a pet owner is not a cheap endeavor, so make sure a pet is something you can financially handle. On the other hand, a steep price tag should not deter able and willing pet owners from owning a pet. Adoption ensures that each pet is given a good home, as well as making it easier for great owners to attain a pet.

Turning away an animal is not something shelters and rescues like to do, but when shelters are filled to capacity, and fosters are maxed out as well, it can be a reality. The more animals adopted, the more animals a shelter or rescue can help. And with rising rates of animal overpopulation, particularly as it pertains to cats, there are many animals that could benefit from shelters and rescues. Currently, an estimated 70 million stray cats live in the United States. So not only are you helping one animal by adopting, but you're helping the next animal that will come in its place.

6. You're choosing the animal, NOT a breed.

The median age for an animal entering a shelter is under 18 months , therefore you will be getting to know a fully developed animal. The animal's personality will be developed by 18 months, therefore you will be introduced to every quirky characteristic that animal possesses. When you purchase a kitten or a puppy, you have no idea what that animal will become. You will not know if they are compatible with children, other animals, or will even be compatible with what you want in an animal. Often times a family will adopt a baby animal and find out later on in its life that it isn't the right pet for them. However, adopting eliminates that element of surprise.

75% of dogs that enter shelters are mixed breeds, which can be a major turn off for many prospective owners. However, it should not be. Mixed breed dogs tend to be healthier than pure-bred dogs and are noted to have longer life expectancies (8-15 years) than pure-bred dogs. This is because mixed-breed dogs because their genes draw from a broader gene pool than pure-bred dogs. Your mixed breed dog will also be able to draw from a variance of characteristics that are inherent to its respective breeds. This may mean the friendliness of a Golden Retriever and the intelligence of a Border Collie and loyalty of a German Shepherd.

8. If you're looking for a puppy/kitten, shelters and rescues have them.

A major reason people purchase their animals from breeders is because they want a puppy or a kitten. However, what these people fail to realize is that they are not limited to breeders. Shelters and rescues offer puppies and kittens as well-- some even pure-bred if that is a requirement for you.

9. And if none of that persuaded you, go ahead and watch these videos of animals getting adopted:

And try not to cry.

I urge everyone to consider adoption when deciding to add a furry friend to your family, you could save the lives of hundreds of animals in the process.

Nicole Marie Nigro
Individual Creator
8577
c1.staticflickr.com
Where to start...... Let me start with the cliche that life throws us curveballs and what we do with it is what counts.