Spice up your long distance friendships with these hilarious online games! 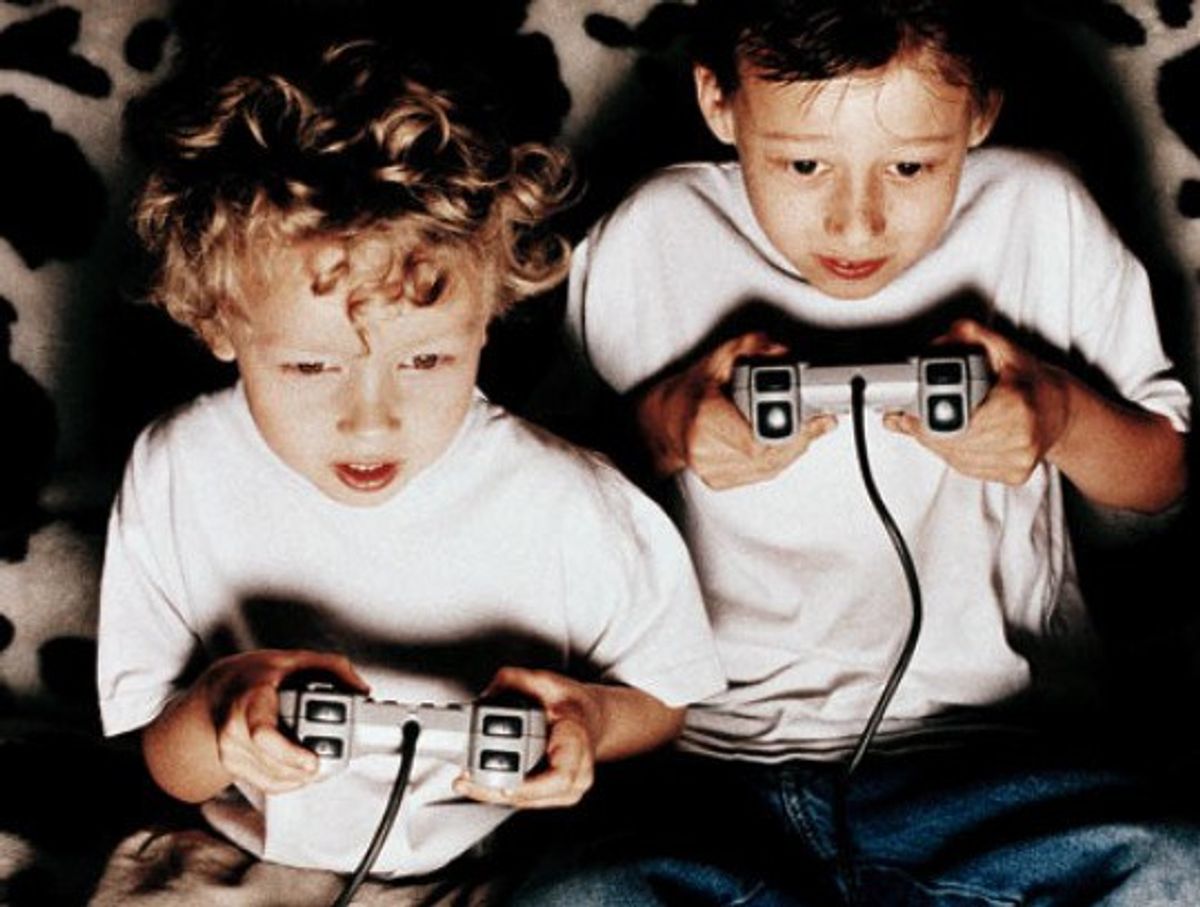 I love video games and I love my friends, so playing games online with my friends has become one of my favorite pastimes. Whether you have a long-distance BFF, or just enjoy playing games when you and your friends get together, here are some of my personal favorite multiplayer games! They're grouped by price, so pick the price level you're comfortable with, and then decide which game looks the best! Happy gaming!

Pretend You're Xyzzy is an online Cards Against Humanity clone! You can set up a room, with options for the score limit, player limit, and spectator limit (which you can put at zero if you value privacy). Then pick which card packs you want used in the game, and set a password for the room! Send your friends the room name and password, and you're all set to go! A great way to play Cards Against Humanity if you don't own the physical set, or if you have long distance friends. Check it out here.

Golf With Friends is currently on Steam Early Access, meaning the game is still in development and a full build will be released at a later date. That being said, the current version of the game is pretty awesome! Basically a minigolf game with two different courses of 18 holes each, Golf With Friends is surprisingly difficult! It has an online multiplayer option that allows you to set up a room with a password, and there's also a single player mode to brush up on your skills. In addition to normal golf, there are wacky options like increasing or decreasing the gravity on the course or changing the shape of the ball to an egg or cube! The full build is set to be released by the end of 2016, and it will include lots more levels and options. For now, this game is a great price for some wacky fun! Find it on Steam here.

Goofball Goals calls itself "the weirdest soccer simulator" and it more than lives up to the title. Basically, it's a game of soccer with characters that stumble, shuffle, trip and slip their way across the field. Hilariously weird, Goofball Goals is always a fun time! It's available as a free app for IOS and Android, as well as a download for Windows. The premium version is $6 and opens up more in-game options, but only one member of a multiplayer game needs to have the full version of the game for all players to have access to its options. So split the cost between some friends and prepare to bust a gut at the way these players move! Check out the website here.

Some Honorable Mentions for this price category are: Who's Your Daddy? and Shellshock Live. Additionally, there are lots of fun, though basic, flash games online for free that have multiplayer options. They might be worth checking out if you don't have money to spend on games!

Designed for three to eight players, Quiplash is like a wacky version of Cards Against Humanity! The players fill in the blank on absurd questions, and then vote on whichever answer is best (or least stupid)! The player with the most points at the end wins. Additionally, if you have a large audience (like a Twitch stream) or are playing with more than eight people, the game allows spectators to vote on the best answer as well, and influence the point distribution! This game is hilarious, whether played with college friends or grandparents, and definitely worth the money! One thing to keep in mind is that all players need a phone, laptop, or tablet (aside from where the game is being run) to input their answers on! Find more info on Steam here.

Only one copy of this game is needed, so split the cost between friends! A bomb disposal simulator that is compatible with the Oculus Rift virtual reality headset (but can also be played on a regular PC for those of you living in the past). Keep Talking puts one player in front of a bomb and the rest in front of a manual with instructions. A game that makes communication breakdown all too easy (for example, buttons that say the word "blank" or "nothing"), Keep Talking is one of the best multiplayer games out there. One downside is that it doesn't have its own voice client, so you'll need to boot up Skype or dial the phone if you're playing remotely. This game might destroy your friendships and is crazy addicting, so beware. Find the game's website here.

Duck Game, as indicated by the name, is a game where you play as a duck. Who is using all manner of ridiculous weapons to kill all the other players, who are also ducks. It's a fun and fairly difficult game that requires more strategy than you'd think. There are a bunch of different levels and weapons for a new experience every time, as well as a level editor if you want to design your own! The game is for two to four people and has both online and local multiplayer. Duck Game will definitely bring out your competitive side! Steam page is here.

Some Honorable Mentions for this price category are The Culling and The Forest, two fairly new games that are gaining a lot of traction for their fun mechanics and multiplayer modes! Check them out if you want more options!

Tabletop Simulator is a weird entry on this list. As the name would suggest, it simulates a table. You can use this online table to play practically every board game ever invented, plus some. The game comes with options such as chess and checker, but the Steam Workshop has everything from Guess Who to Uno to Settlers of Catan. If you're really into board games and want to play them with your long distance friends, this is definitely worth looking into! And the best part? You can flip the table if you're losing. Find it on Steam here.

Both The Jackbox Party Pack and it's sequel, The Jackbox Party Pack 2 are some of the best party games out there. Each pack comes with four different games, and they're all designed for fun and hilarity with a group of friends! Check out the specifics for each pack here and here, and add some fun to your next party!

Space Food Truck is a fairly new game for one to four players! It's a digitized board game where you operate a food truck in space, with the goal of cooking different recipes and delivering them to customers. Avoid crises and random events while building a deck from cards you pick up in each new location you visit. You can play as the Captain, Cook, Engineer or Scientist, and each has different jobs and abilities. I like this game because the single player mode can be just as fun as multiplayer! One warning though, the game can be quite long, especially when you're new to it and still figuring out the rules and strategy. But it's equal parts hilarious, frustrating and weird and definitely worth checking out! Find its Steam page here.

The Honorable Mentions for this price range are Rocket League and Minecraft! Two totally different games, but each is really fun in its own way!