8 Ways You Know You're Back In Lahore
Odyssey

8 Ways You Know You're Back In Lahore

As soon as I stepped foot onto the soil of one of my favorite cities, it was evident that I was no longer in Massachusetts, and this fact became more and more certain as the days passed. For anybody who visits Lahore during winter break, here are eight ways you know that you have reached "The Paris of the East." 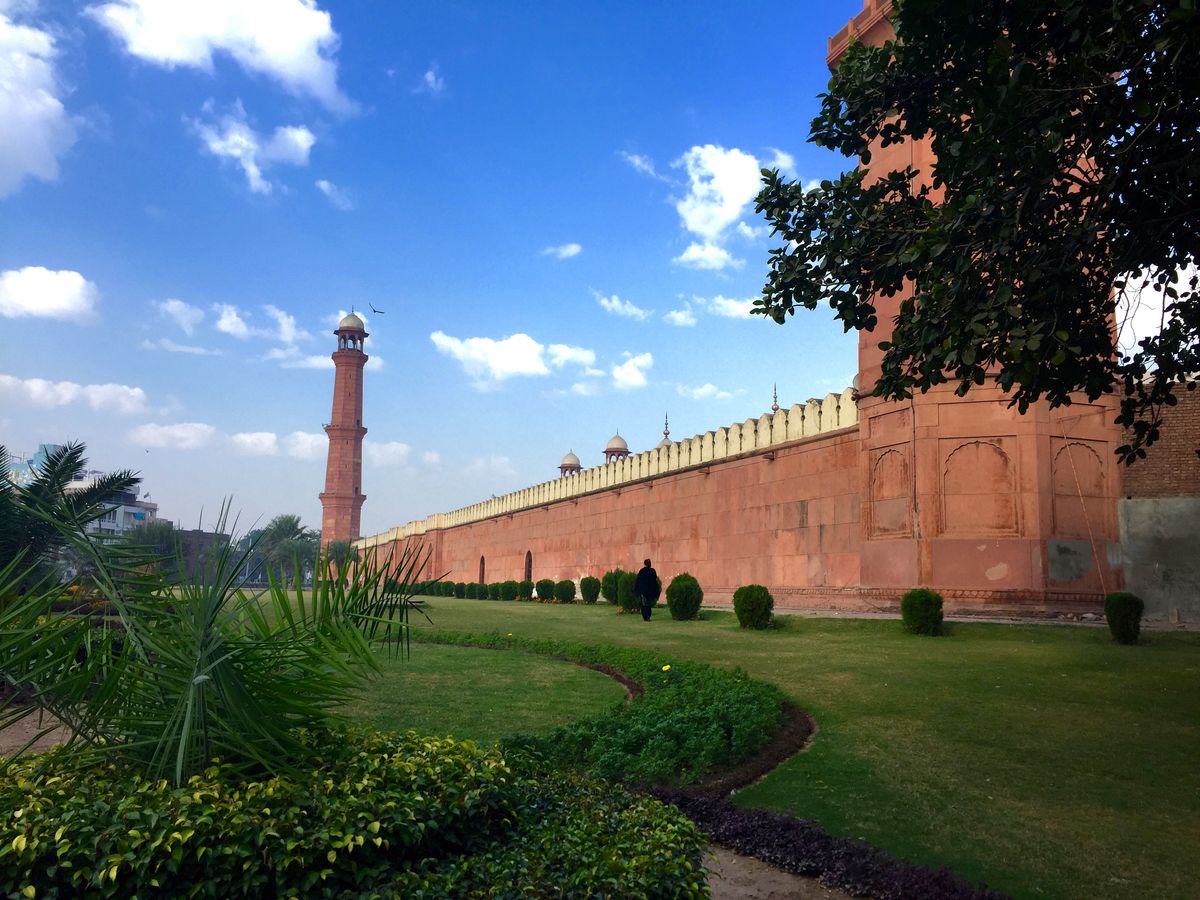 "Interesting" is too small of a word to describe the experience of coming home after break, especially when you live in a different country than the one you study in. For a person like me, who studies in New England but visits Pakistan for winter breaks, culture shock is always inevitable. This winter, I flew away from Boston's snowy landscapes, cut and dry architecture, and relatively sensible traffic towards Lahore's relentless noise, vibrant streets, and copious amounts of billboards. As soon as I stepped foot onto the soil of one of my favorite cities, it was evident that I was no longer in Massachusetts, and this fact became more and more certain as the days passed. For anybody who visits Lahore during winter break, here are eight ways you know that you have reached "The Paris of the East".

After your plane touches down, you make it through customs, and you pick up your luggage from baggage check, this is the inevitable first sign. You step outside onto thousands of strewn rose petals to greet everyone and their mothers -- literally. Considering how Lahore is home to over ten million Muslims, there is no question as to why the Allama Iqbal Airport is always crammed with people leaving for or returning from Saudi Arabia for Umrah, an Islamic pilgrimage to Makkah. And if there are going to be pilgrims, there is obviously going to be the pilgrims' families eagerly waiting outside of the airport to meet their loved ones. When I say "meet", I'm talking about families of ten or more ready with flower garlands, throwing rose and jasmine petals on the concrete, yelling in loud Urdu or Punjabi to catch their returning family member's attention, and greeting them with five minute long embraces. For all these reasons, finally leaving the airport to get home is always a cumbersome experience.

I'm not even talking about just chicken tikka or biryani--when we say Lahori cuisine, we mean the real Lahori cuisine. Here's a quick rundown on the Punjabi basics:

- Sarson da saag: A vegetarian dish made from mustard leaves, butter, and copious amounts of spices. Tastes wayyy better than that saag you find at Minerva's.

- Makki di roti: Unleavened cornbread, but much more appetizing than its English translation. Is absolutely superb when you pair it with saag.

- Namkeen lassi: Once again, this is nothing like the mango lassi you get at Minerva's. This lassi refers to a yogurt-based drink mixed with spices and lots of salt and is always a lunch treat.

- Gajrela kheer: A dessert pudding made with carrots, milk, and rice, and a sweet finish to all that saag and tikka you've just eaten.

Get ready for the relentless noise that accompanies you wherever you go in Lahore. Whether it's five dhols (drums) banging in unison outside of your house at 11 PM because your neighbors are having a function, the twenty azaanon (call to prayer) happening at the same time at varying volumes (almost like the muezzins are in a competition to see who's the loudest), the Walls ice cream cart jingle playing on the street and the consequent sound of children racing towards it, or the constant beeping of car horns and traffic on MM Alam Road (a commercial hub in modern Lahore), Noor Jahan's songs blaring from a truck's radio, the unique commotion of Lahori streets and neighborhoods will always be there to make sure you're never alone.

But wait a minute, even if Lahore was the quietest city in the world, you'll still never be alone! Why? Because going home never means you're going home to just your parents and maybe a sibling or two (three in my case). Thanks to the concept of extended family houses, your situation will probably be similar to mine if you're going home to not just your immediate family, but your aunts, your three cousins, your uncle, both sets of grandparents, your cat, and your dog. Privacy, similar to silence, is a foreign concept, and speaking of silence as a foreign concept, you probably will not find any at home, what with the sound of your young cousins screaming or your grandmother yelling into the phone in Punjabi or your dog barking at sight of any guest arriving at your house.

And another bride, and another bride, and so on. The point is that vacations, especially winter vacations, are absolutely stuffed to the brim with the infinite number of weddings that you'll attend. Because summers are usually boiling hot and sweaty (makeup tends to melt off once the temperature hits 100 degrees Fahrenheit), winter is the prime time for everyone to get married. An important thing to note is that weddings are never two day affairs in Pakistan; the number of events tend to take up at least a week. And the preparation? Way, way longer. When I got here, I found myself taking up the responsibility of event manager for one of my friend's wedding functions; specifically, the mehndi, or the day where both the groom's side and the bride's side hold their dance performances. Therefore, most of your winter "break" tends to be taken up by dance practices and dress fittings.

Thanks to the ridiculous amount of pollution present in Lahore. In winter, the fog mixes with the pollution in the air and presents the inhabitants with a thick smog, such that it becomes so difficult to see and makes it necessary to wear face masks when going outside for prolonged periods of time. The pollution in Lahore has several causes that include rapid industrialization, vehicular emissions, and tree slashing. Suffice to say, this is not one of the aspects of Lahore that are particularly welcoming and if anything, becomes more alarming as the years pass.

The correct way to calculate Pakistani standard time is that you take the time for a planned event, like a lunch with friends or a concert, and you add two hours to it. Have a date at 7 PM? Wrong, it's 9 PM. The wedding reception starts at 8 PM? More like 10 PM. This is one of the things that I've always had the most issue adjusting to, resulting in several occasions where I was the first to show up at an event and was the only one there for the next three hours until another person came to my rescue. The laxness of time really speaks to our population's collective personality; we're relaxed and unconcerned people by nature.

8. The number of billboards that crowd your vision

We're a city that's overpopulated in every aspect, so not just people, but also weddings, spices, sounds, and of course, billboards. In the twelfth grade, my AP Economics teacher had called Lahore "The Billboard Capital," and true to this nickname, you're going to see at least twenty of them wherever you go. I'm pretty sure that most of our vehicular accidents happen because the huge, colorful, advertisements at every corner were a giant distraction to the driver. On the road, you're going to see advertisements for everything from Coke Studio TV (hell yeah) to skin whitening creams (gross) to political campaigns (um) to Dairy Milk chocolate (sweet).

In my city, we have an expression that speaks volumes in its simplicity: "Lahore Lahore hai," or "Lahore is Lahore." Because at the end of the day, that's the easiest way of describing the city. You can come up with a million identifiers, but there is nothing as concise or as descriptive as this three word phrase. Lahore, here's to coming back to you.