8 Differences Between City and Rural Life

8 Differences Between City and Rural Life

The essence of big cities has made me a city girl 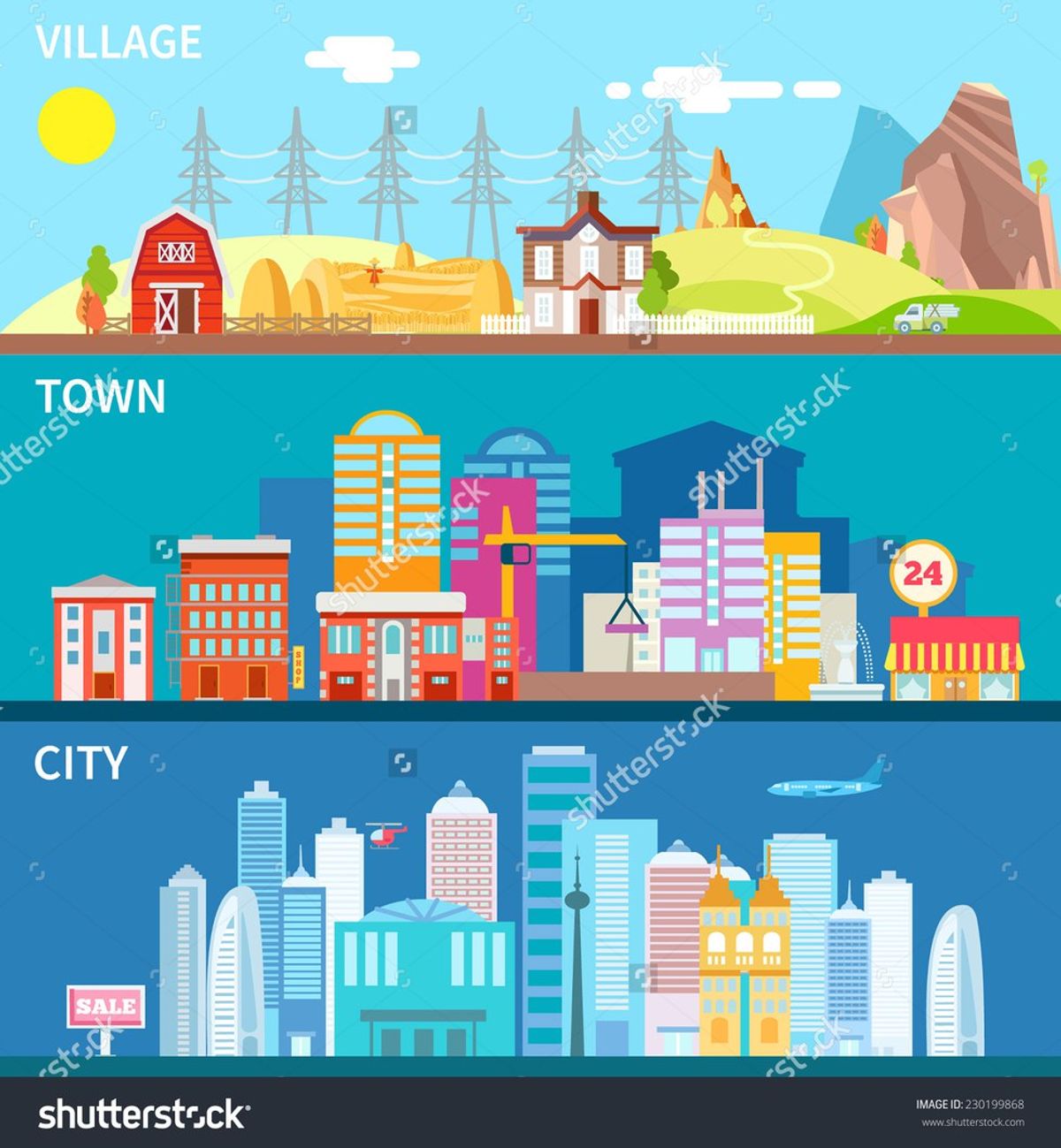 Nearly two months ago, I left Beijing, a major city in China in which I lived for 18 years, and came to a rural town called South Hadley where I go to college. This is a huge change for me, not only with respect to the cultural gap between the US and China, but also the difference between living in a city versus a small town. Being raised alongside large populations, squashed residential buildings among clusters of skyscrapers, easy access to modernized commodities and constant hullabaloo everywhere—all the essence of a big city has formed inside me a typical character of a city girl.

I went to New York before coming to South Hadley when I first came to the States, and I went back to that city last week. I travel back and forth between a city and a town, combining these experiences with my previous ones in living in both environments.

Size of the crowd is the most significant difference one notices when they travel from a big city to a small town. This difference is better to be sensed with eyes and ears rather than to be demonstrated concretely with actual data. Walking down side paths without having to shoulder through the crowd, crossing empty streets at 7 in the evening, stepping outside the house feeling no rough noises drumming into ears…Small population makes the tranquility of a suburban town.

Lovely rural villas can be found scattered amongst fields of wheat and corn. Houses rarely reach to 3-floors in height and are never packed into dense, suffocating blocks, like in big cities. Skyscrapers are the symbol of cities. A large population forces cities to occupy space upwards because expanding space on the ground level is no longer an option. People’s lifestyles differ greatly along with this disparity of building style.

Small populations bring people closer to one another. Most people in small towns have been in the community all their lives, and this familiarity elevates neighbor relationships into a more intimate sentiment that comes closer to kinship.

Quite oppose to this amiable bond among rural resident community members, city residents find establishing friendship with their neighbors very difficult. They either are sheltered inside one of the small blocks in skyscrapers or fasten their pace on the street, keep their heads down to avoid eye-contact with strangers. The sense of indifference is pervaded into every corner of the city. Some people appreciate this indifference as a “polite, appropriate distance for respecting personal space;” others might criticize it for “the city has corrupted the benign essence of human beings” because people raise their vigilance out of distrust to one another.

“In a small town you leave your key to your neighbors and let them watch your dog, while in a big city you check your door lock all the time,” people say.

You never fail to find sweatpants and sneakers, or even PJs around a rural neighborhood. People don't care much about dressing, for they've known everyone in the town since they were born.

In big cities, however, you need to dress up everyday in order to fit into the crowd. You can’t help caring about your look in front of thousands of strangers on the street, even though you probably won’t see them ever again. You wear heels and dresses, or you suit up with cufflinks and ties before you feel confident enough to get yourself out there, presenting yourself in front of the whole city.

Transportation is completely different between cities and towns. In small towns, complex underground systems are not needed, and certainly no viaducts and highways are built every five steps. Streets are almost empty, even in rush hours. People use more cars, bikes and motorcycles instead of trying to get into a packed subway carriage. Buses comes every hour, sometimes every two hours, while in large cities, especially those in China, buses come every 5 minutes—and it’s still not enough.

Taking a bus for an hour and a half just to get to a Target is not fun at all. People tend to horde daily necessities and put “grocery shopping” in their monthly schedule. Online shopping also becomes one of the major means of getting household items.

Cities are certainly much more convenient. There’s a grocery store, if not a supermarket, on every block, and there never fails to be giant shopping malls with all the brands you can think of.

People living in rural areas get up at 7 and rest before 11. As I live and study in South Hadley, I gradually came to be adjusted to this time-table as well. While in big cities, especially New York, which has a reputation of being “the city that never sleeps,” nightlife is a major part of people’s lives. “When you want to get dinner, you make a reservation at 10,” keenly observed my friend, who has lived in NY for the past decade.

“All you see everyday are trees,” remarked one student who goes to college in South Hadley. This is solid fact. Woods, blue sky and twinkling stars are always around in rural towns, while in big cities, they are substituted by neon lights and concrete jungles. Rural environment has its tranquil atmosphere, but some people prefer the vibrancy of the city over this peacefulness.