8 Celebrities You Didn't Know Were Filipino

8 Celebrities You Didn't Know Were Filipino

October is Filipino American History Month, so let's celebrate together with our brothers and sisters of Filipino and Fil-Am culture! 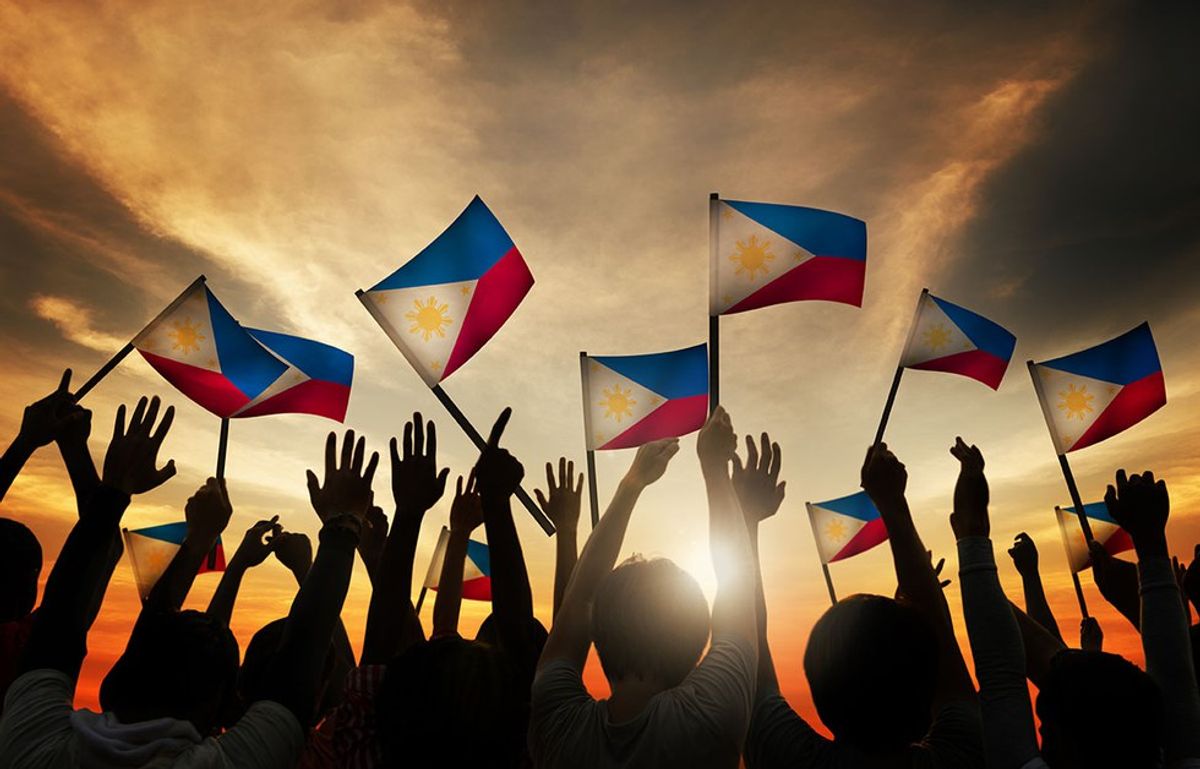 If there's one thing I know about Filipinos and Filipino-Americans, it's that we love to support other Filipinos in America, whether it is sports, movies, TV shows, music, or even politics. The pride and passion that Filipinos have for the country is moving, and it definitely shows through when we find out our favorite celebrities are of Filipino descent!

Now, there are the obvious ones, like boxer Manny Pacquiao and singer Jessica Sanchez, but have you ever looked at a celebrity and thought, "Hmm, they could be Filipino..." (I admit, I do it all the time)? I did a little bit of research, and even I was surprised at some of the people I found to be a part of the huge family that is Filipino ethnicity.

Rob Schneider is a fairly well-known actor, and I bet his recurrent cultural jokes are starting to make a lot more sense to you. Admittedly, I knew this one already, but I like to see the looks on people's faces when I share this little fun fact – his mother is half Filipino, and she shared lots of that side of her with her family as she raised them.

IMO, Shay Mitchell is one of the most beautiful people to walk this planet; I'm sure my Pretty Little Liars fans can back me up on this. When I found out that she was half Filipino (also being 25% Scottish and 25% Irish, like can a person be this perfect?), you could only imagine how much more intense my woman crush on her got.

*Cue swooning* Yes, my Filipino brothers and sisters, this songbird is one of us. Born in Madrid to his Spanish father and Filipino mother, Enrique Iglesias was destined to be a singer – duh, his dad's a singer, and his mom's Filipino (probably had lots of practice via Magic Mic karaoke). Fun fact: his second cousin is actor Steven R. McQueen; it's just a family of heartthrobs.

This one definitely took me by surprise. Hailee Steinfeld is incredibly talented, not to mention beautiful beyond expression. Being a musician myself, I remember first hearing "Starving" and thinking it was really catchy. I guarantee the song will have at least 300 plays on my iTunes by tonight.

Another Eurasian celebrity that has stolen the hearts of many, Darren Criss is just one of those faces that you can't help but smile seeing. TBH, he's ones of the only reasons I watched Glee for as long as I did, and writing this article has sparked some interest in getting back into it.

You may not know the name Lea Salonga, but you've most likely heard Princess Jasmine from Aladdin and Mulan, the hero of China, sing in their respective Disney films... well, now you can put a face to the voice! It's so awesome being able to say that some of my favorite Disney princesses are basically Filipino.

Serious question – does anyone else watch the Discover stories on Snapchat? I don't know how it started, but I got into them sometime this past summer, and all I remember is seeing this gorgeous face on the Tastemade Snapchat story. He was making ube pancakes, and my heart melted once I realized that he was Filipino. Unfortunately (for me), he's in a committed relationship with Fil-Aussie Anne Curtis, one of the most popular celebrities in the Philippines. #Goals

Last, but certainly not least, the woman I'm sure our 12-year-old selves wished to be when we grew up has that Filipino blood in her, too! Her Filipino side came from her biological father, but sadly, he and her mother separated when she was young. Nicole Scherzinger then took her stepfather's name when he married her mom and adopted her and sister.

Happy Filipino American History Month to all my Fil-Ams and lovers of Filipino culture!