Dungeons and Dragons is even cooler than you think. 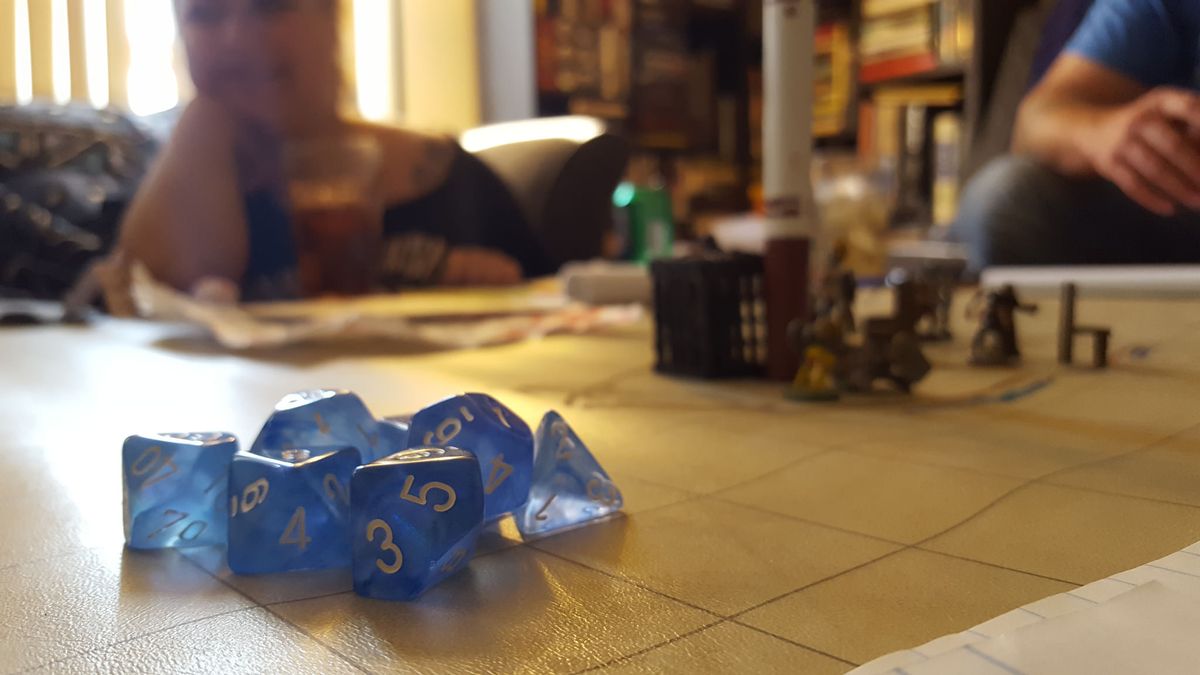 The day was December 21st, 2012. That was the day the world was supposed to end. At least, that’s the significance this day held for most people. While everyone else was freaking out about the apocalypse, I was in a basement in Rogers, Minnesota with six friends, playing my first ever tabletop role-playing game, or "RPG." It was an absolute blast, and I’ve been playing tabletop RPGs ever since. Since that day, more and more people in my hometown have started playing, to the point where that first game of seven people has grown into a small community of players. The most popular game among us is Pathfinder, but all of us have branched out and tried other games as well, like Dungeons and Dragons, Call of Cthulhu, Shadowrun and Deadlands. After playing them for years, I’ve come to learn that playing tabletop RPGs has many benefits, some of which you might not expect. Here're just a few:

This is probably the most obvious one. In most Tabletop RPGs, the person designated as the Game Master, or Dungeon Master (DM for short) sets up challenges for the players, and the players choose if, and how, to complete those challenges.

Most of the tabletop RPGs I’ve played have been with between two and six other people. If you don’t learn to work as a semi-functioning team, playing will quickly become more of a chore than a fun hobby. Your team won’t advance in the game, opportunities for fun will get squandered and your DM will very likely get sick of the game and quickly kill off the whole party in an “accidental" potion-lab explosion.

Some tabletop games are very linear, and don’t require as much out-of-the-box thinking, but many are far more open-ended. In these games, very rarely is there ever one clear solution to a problem. There are an enormous amount of variables to evaluate, and an enormous variety of actions you can take. This means tabletop games require lots of creativity to play well. Oftentimes, the more creatively you play the game, the more entertaining the game will be. Much of this creativity comes from interpreting and acting as your character, the “role-playing” part of Role-Playing Games. When all players are putting lots of effort into creating and performing entertaining characters, the result is effectively a low budget Pepsi-fueled theatrical production in your living room, occasionally interrupted by a brief chess game with magic missiles and decapitations...which I personally think is pretty great.

As a guy with powerful introversion skills, creating new friendships or even making small talk with strangers is often a daunting task for me. That is why I believe that playing tabletop RPGs is an objectively great way to make friends with people. It combines the strengths of several other activities into one; not only are you working together to solve problems with the other players, but you are interacting with them through your characters. This may just be me, but something about getting to know someone else primarily through a character they have created while I do the same helps put me at ease in regards to getting to know them. Especially if that person is a Half-Orc guardian of the forest with a passion for playing the lute, ‘cause who wouldn’t want to get to know a guy like that?

During the downtime between quests, DMs and players spend a lot of time doing research and setting up plans for the next game. However, if you ask any long-time RPG player, they’ll tell you that these plans usually get thrown out the window within about 5 minutes of the beginning of the game. It’s simply the nature of the activity, so improvisation is key. Players need to be able to adapt to the wants of their group and the story the DM has set up, and DMs need to be able to adapt when their players ignore their beautifully crafted epic fantasy storyline in favor of mucking around in a Goblin forest for 6 hours.

This one is specific to the DMing process in tabletop games. I participated in games as just a player for a few years before trying to run my own game. When I did, I learned that, in order for the game to be successful, I really needed to put my players first. One of the most common mistakes a DM can make when creating their quests is to focus too much on the storyline they've created, and not consider what the players actually want to do. When this happens, players feel more pieces on a chessboard than mighty adventurers. While it is the DM's responsibility to craft a fun world and narrative, the DM must have the ability to remove their own ego from their task and be willing to bend to the will of their players every now and then.

No joke, playing tabletop games throughout high school actually made me better at studying. Major RPGs like Dungeons and Dragons, Shadowrun and Call of Cthulhu have an enormous amount of rules and mechanics to be aware of when you play. Playing RPGs gives you the opportunity to learn lots of facts and information, and then immediately apply that information in a creative setting. What a concept!

Playing RPGs with my friends has given me so many fun memories over the years, and I intend to continue playing for a long time to come.