7 Reasons Why Christmas in Puerto Rico Can't Be Beat
Odyssey
CurrentlySwoonLifestyleHealth & WellnessStudent LifeContent InspirationEntertainmentPolitics and ActivismSportsAdulting
About usAdvertiseTermsPrivacyDMCAContact us
® 2023 ODYSSEY
Welcome back
Sign in to comment to your favorite stories, participate in your community and interact with your friends
or
LOG IN WITH FACEBOOK
No account? Create one
Start writing a post
Lifestyle

7 Reasons Why Christmas in Puerto Rico Can't Be Beat 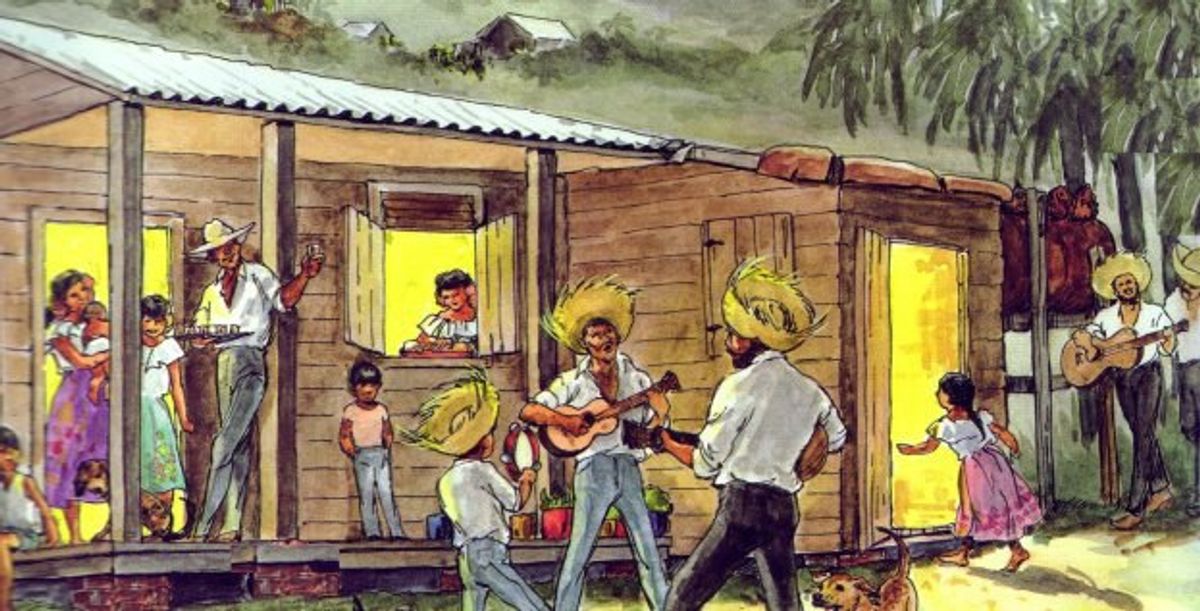 While it's great to enjoy the snowy Christmas, and I'm looking forward to building a snowman since it's something I still haven't done, there's nothing like Christmas back home in Puerto Rico. Here's why:

Christmas in the States is over immediately after New Year's. In Puerto Rico the party goes on until almost February. In fact, I've seen people still have their tree up come Valentine's Day.

I'm not sure what constitutes a typical Christmas meal in the United States, but I doubt it matches up to ours. Nothing compares to a plate of arroz con gandules, pernil, pasteles, and ensalada de coditos followed by tembleque and flan.

This should be a part of point #2 since it's food, but I feel like being up in the mountain and watching a pig roast is another event in itself. No Christmas is complete without a "lechón asao."

Coquito is the equivalent of eggnog but better, mainly because it has coconut in it. And of course, no coquito is complete without Puerto Rican rum.

Waiting for the Three Kings is way more special than waiting for Santa. Sure leaving cookies and milk out is fun, but there is something magical about going out and finding the best grass to leave out in a box underneath your bed for the camels.

Parrandas are the Puerto Rican version of Christmas caroling. People will gather at someone's house late at night with instruments ranging from guitar to güiros to tambourines. The whole point of a parranda is to "asaltar" someone else's house, meaning you stand outside and start singing loudly with the intent of waking them up and having them join you. These can go on into the early morning hours and are a ton of fun! (Though I have been guilty of skipping out early and going to bed...)

Puerto Ricans know how to party and the Fiestas de la Calle San Sebastián are no exception. These basically consist of a weekend-long party, with activities going on day and night through the streets of Old San Juan. Hundreds of thousands of people crowd the streets every year and it is something you don't want to miss.

Nicole Marie Nigro
Individual Creator
6017
c1.staticflickr.com
Where to start...... Let me start with the cliche that life throws us curveballs and what we do with it is what counts.